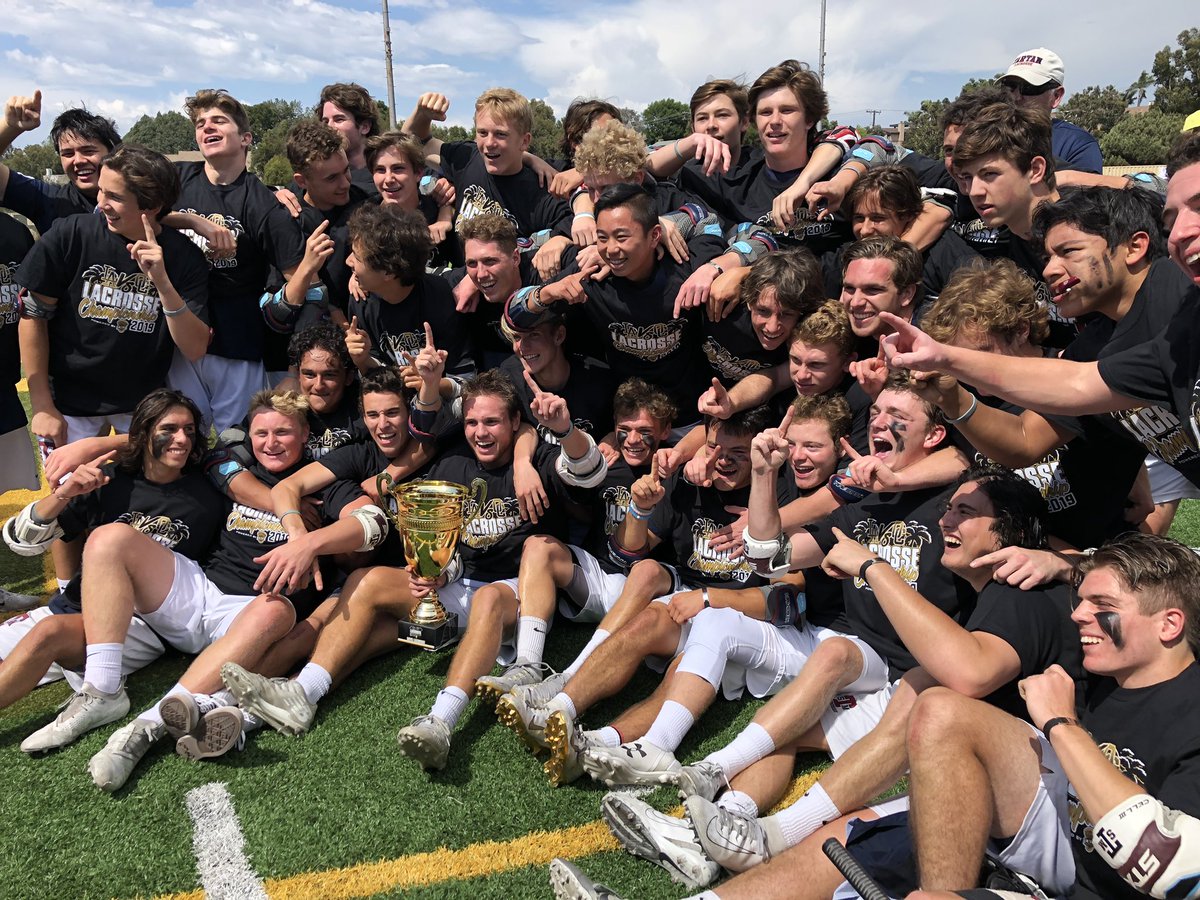 The Tartans had a singular focus through the 2019 season: get back to and win the Southern Section championship game. St. Margaret’s got back and let out a year of frustration on the team that handed them last year’s loss.

The Tartans were dominant with goalie Zane Handy posting a shutout through three quarters, senior Stuart Pollard owning the face-offs and controlled offensive execution in a 13-4 win over Loyola of Los Angeles in the US Lacrosse Southern Section title game on Saturday, May 11 at Mira Costa High School.

“We do a thing throughout the year where the seniors write letters,” St. Margaret’s coach Glen Miles said. “Everybody talked about that loss last year. It hurt a lot last year. I’m really proud of them and all the work they put in overcome it. You’ve got to dust yourself off and come back, and they did that.”

St. Margaret’s senior Kevin Groeninger (4 goals) talks about the Tartans finally getting that championship back in the US Lacrosse Southern Section. @SMESAthletics @KevG_9 @CapoDispatch pic.twitter.com/VRL4J8Reth

Pollard controlled 17 of the game’s 18 face-offs to set the pace and keep the ball in the Tartans’ sticks. When the ball did leave the zone, the St. Margaret’s defense was stellar, and Handy was phenomenal with 14 saves, including 12 in the first half.

“I’ve been with them since seventh grade,” Miles said, “and to see them get what they wanted, because they hadn’t had one. It’s pretty special.”

St. Margaret’s continually wore out Loyola with long, controlled possessions that ended with a goal through the entirety of the first three quarters.

The Tartans also capitalized on their man-up opportunities, with five goals on nine chances through three quarters. The Tartans didn’t get assessed a penalty until the final seconds of the third quarter. It was a discrepancy that infuriated the Loyola sideline.

Emotions boiled over in the third quarter as Loyola was assessed eight penalties. The Loyola coaching staff yelled at the referees asking for explanations for calls and non-calls, and the referees left many confused on how to apply the penalties against the game’s running clock after St. Margaret’s established a 10-goal lead.

After much consternation both ways regarding the time and physical play on the field, the referees stopped the running clock, and each team looked for a level head to play through the final quarter.

Loyola eventually cracked the scoreboard in the fourth quarter, going three for three on man-up opportunities.

This was the final edition of the US Lacrosse format of the playoffs. Next season, CIF-SS will take over the playoff structure.