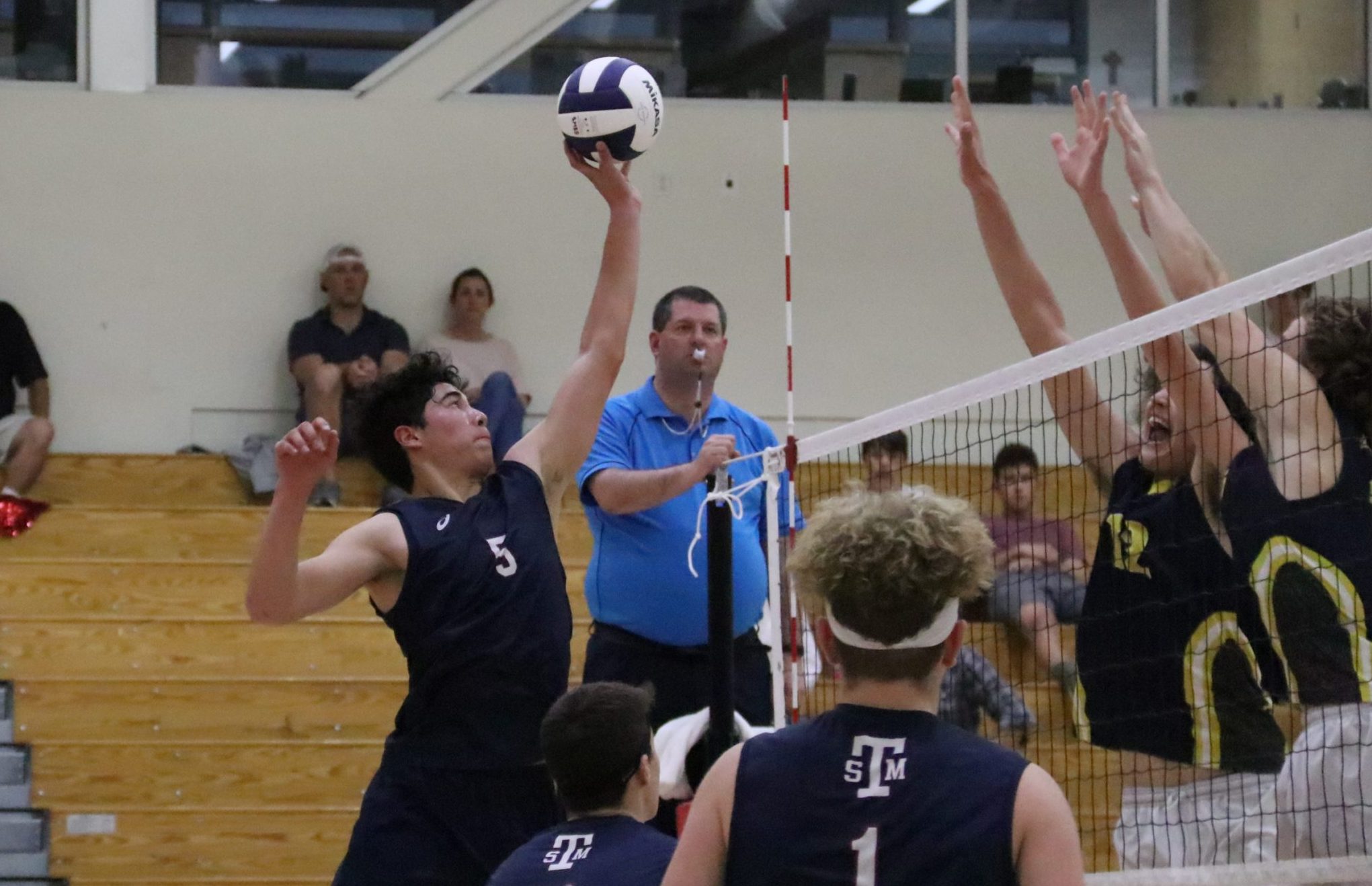 SAN JUAN CAPISTRANO – There were several opportunities for the CIF-SS Division 4 semifinal to slip away from St. Margaret’s.

Long Beach Millikan came in strong and led nearly the entirety of the first set, but the Tartans found the resolve to come back and make that set tight and then take the second set to level the match.

Millikan again came out firing in the third set to go ahead in the match, and the Bears were roaring deep into the fourth set. St. Margaret’s chance to secure a CIF-SS Finals berth on its home floor could have turned to dust, but the Tartans locked in to finally seize the opportunity.

“It took us a while to get comfortable, and I’m not sure we ever really did,” St. Margaret’s coach Bob Yoder said. “They (Millikan) were the best blocking team we’ve faced. They had guys on us quick and had a good solid outside. Down 2-1 to come and battle, that’s good character. It’s really easy for a team to roll at that time, but they kept playing and we got some breaks.”

Third-seeded St. Margaret’s (26-8) will host top-seeded league and city rival Capistrano Valley Christian (24-7) in the CIF-SS Division 4 Final on Saturday, May 14, at 6 p.m. The Eagles took both meetings against the Tartans this season – a sweep at St. Margaret’s on March 17 and a five-set match at CVCS on March 29.

“We’ve got a few things we’re doing better than (the last meeting),” Yoder said, “but it’s really about performing in the moment, in a finals environment. See who can handle that.”

St. Margaret’s will be playing for its third CIF-SS title in its sixth CIF-SS championship game. It’s the Tartans’ first CIF-SS Final since the 2015 Division 4 title game, which was also an all-San Juan Capistrano match against then-Saddleback Valley Christian. SVC won that match – its third of four consecutive titles – with head coach Ryan Van Rensselaer, who is now the head coach at Capistrano Valley Christian.

St. Margaret’s hadn’t dropped a set in reaching the semifinals with sweeps over Hemet, University and Oak Park.

Long Beach Millikan (24-9) put a dent in that number for the Tartans straightaway. The Bears led by as many as nine points twice in the first set with strong net play, and despite a late charge from St. Margaret’s, Millikan won the opening set, 25-23.

The second set was more closely played as the teams played to a 14-14 tie, but the Tartans established a solid lead with a 5-0 run. St. Margaret’s largest margin in the set was the final margin, 25-19. Sophomore Drew Bowman improve the Tartans’ play at the net, and sophomore Reed Wainwright earned key kills at the finish.

Millikan established an early advantage in the third set and never let St. Margaret’s get all that close. The Bears took the third set, 25-18.

In the fourth set, Millikan threatened to run away with the match with a 5-0 run for an 11-8 led. St. Margaret’s called a timeout to stop the momentum and pushed back with a 6-1 run to retake the lead, 14-12. After a 14-14 tie, the teams traded points until a 19-19 deadlock. Sophomore Russell Frye came in clutch late in the set, and junior Shane Aitken took the win for St. Margaret’s with an ace, 25-21.

The teams traded the first six points of the decisive fifth set until the Tartans grabbed the advantage with kills from Frye and Bowman for a 9-6 lead. Millikan cut the lead back to two, but errors by the Bears sent the St. Margaret’s lead out to four points, 12-8. Millikan would fight off two match points to bring it back to a one-point contest, but St. Margaret’s would seal the deal on the fifth set and the match, 15-13.

Wainwright and Frye were the kill leaders for St. Margaret’s with strong play from junior Luke Reinkensmeyer and offensive direction from the setter Aitken.