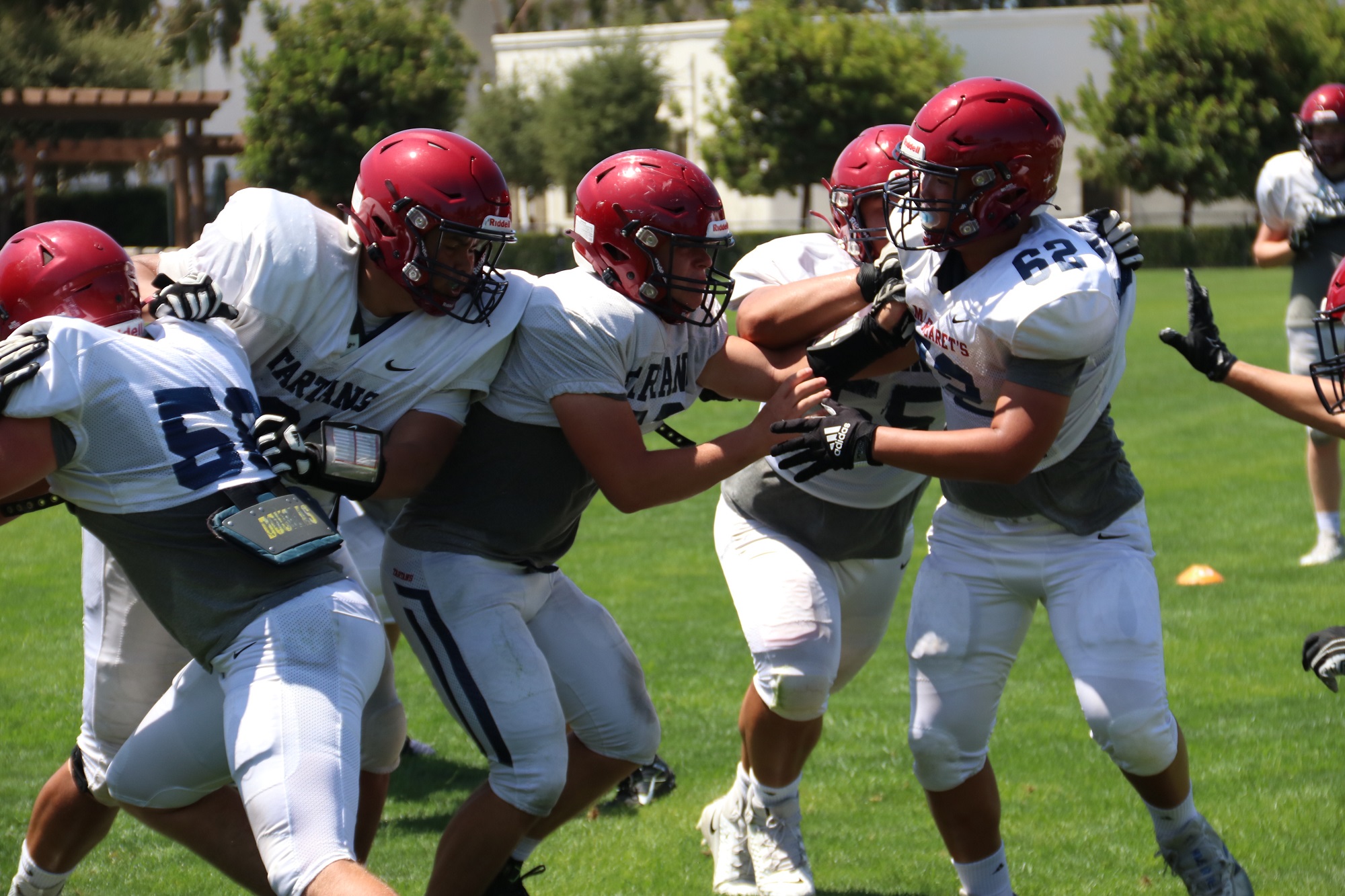 Orange reached the end zone on each of its first four possessions to spoil St. Margaret’s Homecoming in a rout, 56-21, in an Orange Coast League game on Friday, Sept. 23.

The Panthers pounded the rock to the tune of 386 yards, led by junior Kobe Boykin’s 212 yards and one score on 23 carries.

Boykin’s shiftiness manifested itself as Tartan defenders appeared to slide right off the running back all night long.

Orange quarterback Hype Grand fulfilled his namesake, contributing a 6-for-13 passing performance for 109 yards and three touchdowns. He also ran for 73 yards and another score on just six first-half carries, as the Panthers built a comfortable 35-7 lead going into halftime.

The Orange offense both started fast and wore down St. Margaret’s, leading Tartans head coach Kory Minor to cite health as a key concern heading into the rest of the season.

Minor added that the small team, which also starts preseason practice later than most schools, is behind because of a lack of quality reps and tackling opportunities. However, he said he saw the Tartans tackle markedly better in the second half of Friday’s contest.

St. Margaret’s (0-6, 0-2) is still seeking its first win in its first season in the Orange Coast League, and the Tartans will take on Estancia on the road next Friday, Sept. 30.

The Tartans came right back down the field, and junior QB Max Ruff threw it to senior Andrew Miehe on a screen pass that resulted in an 11-yard touchdown.

Despite rotating with quarterbacks Grand and freshman Oscar Rios, the Panthers led three efficient drives in a row that ended with six points each. Grand gave Orange a 13-7 lead after scrambling and diving over defenders for an 18-yard score, then found Centrell Wise on a 4-yard slant pass to extend the margin.

A few plays after St. Margaret’s fumbled the ensuing kickoff, Rios located Jakob Copeland over the middle for a 12-yard touchdown.

Copeland closed the first half by pulling down a jump ball in the end zone from 21 yards out to solidify the Panthers’ lead.

The Tartans found a groove offensively in the second half, and after a 49-yard field goal try to open the third frame missed, St. Margaret’s made its way back on the scoreboard.

Max Ruff completed 23- and 36-yard passes back-to-back to get the Tartans down to the Orange 5-yard line. On third-and-goal, Ruff tossed the ball backwards to Will Viola, who threw the ball to Owen Binder for a contested catch in the back of the end zone. St. Margaret’s completed a two-point conversion to make the score 42-15.

The teams would trade scores to end the game, with Ruff finding Binder for a 25-yarder and Grand connecting with Wise again for a 61-yard catch-and-run score.

Wise led all receivers with four receptions for 108 yards and two scores. Binder hauled in eight passes for a total of 88 yards and two touchdowns for himself.