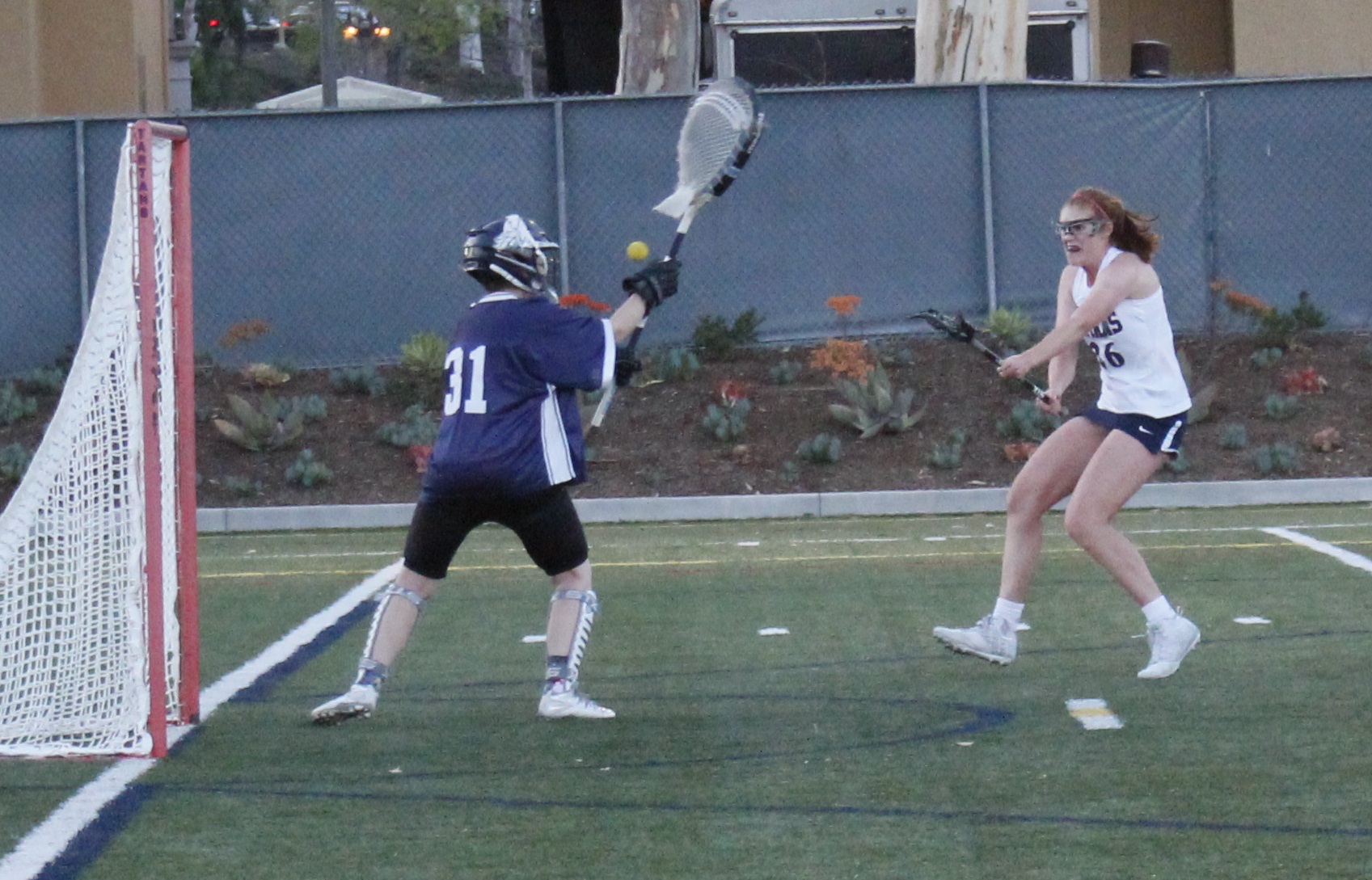 SAN JUAN CAPISTRANO – At the start, Trabuco Hills looked like it had eyes on an upset of the St. Margaret’s girls lacrosse team.

Trabuco Hills managed to grab a lead and battle back to retake the lead to frustrate the Tartans. Then St. Margaret’s flipped the switch, stormed ahead and went into cruise control.

St. Margaret’s went on a 13-1 run and scored 10 straight goals from the end of the first half through the first 13 minutes of the second half to beat Trabuco Hills, 22-9, in a nonleague game on Thursday at St. Margaret’s High School.

“Our team came out with a bit of complacency,” St. Margaret’s coach Holly Reilly said. “They learned that lesson that you respect every opponent, every draw, every ground ball and every play. They turned the switch and woke up.”

“Once we came together, it was easy to click,” Barkate said. “I think we were playing together more instead of a bunch of individuals. Whenever somebody would make a good play, we would play off of it and capitalize on the momentum. I think that’s what pushed us over the edge.”

Case scored the game’s opening goal, but Trabuco Hills bounced back to take a 2-1 lead. The Tartans looked like they found their stride with four straight goals, but the Mustangs and Hennessey Evans fought their way back to leads at 6-5 and 7-6.

Evans scored six goals in the first half and seven overall to keep Trabuco Hills pesky.

“Defensively, we were caught off guard playing against a team that had a very, very strong player that was a go-to, look-to player,” Reilly said. “The last two teams we played, the teams were a different make-up, so that was a bit of an adjustment.”

St. Margaret’s kept at their offensive game plan and after adjustments at the draws, the Tartans began to roll.

St. Margaret’s cycled their offense around the horn and found open players for easy looks with Barkate and Young being the main recipients.

“We weathered a storm and came out on top,” Reilly said, “and we take moving forward and use that to build for the next game.”

As per usual, St. Margaret’s is seen as one of the top teams in the county. Reilly said she didn’t have a full team to play together until two weeks ago with 15 of her 21 players playing multiple sports.

Now that their together, the Tartans have their sights set on a major end goal.

“We really want to win a CIF championship,” Barkate said. “We know there are a lot of teams in our way, and there’s a lot of good teams in this county. This was a hard game especially in the first half. I think we just have to keep doing what we’re doing and play together.”