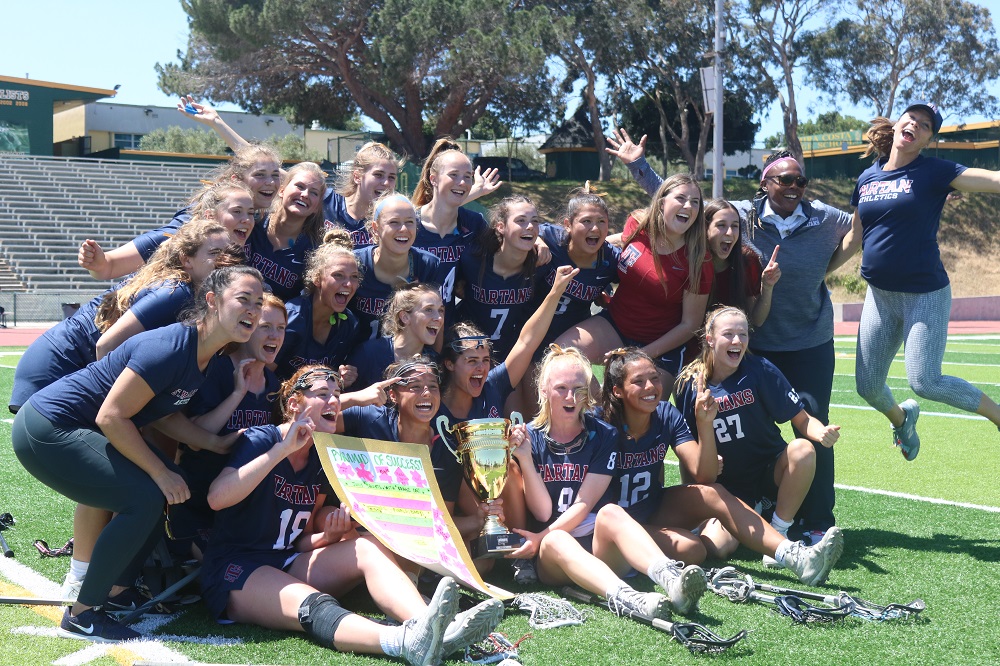 St. Margaret’s scored four goals in 39 seconds in the first half and another four in 68 seconds to open the second half to run away from Palos Verdes, 20-9, in the US Lacrosse Southern Section Championship at Mira Costa High School.

“I’ve known a number of these players since they were 11 and 12 years old, and to see them develop into strong athletes, strong women and a strong team is just really satisfying. It wasn’t as beautiful as we would have liked, but we toughed it out in the end.”

St. Margaret’s led 2-0 early and goalie Olivia Young didn’t face a shot until 10 minutes into the game. However, the Tartans weren’t quite pumping on full cylinders as Palos Verdes cut the lead to 2-1 to force a timeout from St. Margaret’s coach Holly Reilly.

From there the switch flipped with four goals in the 61 seconds following the timeout and a 7-1 run. Jordan Miles, Niki Miles, Barkate and Case scored 39 seconds apart to push back out.

Turnovers undid St. Margaret’s late in the half when Palos Verdes answered with four straight goals to cut the lead to three, 9-6. St. Margaret’s scored twice more in the first half, including a goal with one second remaining by Audrey Larson, for a 11-6 lead.

St. Margaret’s gets one in under the buzzer. Niki Miles intercepts at midfield and feeds Larson who finds the finish with 1 second remaining. Tartans lead Palos Verdes at the half, 11-6, in the US Lacrosse Southern Section title game. @SMESAthletics @CapoDispatch pic.twitter.com/SpWV0CeZjh

The Tartans scored six unanswered to open the second half, with the first four coming in a 68-second span. Case scored three of the four goals in the burst.

Up 17-6 at that point, the Tartans cruised to the finish as the clock rolled through to the 20-9 victory.

The win also marks the end of the US Lacrosse Orange County versus Los Angeles format as the CIF-SS takes over the playoff structure beginning next season.