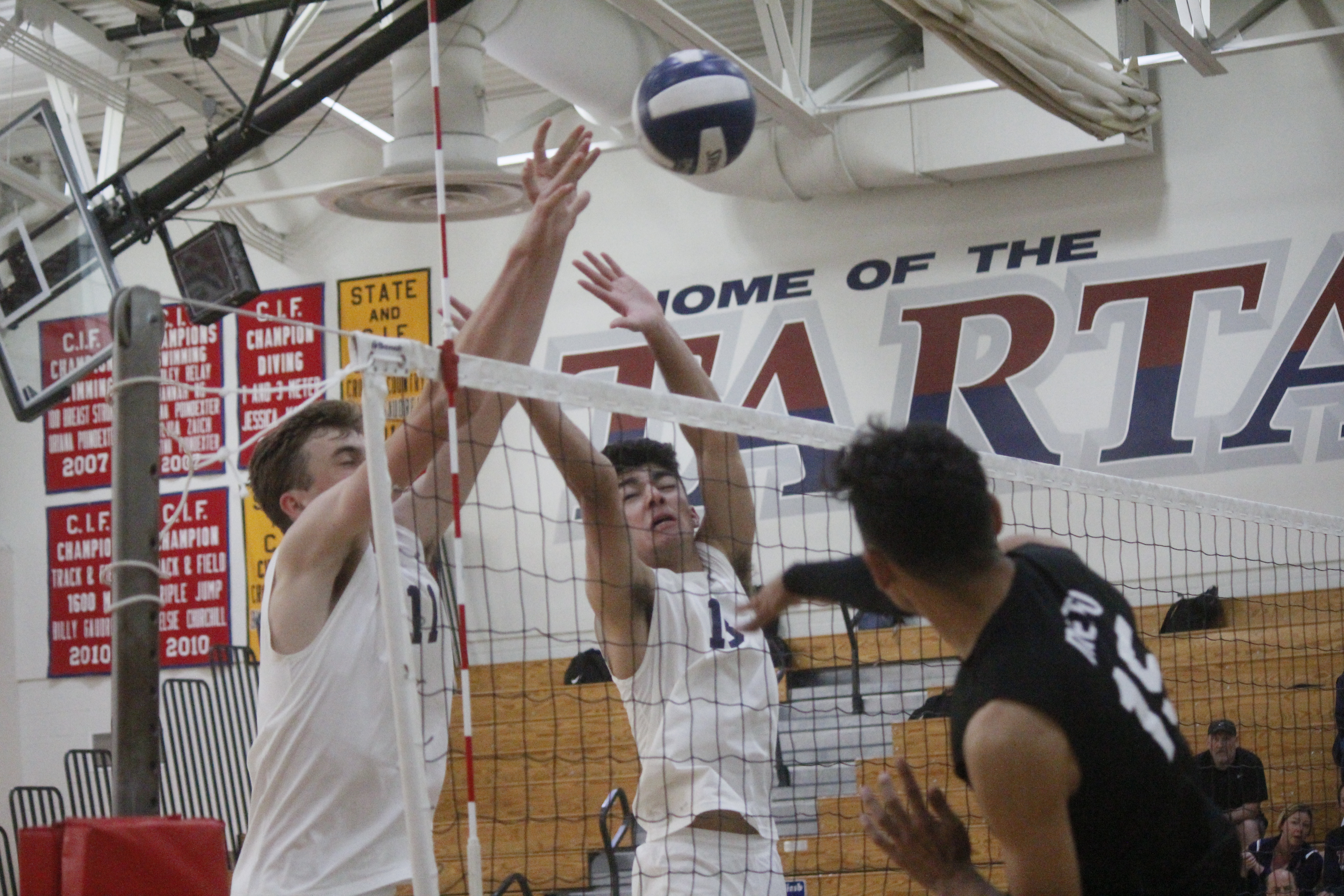 Of the Tartans’ 26 regular season victories, 22 of them were sweeps, including all 10 Academy League matches.

St. Margaret’s, the No. 3 seed in CIF-SS Division 3, didn’t let that closer’s mentality slip in the playoffs as the Tartans swept Godinez of Santa Ana, 25-13, 25-9, 25-14, in a first-round match on Tuesday at St. Margaret’s Episcopal School.

“They’ve been doing what we’ve asked them to do,” St. Margaret’s coach Jeremy Dailey said, “which is getting better all season rather than being complacent and get comfortable. We’re playing our best volleyball of the season. It’s what you’d like to see, and I think that’s allowed them to be in the playoffs and still continue pounce on teams when they have the opportunity.”

St. Margaret’s (27-4) advances to the second round and will travel to face Campbell Hall of North Hollywood on Thursday, May 10.

The Tartans are looking to come back from a semifinal loss last season and attempt to earn their first CIF-SS championship since 2010.

“Everything is kind of clicking,” Lewis said. “In terms of chemistry and timing and we’re playing hard defense. Everything we’ve been working through this season is coming together now.”

St. Margaret’s and Godinez traded points in the first set, but from a 6-6 tie, the Tartans knocked in nine straight points, including an ace from senior Tyler Aitken. St. Margaret’s went on a 6-2 run to close the set.

The second set was also close early with a 5-4 Tartan lead, but St. Margaret’s scored 20 of the final 25 points, including a 13-2 run, to take the set with ease.

With their back against the wall, Godinez hung tough in the third set, but St. Margaret’s closed hard again with a final 8-1 run to close the match.

“They want to go as far as possible,” Dailey said of his Tartans. “Added to that, they’re a good group of guys. They’re fun to be around. They’re holding things loosely, but trying to play at least four more games this season.”