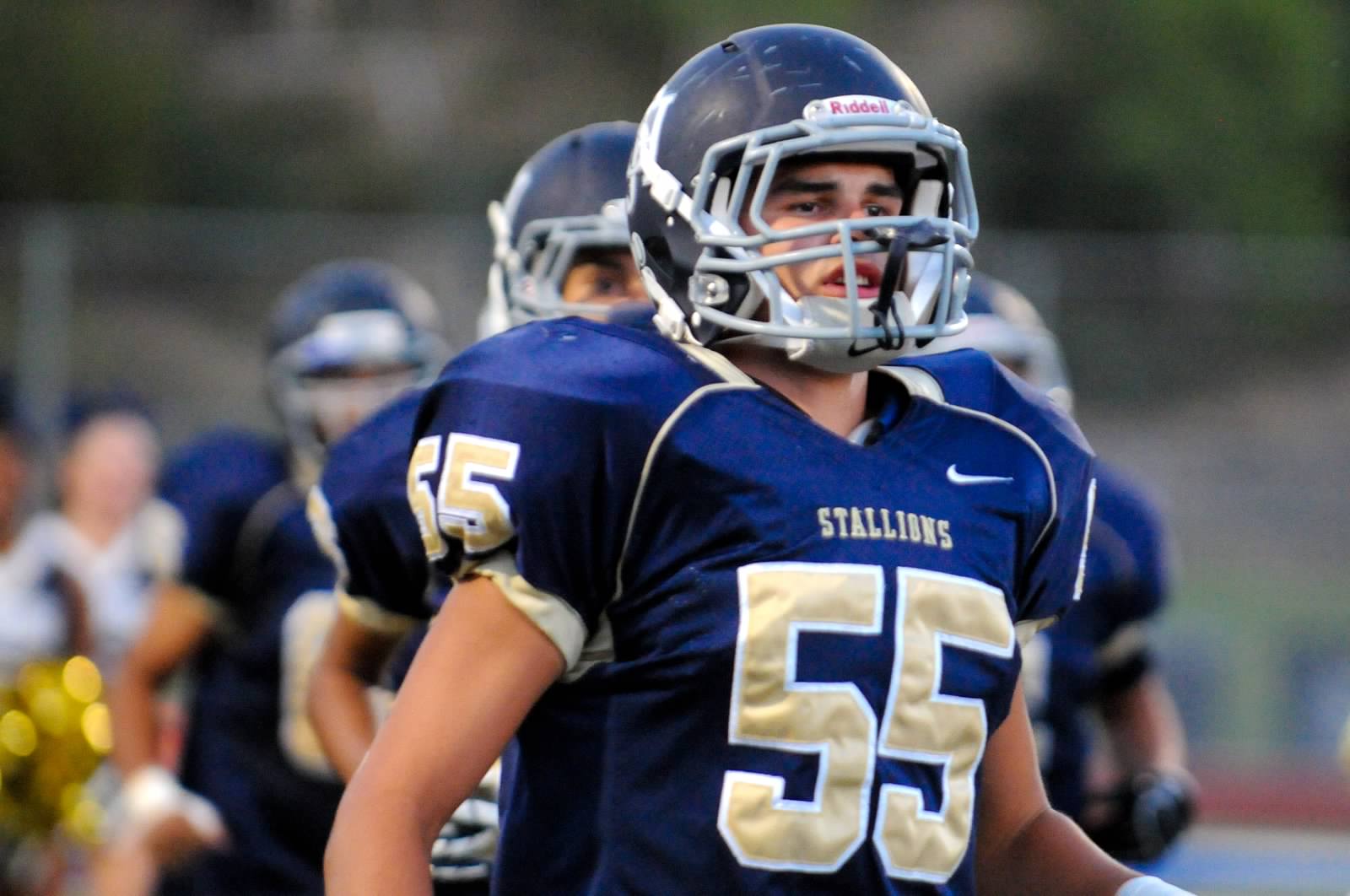 The San Juan Hills football team bounced back from an 0-10 performance in the 2011 season with a 7-3 showing in 2012. That 2012 roster featured a lot of underclassmen who have now matured as players in head coach Aaron Flowers’ system, and are giving the coaching staff a sneak peek into how they will perform in the fall. The team finished up their spring practice schedule on June 17 and will pick things back up on July 8, when summer practice begins.

Here are a few spring and summer storylines to keep an eye on in preparation for the upcoming season.

A Change of Pace
When talking about changes made to this year’s Stallions team, defensive coordinator Armando Gonzalez recalled an October 19 home game against league opponent Aliso Niguel. After jumping out to an early lead the Wolverines suddenly switched to a no-huddle offense, which threw the Stallions defense off guard. Despite a second-half rally by San Juan Hills, Aliso Niguel won the game 35-28 and Gonzalez accredits the loss to the Wolverines switch to no-huddle.

Now the Stallions have adopted the no-huddle approach to their team, which has been one of the main focal points of the spring practice schedule.

“We’ve improved on tempo of practice and will operate at a much faster pace in games … Ultimately we will switch to no-huddle,” Gonzalez said.
“Right now everyone is going to no-huddle offense and we have identified it as one of the things we needed to do, which is practice faster.”

The increased tempo of the Stallions spring practices has equated to more reps. Gonzalez said that the amount of reps taken by the varsity squad during the spring are the most he has ever seen in the program’s history.
It benefits not only the starters, but the players behind them on the depth charts as well.

The no-huddle mentality has also spread over to Gonzalez’s defensive ranks. In order to keep up with the offense, the defense has cleaned up their play-calling language to make for more efficient, accurate and essentially, faster shifts.

“We were not really planning on it, it just happened by chance,” Gonzalez said of the defense’s no-huddle style. “Because the offense changed tempo it made them adjust faster.”

When practicing against a no-huddle offense, the middle linebacker position becomes crucial in getting the defense on the same page. Gonzalez says the team is lucky to have three-year starter Brennan Walsh returning at that position to help get the defense in check. Walsh led the team with 87 total tackles last year and had four sacks.

Gonzalez anticipates more opponents to employ a no-huddle approach next year, which will test his defense and their ability to communicate.

A Worthwhile Trip to Westwood
The Stallions coaching staff took a trip up to the UCLA football team’s practice facilities to watch how a top college-level organization runs practice and studies film. Flowers and his staff have years of experience under their belts, but Gonzalez said the trip to watch how the Bruins operate inspired the veteran coaches.

“You see the different wrinkles you can add. You look at how they practice and how people are preparing each day … it was unbelievable,” Gonzalez said.

“Winning the tournament was a big step for us in terms of getting ourselves on a level playing field,” Gonzalez said.

Returning Strengths
The Stallions will have the benefit of several starters from last season returning for their senior campaign in the fall.

Quarterback Jacob Gibson put up solid numbers his junior year and will be the Stallions starter again this fall. Last year Gibson threw for 1,852 yards and 15 touchdowns while completing just over 70 percent of his passes. He also kept the team out of trouble in the turnover department and was picked off for an interception only five times while committing one fumble.

Gibson had minor offseason surgery on his knee but was at full strength for the spring practices, according to Gonzalez.

Surrounding Gibson on offense will be six other returning starters, including a veteran offensive line made up by senior guard Brandon Leggett, senior center Joey Cassillas, senior Trey Clauser and junior Jake Nelson, who Gonzalez believes has the ability to attract Division I college offers when the time comes. Also joining the line this year will be senior tackle Chandler Hall, who will likely start.

“Those five guys on offensive line really stood out in terms of leadership and setting the tempo offensively,” Gonzalez said.

For updates throughout the Stallions summer practice schedule, visit www.thecapistranodispatch.com.