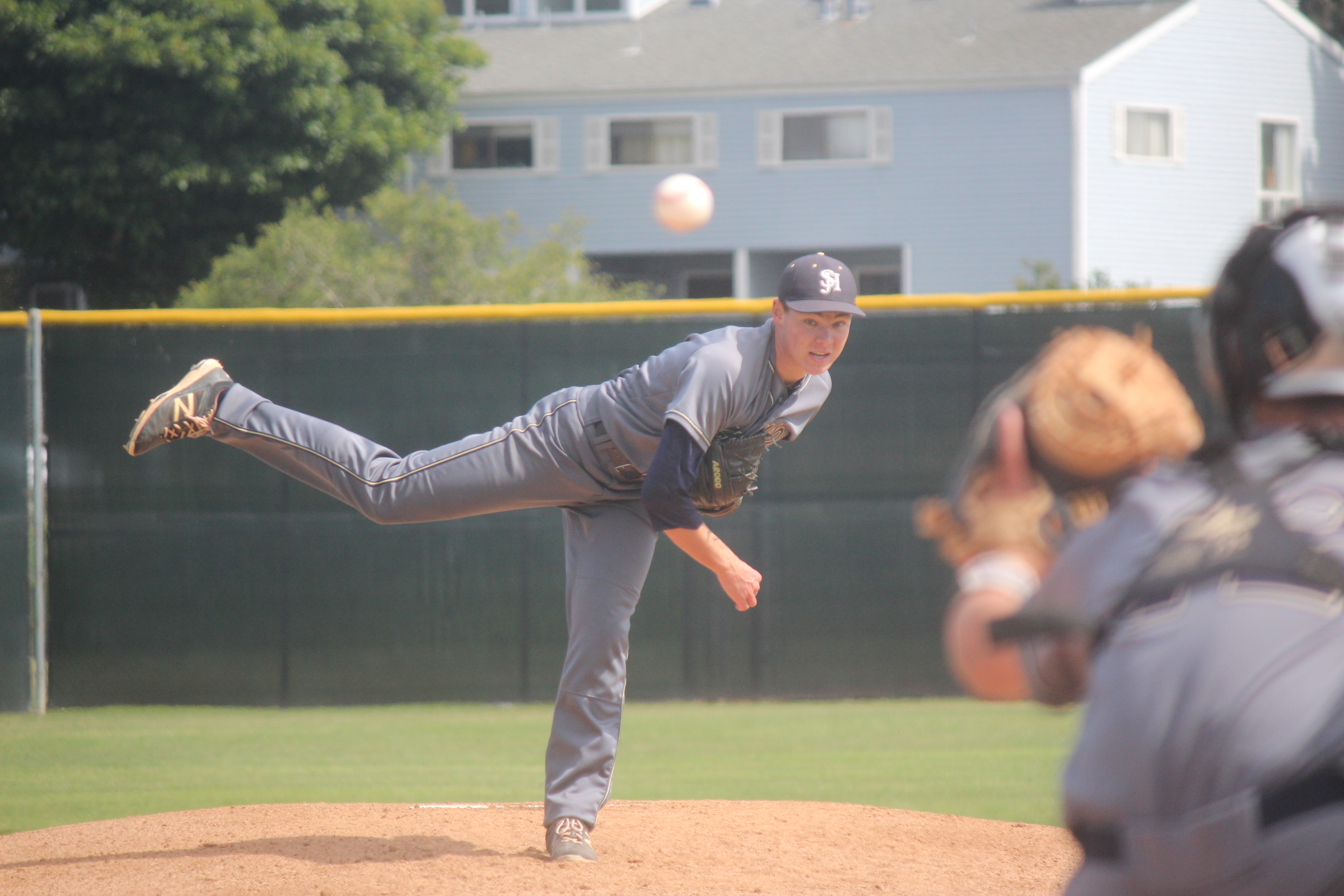 There were a wide range of emotions rippling throughout the crowd as a ball cracked off the barrel of Dana Hills senior Joe DeBaca’s bat in the sixth inning on Tuesday afternoon.

The large home crowd at the Dolphins’ field was hoping it would carry over the fence, while San Juan Hills, standing in the visitor’s dugout, urged it to drop.

With the tying run at second base, DeBaca’s fly ball carried all the way to the warning track and fell into the diving glove of sophomore center fielder Carson Lewis for a crucial inning-ending out that helped secure a 2-1 Sea View League victory.

The Stallions (15-13, 6-5 league) now head into the final game of the season on May 11 with a chance to finish second in the competitive league. Their opponent, the Dolphins (15-14, 6-5), will also be playing for second place. A Dolphins win will secure second place outright. A San Juan Hills win, coupled with a Tesoro loss, will lock up second place in the standings.

Lewis’ ranging catch kept Stallions’ senior starting pitcher Bryan Pope’s outing from being derailed. Pope did not allow a Dolphins’ hit until the sixth, when Jordan Matthews laced a one-out single to break up the no-hit bid and reached second on a fielder’s choice.

“Once (DeBaca’s fly ball) went up (Lewis) started going back and back … my heart kind of stopped,” Pope said. “But when he dove and caught it I was really excited.”

Pope was charged with matching Dana Hills ace starter Hans Crouse. Crouse pitched well, but San Juan Hills got one run in the first inning when a throwing error plated a Stallions runner from second, and the Stallions added the game-winning run when a sacrifice fly by Connor Glenn plated Dylan Riley in the fifth.

Crouse surrendered four hits and no walks over seven innings. He struck out 13 batters.

Pope and reliever Justin Dunham managed to hold the Dolphins to three hits, two of which were collected by catcher Cameron Crugnale. Crugnale hit a two-out single in the seventh, stole second base, but was left stranded as the Dolphins dropped their third straight league contest.