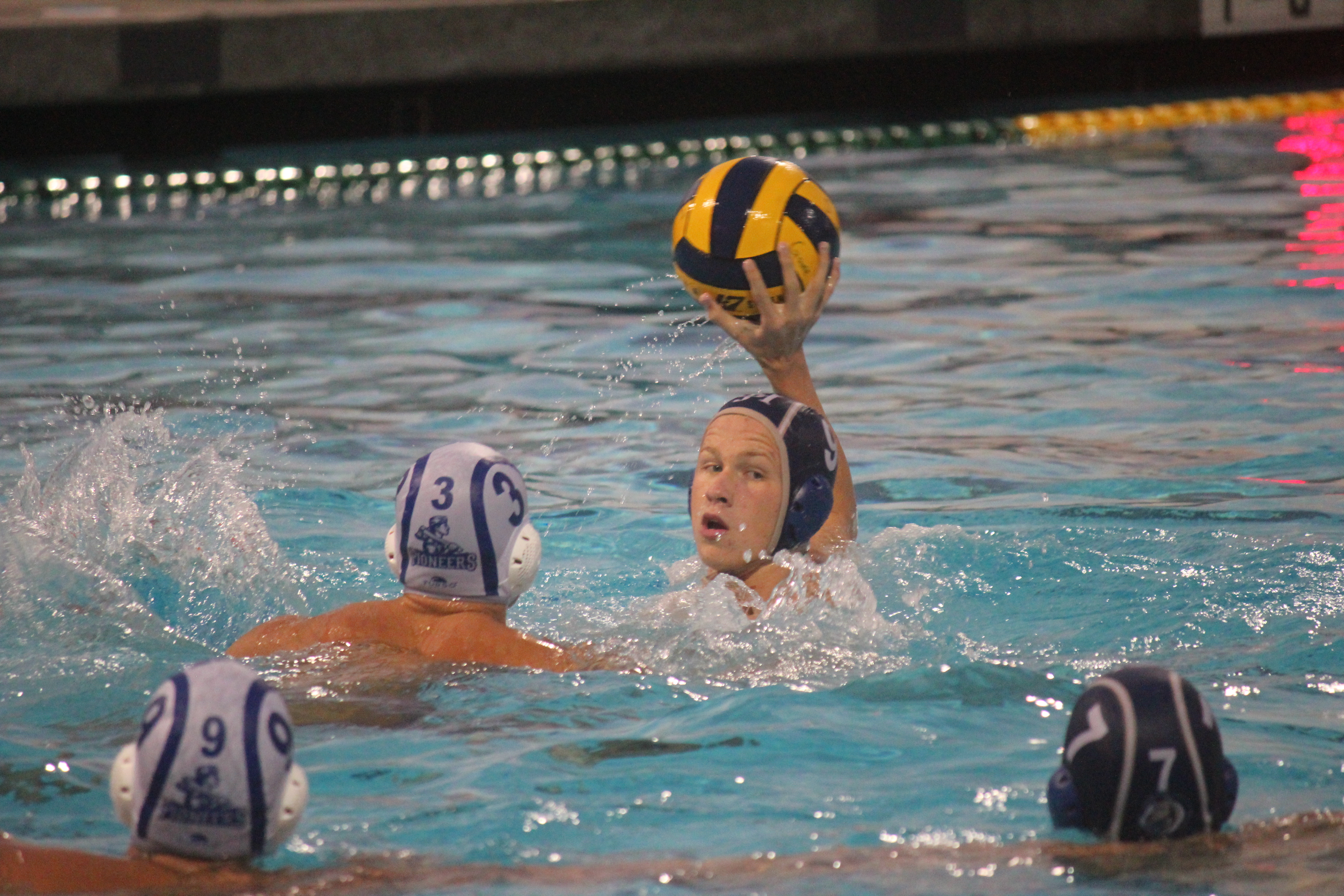 By any definition, the 2016 season has been a historic one for the San Juan Hills High School boys water polo team.

Before the start of the season, there were several goals the team wanted to achieve. The first goal was to win a Sea View League game, which was something they’d never done before. The second, and loftier objective, was to reach the playoffs.

San Juan Hills accomplished both of those goals over the course of the season, and then some.

The Stallions won five league games as part of a 13-win regular season and captured the Sea View League title. Their first-place finish guaranteed a home playoff game in the first round of the CIF-SS Division 5 Championships, another first for the program.

In front of a capacity home crowd on Nov. 8, San Juan Hills (15-11) relied on its stingy defense to pick up an 18-5 victory over Western in the first round. The team pulled off a come-from-behind 13-12 victory over Don Lugo in the second round on Nov. 10 to punch their ticket into the quarterfinals. The Stallions will play Murrieta Mesa on Nov. 12.

In an unfortunate twist of fate, the Stallions had to play their first-ever playoff game without their head coach Ivan Buich, the man responsible for turning the historically fledgling program around in recent years. Buich was given a red card by officials in the Stallions last game of the regular season against Mission Viejo, which made him ineligible to coach in the first round of the playoffs.

Despite the situation, the Stallions made things easy on coach Garrett Kaltenbach, Buich’s junior varsity assistant who held the clipboard on Nov. 8.

San Juan Hills never trailed in the contest against Western, and flexed its defensive muscle throughout. Western was able to score just two goals in the first three quarters of play, while the San Juan Hills offense  made short work of its opponent.

Brent McClain scored a game-high five goals and Max Miller chipped in four to lead the offense, and goalie Andrew Mansoor recorded 15 saves. The Stallions had 14 steals, which led to easy fast-break points.

“(The win) is huge. I can’t even put into words how big it is,” Kaltenbach said. “(The team) has progressed so well because of their work ethic … It’s just been a phenomenal year for us.”