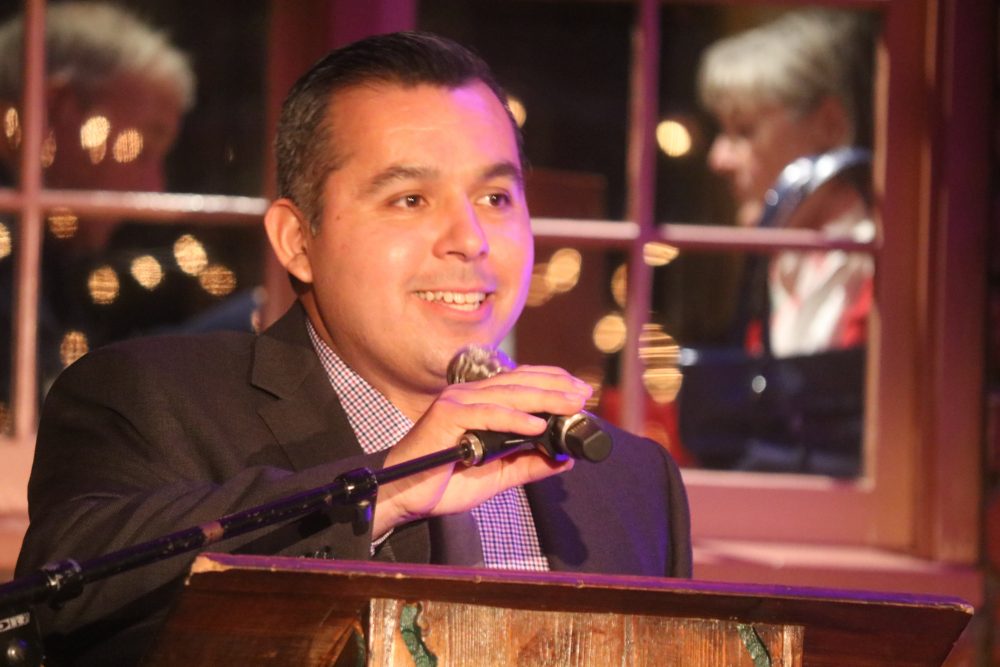 State of the City Addresses Upcoming Projects for 2018

Transportation, redevelopment and transparency were the main topics of discussion at the 2018 State of the City address presented by San Juan Capistrano Mayor Sergio Farias on March 8.

Some 250 San Juan Capistrano residents, leaders and business owners packed into El Adobe de Capistrano to listen to Farias present the address. Farias kicked off his speech by touching on the City Council’s move to district elections, City Council relations and thanking the Chamber of Commerce for hosting the event.

“2016 was our first experience with district elections and many people were concerned about the impacts as we represented the structure would have on our small town,” Farias said. “So 2017 began with some uncertainty, but our council quickly realized that we had to be committed to the entire community to secure a bright future for our businesses and residents.”

Farias then noted some upcoming projects for 2018.

“My colleagues and I continue to ensure safe, robust transportation corridors for our town by supporting the widening of the Ortega Highway,” Farias said. “We are carving a path to the future securing funding opportunities for the (Orange County Transportation Authority) to continue the successful trolley program.”

Farias also mentioned redevelopment projects in the city, relations with the equestrian community and lawsuits.

“We’re securing the financial future of the city by continuing to eliminate lawsuits that threaten our stability,” Farias said. “We are planning for the future of our world-renowned nationally recognized riding park by creating new water and sewer infrastructure.”

Other accomplishments included the city’s website, sanjuancapistrano.org, as an example of the city increasing its transparency, Farias added.

After Farias’ brief speech, a video that included city staff and local business owners played to the audience.

“we’ve adopted a robust work plan for 2018, we’re moving forward on many initiatives – we have major capital projects, there are private development opportunities with the two hotels and some other development study processes are on the way,” City Manager Ben Siegel said in the video. “So we’re looking forward to some significant progress in 2018.”