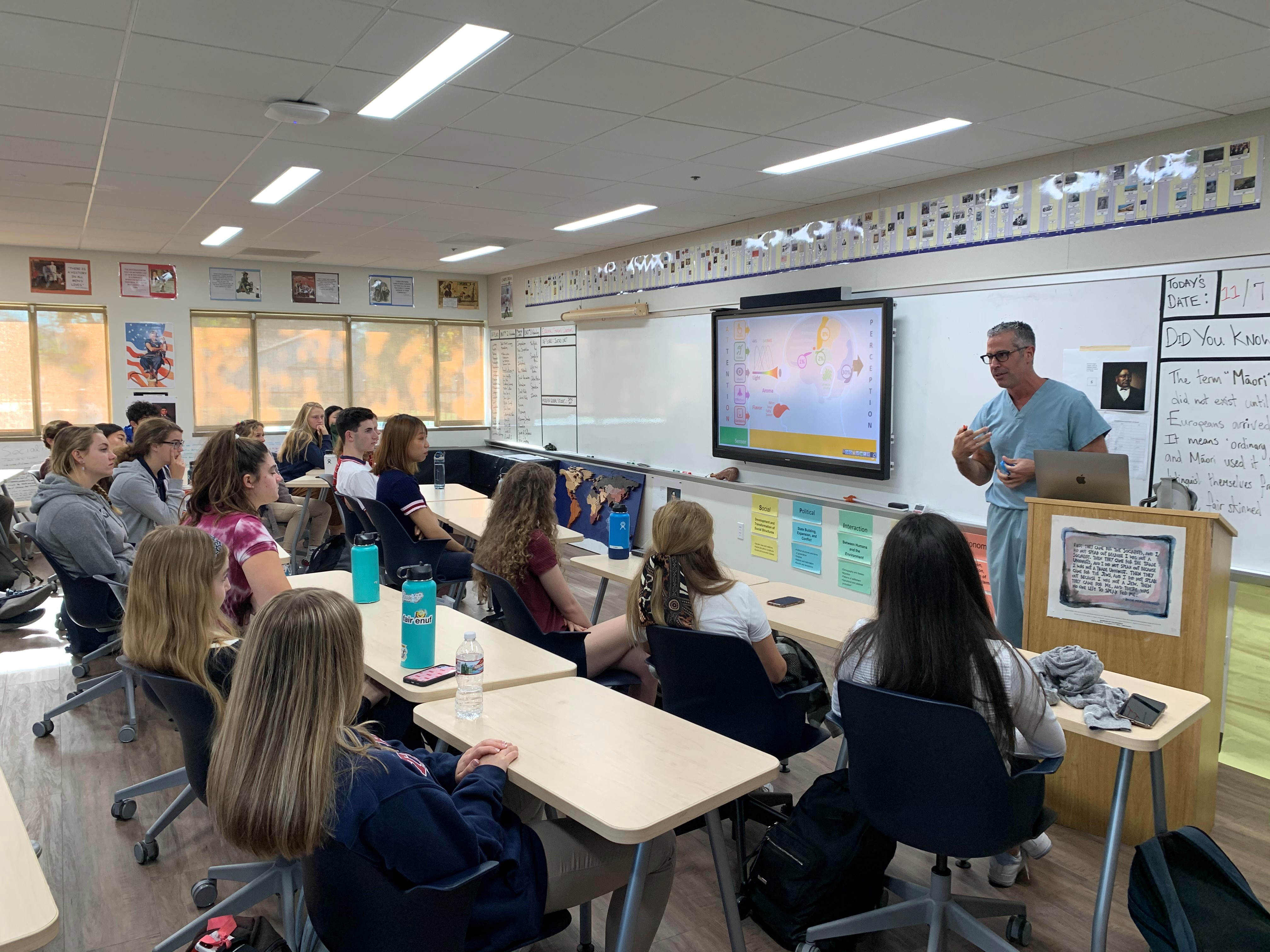 Students Learn About Medical Use of Virtual and Augmented Reality (Video)

Students at St. Margaret’s Episcopal School learned about the medical uses of virtual and augmented reality when Dr. Robert Louis made a recent appearance during a psychology class at the school.

Louis, the Empower360 endowed chair in skull base and minimally invasive neurosurgery, also is the program advisor for the Skull Base and Pituitary Tumor Program at the Pickup Family Neurosciences Institute at Hoag Hospital.

Louis cited addiction, mental illness and surgical planning as areas in which virtual and augmented reality can be used and applied.

“It can be used to change a channel in your brain from an unhealthy perception or thought pattern to a healthier one,” Louis said.

Virtual reality can mimic environments for patients undergoing exposure therapy to deal with phobias or other matters in a safe way—for instance, mimicking tall heights for patients with a phobia of heights.

Virtual reality has also been used to decrease physically abusive behavior in men, said Louis, who cited a study from Spain. “They did a virtual switch. They took a video of them being abusive, then reversed the situation and in VR put the men in the situation of being the woman and had to physically deal with being abused and not being able to get out of the situation,” Louis said. “Something like 60 or 70 percent of those men became reformed and no longer abusive as a result of that.”