Beneath the upbeat roofs of South Orange County schools, freckled with thousands of smart and talented students, lies a tenacious and unspoken pattern that haunts the minds of youth on a regular basis—suicide.

In a world where academic performance takes precedent and topics such as mental health or suicide get brushed under the rug, students can fall into isolation quite easily, a handful of San Juan Hills High School (SJHHS) students recount.

Peloso, 16, and a handful of other students at SJHHS are trying to break that stigma at local schools through ‘Strength Over Silence,’ a project created by these students to discuss mental health and to spread awareness about suicide.

“Pain ends when the silence stops,” Strength Over Silence member Kiley Espineira said. “Because we feel like when kids speak up about it, or when anyone who’s dealing with it in general, it gets a lot better than just keeping it to themselves.”

Suicide has become a prominent issue particularly to students in South Orange County. Since 2018, there’s been incidents of teen suicides publicized, including 16-year-old Patrick Turner of Newport Beach and 13-year-old Emma Pangelinan of Mission Viejo.

“It’s tragic,” Wendy Peloso said. “And it’s sad to the degree that it’s all preventable—like being able to talk to someone including peers or counselors. I think we need to come together as a community (to solve this issue).”

Wendy Peloso said she has been impressed by the student’s presentations and references the most recent Black Friday, when instead of her daughter sleeping in, the Peloso living room was filled with 15-or-so teenagers working on this project.

“It seems like their project is so timely and they’re certainly hopeful about getting the word out about mental illness, things like depression that can contribute to suicide,” Wendy Peloso said.

Of the suicides that influenced the Strength Over Silence group to culminate, the 2016 suicide of 13-year-old James Ransom of Ladera Ranch was a major influence. Ransom went to Ladera Ranch Middle School—a feeder school to SJHHS—and his older sister, Julia Ransom, 16, also goes to SJHHS.

“(The number of teen suicides) has helped our project grow more, for teachers and adults that are in our district to realize that this is a prevalent issue in Orange County,” Espineira said. “Because some don’t believe that (teen suicide) actually is. Those past three deaths were almost a waking point for people.”

The Strength Over Silence group claims that there’s been more recent teen suicides in the area, but that they have been out of the spotlight due to privacy policies. Whether it’s a direct or indirect connection, they all know of someone who committed suicide.

The growing list is frustrating to members of Strength Over Silence; prompting them to find ways to help with the problem in their own ways. Their approach is to talk to fellow students in the area about the general signs of mental illness, suicide prevention and what to do if someone needs help.

“All of us have been impacted by mental illness in some way—either ourselves, a friend or family member—I thought it was very important for us to educate ourselves first on this topic and then to educate our classmates on it,” Espineira, 16, said. “Because not many kids know the difference between certain things like sadness or depression, and they don’t know how to deal with these things on their own.”

Espineira added that it’s also easier for students to relate to other students.

“We feel that student presentations are more effective than adult-to-student approaches, because we have a different perspective on (suicide) and  more insight into what kids are feeling personally other than just statistics and facts,” she said.

So far at presentations, many parents have been receptive and understanding to the Strength Over Silence message, the group said. However, there has been some backlash because some parents say that they don’t want suicide discussed with their children at all.

Strength Over Silence member Grace Aitken, 16, added that getting this message to students in high school and middle school is vital, and that it’s an issue that can no longer be ignored.

“It’s an obvious issue that is happening in Orange County and in the nation,” Aitken said. “By ignoring it and ignoring the problem, you’re making it worse. These mental health issues don’t go away if you don’t talk about—it gets worse.”

Strength Over Silence has been reaching out to local schools and private schools within the Capistrano Unified School District to give presentations to students. So far, the feedback has been positive.

“When we reached out to different middle school and high schools—principals, assistant principals and teachers—were in really big support of our project because they felt their school was not get enough attention on the subject,” Aitken added.

To learn more about their project, visit strengthoversilenceoc.weebly.com. 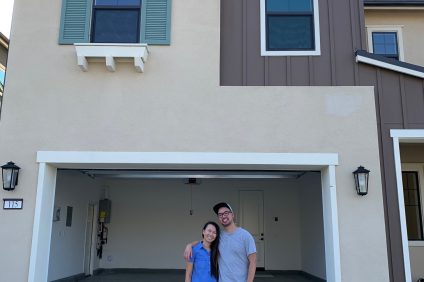 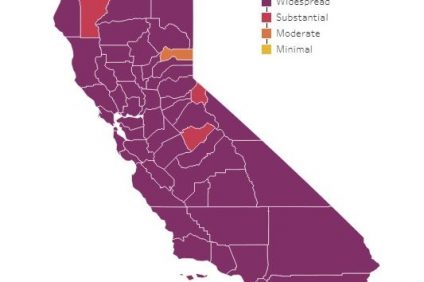