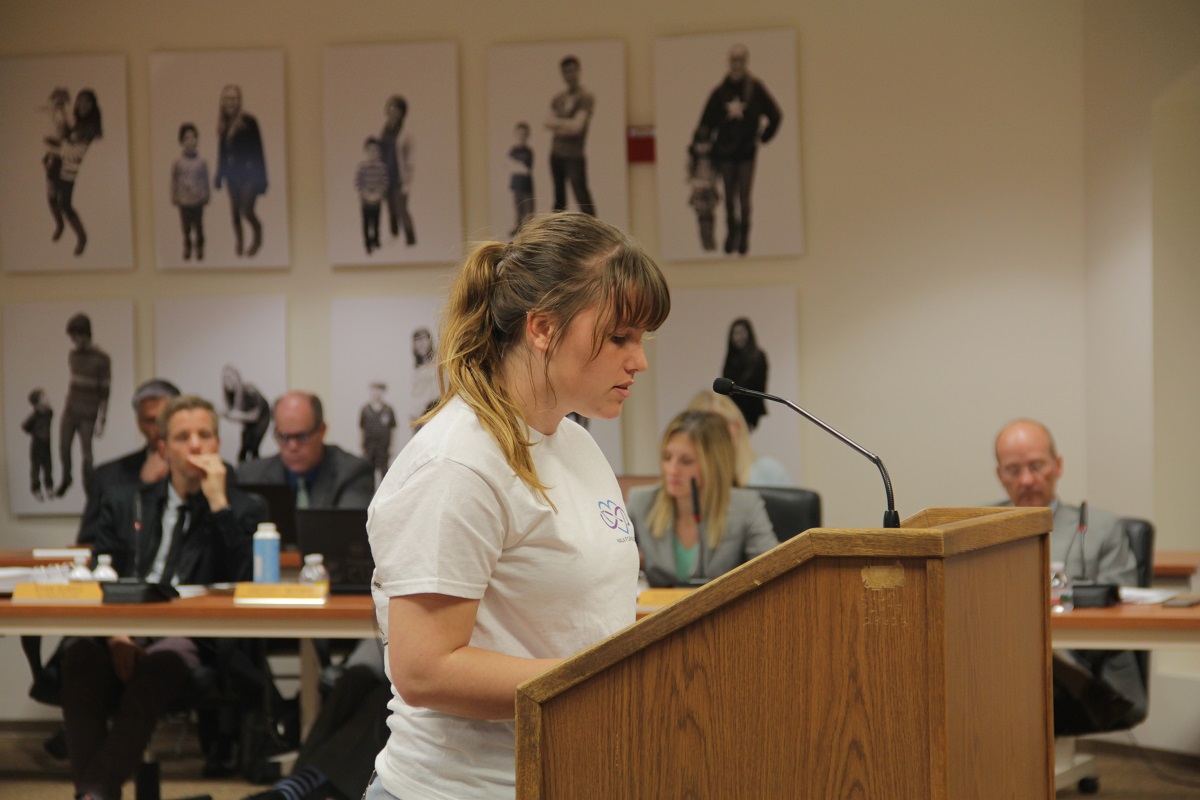 During her final year of middle school, Kiley Espineira began experiencing signs of mental illness. But just before entering her freshman year at San Juan Hills High School, she was able to suppress those feelings.

“It was a new school, new people, (and) new classes. There was a lot to take in, but I was excited for a new change,” Espineira said during a recent Capistrano Unified School District Board of Trustees meeting.

Espineira had hoped the idea of a “fresh start” would keep her previous issues from returning.

Whenever Espineira would return home from the school day, she said she would become a different person.

“I would constantly get stressed, I would get pounding headaches. I wouldn’t eat for weeks, and I would have nervous breakdowns,” she recalled. “I honestly hated myself, and every time I looked in the mirror, I was disgusted with what my reflection showed.”

In order to feel a sense of self-control, Espineira said, she resorted to self-harm and at times contemplated suicide.

“This continued almost every single day for a majority of my freshman year. But nobody knew about it,” she said. “I kept it to myself, because I felt like I didn’t have anyone to reach out to. I felt like I had nowhere to go.”

Espineira’s story is not an uncommon one throughout the nation.

Among the 10 leading causes of death in the U.S., suicide ranked as the second-leading cause for those aged between 15 and 24 in 2015, the Centers for Disease Control and Prevention found.

In 2017, an estimated 1.4 million suicide attempts occurred, according to the American Foundation for Suicide Prevention.

Just this month, a 13-year-old boy died of an apparent suicide on the Don Juan Avila Middle School campus in Aliso Viejo.

Espineira considers herself lucky, however, as she eventually worked up the courage to talk to her best friend about how she was feeling and then later reached out to her mom, who got her daughter the proper help.

“I’m lucky to have these people in my life at home to support me in such a positive way,” she said. “What if my parents and what if my best friend hadn’t been so supportive? I probably wouldn’t be standing here today talking to you.”

As the head of the student-led group Strength Over Silence (SOS), Espineira, now a junior, and several of her fellow students at San Juan Hills High have worked to tackle the stigma of mental illness and suicide.

“Unfortunately, the reality is that not all children have the available and accessible resources at home,” Espineira said. “That’s why it’s imperative that our schools become a safer place for students to talk about their own mental health, or else they’ll be left to deal with these issues on their own.”

The students had gathered at the March 13 board meeting at CUSD headquarters to not only tell their stories, but also urge the district to offer more mental health resources and programs to students. The stories the students told also raised the concern of the number of counselors available to students.

The American School Counselor Association recommends a student-to-school-counselor ratio of 250 to 1. According to the students of SOS, the district currently has about one counselor for every 1,300 students.

Ryan Burris, CUSD chief communications officer, acknowledged the wide margin in counselor-to-student ratio, explaining that the district’s annual allotment of funds from the state simply isn’t enough to pay for the necessary counseling for the students.

“We, as the district, would absolutely love to have more counselors. That remains a priority. What remains a challenge for us is our budget,” he said. “We have to prioritize every penny of the budget. If we’re making determinations that counselors are the highest need, that means we have to also make decision on what we’re not paying for and vice versa.”

According to Burris, CUSD spends around $3 million a year specifically for social and emotional counseling. In 2015, the board voted to increase the number of counselors.

“So, it was at that point we were able to hire 30 new counselors to ensure we had them at every grade level in the district,” Burris said.

Sage Groves, a member of SOS and a San Juan Hills High junior, recently felt the impact of the counselor-to-student disparity.

Groves told the board that this past October she began to have suicidal thoughts after a childhood trauma resurfaced. When she reached out to the school office to notify them she was having such ideation and sought assistance from a counselor, she was told there wasn’t one available at the moment.

“I was given an option to go back to class and wait for a counselor to become available,” she told the board. “At this time, I was so upset because of the thoughts going through my brain, I was afraid I would not make it back to class.”

Superintendent Kirsten Vital expressed concern for the incident and told Groves and her fellow SOS members that her office would conduct a follow-up.

“It’s never acceptable for a student to get turned away,” she said.

This past December, state lawmakers introduced Assembly Bill 8, which, if passed, would require districts by the end of 2022 to have one mental health professional accessible for every 400 students on campus during school hours. AB8 is currently making its way through the legislative process and was re-referred to the state Assembly’s Committee on Health on March 20.

Recognizing that the district’s funds are limited, the students of SOS proposed alternative ways CUSD could provide additional mental health services. Such ideas included displaying the number to national suicide prevention hotlines in textbooks and requiring quarterly check-ins with counselors.

“When students enter high school, we are introduced to an academic counselor, and we are required to see them twice a year, once at the beginning of the year and once at the end. So, why not do this for (mental health) counselors as well?” asked Isabel Royal, a San Juan Hills High junior.

The group also proposed CUSD set up a task force comprising both students and district officials to look at reforming the district’s policies on mental health.

“We can work as a team to help each other. Students can give their opinions on certain reforms. Adults can give professional advice on how certain situations should be dealt with,” San Juan Hills junior Grace Aitken told the trustees.

Currently, the district works with the Wellness and Prevention Center, which has an office set up at San Clemente High School. There, students can receive therapeutic services to address any social and emotional needs, according to the center.

Gregory Merwin, associate superintendent of Student Support Services, said the district and Wellness and Prevention have been exploring other campuses to set up another center.

“We’re looking at Aliso Niguel High School for a Wellness (and) Prevention Center actually, and the work is happening right now,” he said, adding that “we have an agreement with the WPC to look at other campuses, so we’re actually working on that right now.”

With no plans in place to increase the number of counselors, Burris said the district recommends that students reach out to their families. He explained that district counselors aren’t meant to take the place of consistent counseling outside of the schools.

“While they spend a number of hours a day with us, they also have families,” he said, also stating that “discussions we have with parents is the opportunity to leverage their own health care in order to get the service they need.”

Espineira and the rest of SOS said having a mental illness isn’t something to be ashamed of and wants students to know that it’s OK to need help.

“Mental health is nothing to hide” Espineira said. “I used to be ashamed about my story, but today I realize that my experience has made me who I am.”

Anyone experiencing suicidal ideation or are in emotional distress can call the National Suicide Prevention Hotline at 1.800.273.8255 or reach out to the Wellness and Prevention Center at 949.680.0516. 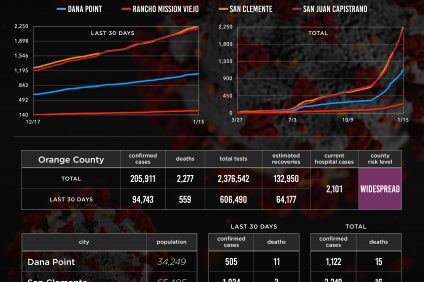 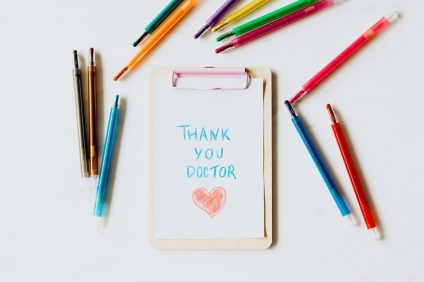 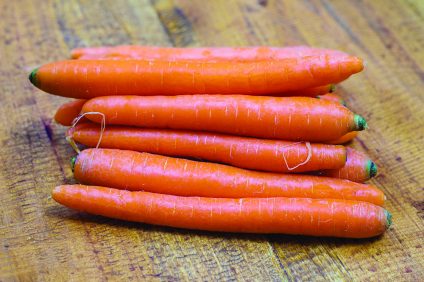