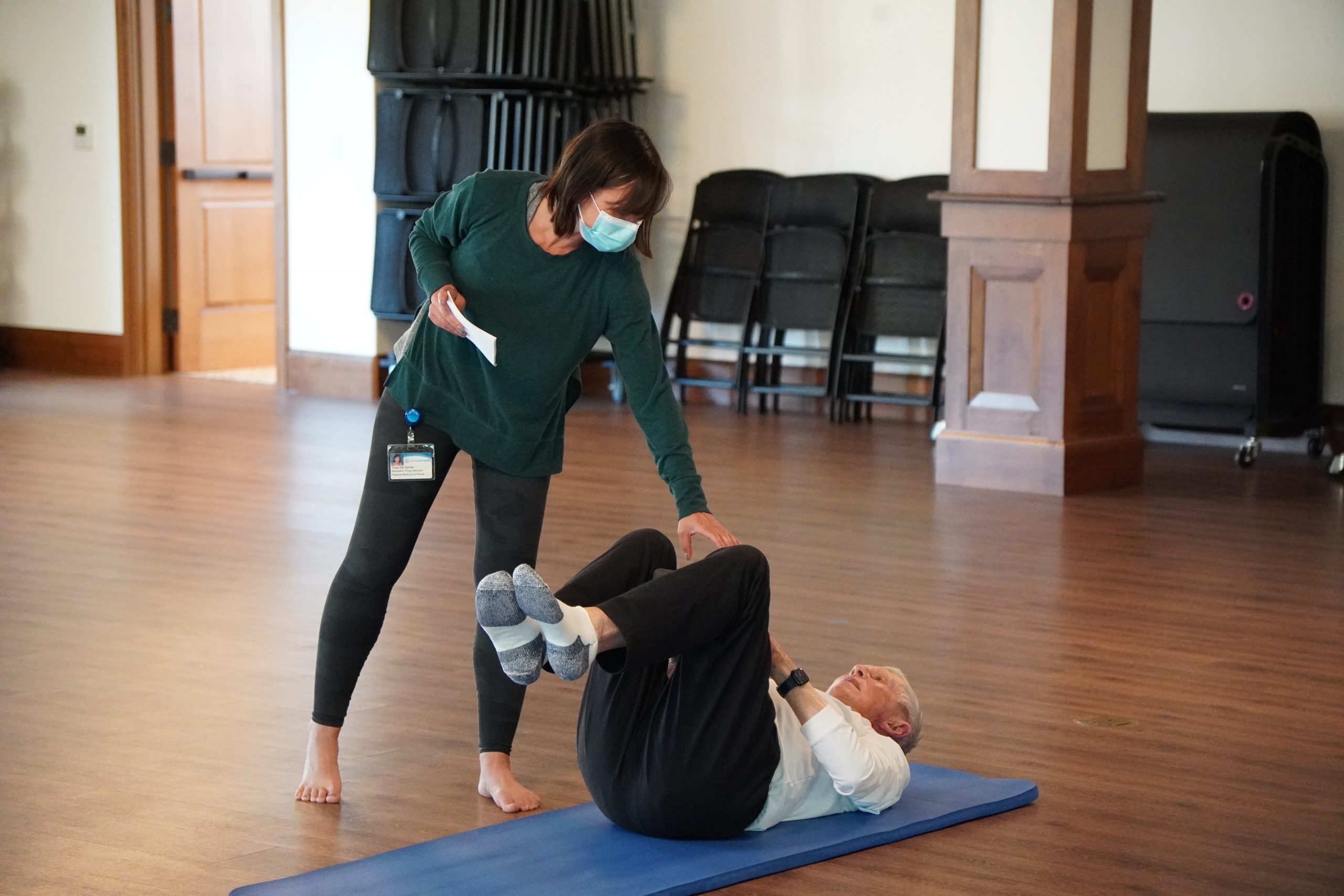 When Dr. Maya Hatch—a researcher at the University of California, Irvine (UCI) School of Medicine—approached Reata Glen with a study she had in mind, there was an overall concept she wanted to assess: how essential core stability is for senior citizens when it comes to functioning in daily life.

To gauge that idea in the study, Hatch worked with management at the retirement community in Rancho Mission Viejo to hold a number of Pilates classes for the residents. UCI researchers are still crunching the data from the study, but Hatch said the venture has been far more successful than they imagined in terms of keeping older folks happy and active.

Since Pilates is often used to develop proximal stability for athletes and younger people, the study wanted to test that concept with retirees.

“It’s the same idea as that,” Hatch said. “It’s just trying to show it’s applicable to the aging population.”

The classes were taught by a physical therapist and Pilates instructor, and they were held from December 2021 to April of this year. Seniors performed movements on mats, and learned about maintaining their core—and also how to control their breathing.

“Breathing is essential for Pilates,” Hatch said. “We walked them through the program.”

Hatch said she came up with the idea for the study because her research made her realize how important core muscles are for physical stabilization.

“The literature really brought us to Pilates as a base,” she said.

Hatch was drawn to Reata Glen, because her aunt lives in a sister community in Northern California. When the Pilates program rolled out at Reata Glen, it was a popular activity with the residents.

“We had a wait list that we could never (fully) enroll,” Hatch said.

Jim Gatzke was one of the residents who got to participate in the Pilates classes, and he enjoyed it. It was his first experience with Pilates.

“By the second or third time we actually got together and went through the different exercises, I could immediately tell it did different things to parts of my body,” Gatzke said. “It works muscles deeper in your core.”

The classes got Gatzke more interested in Pilates, and he now muses he wished he had started it 30 years ago. The end results left him feeling encouraged, and he plans to do more Pilates in the future.

“Almost everything you’re going to do is involving your core and legs,” said Gatzke, who is in his 70s. “That was the biggest ‘aha’ (moment) out of the whole thing. None of these exercises are extremely strenuous.”

Hatch thanked and acknowledged the study’s funding source, a grant from the UC Irvine 41st Trust, for their support in making the venture possible. Hatch and the study team were also “tremendously impressed” with the interest and enthusiasm from the Reata Glen residents, and called working with the community “a dream.”

“Although we could only enroll a small number for this portion of the study, the overwhelming interest we received shows how physically active this community is and how committed they are to maintaining their overall health,” Hatch said. “Due to the initial acceptability and enthusiasm of our Pilates program by the residents and Reata Glen’s supportive staff and environment, we are currently working on further research at Reata Glen to expand our program.”