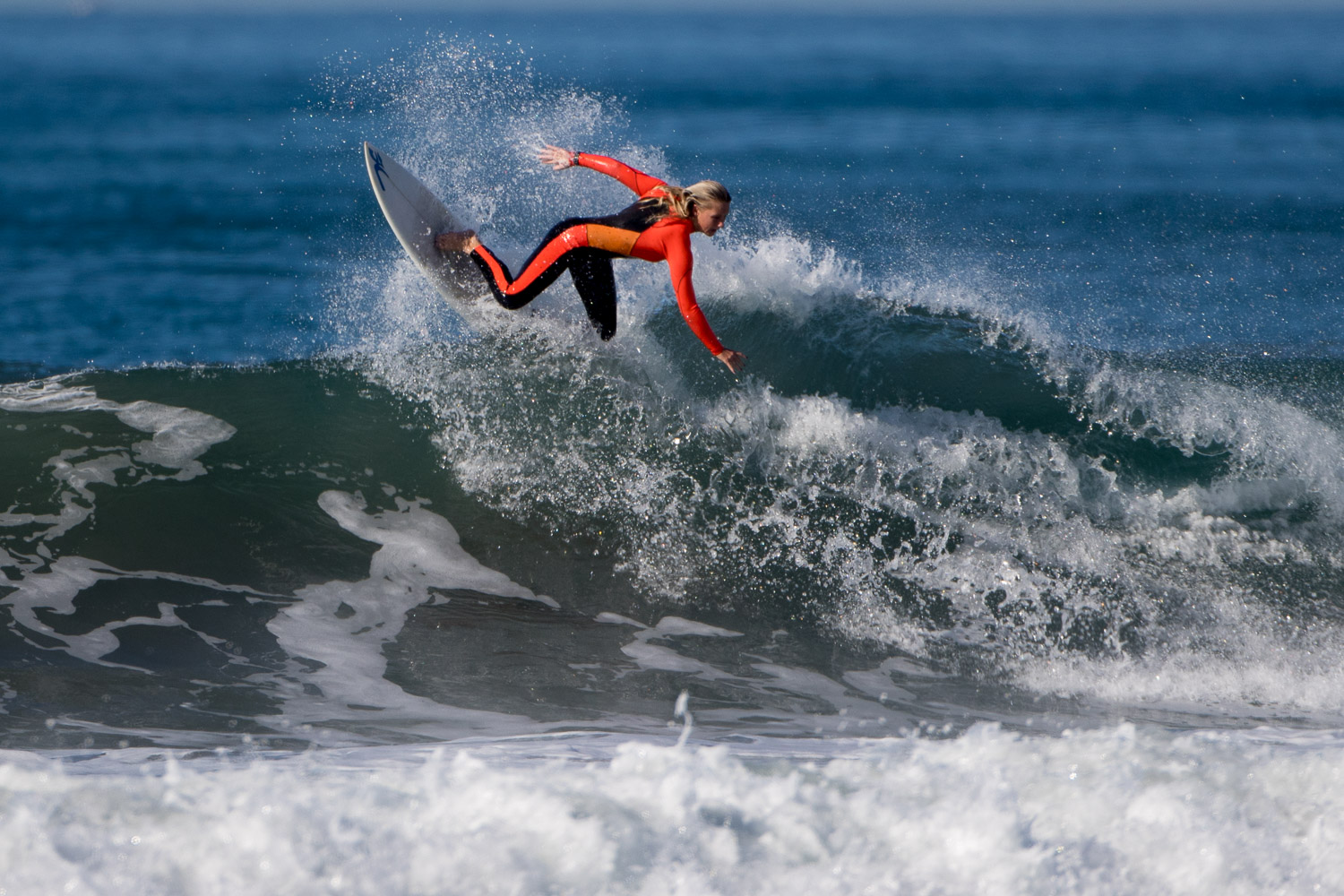 With two dawn-to-dusk days of competition in 26 divisions, for surfers, making it through to a final can involve anything from a stacked straight-to-final heat to a long, hard road beginning with 60 surfers and advancing through many challenging rounds. On Jan. 17 and 18 in Oceanside at the Western Surfing Association’s sixth event of the season, morning temperatures in the 30s—courtesy of a frigid off-shore wind—gave way to warm and sunny afternoons. And as the days heated up, so did the surfing.

For 39 local tri-city area surfers, claiming a spot on the podium was the exciting culmination to a day of competition in beautiful, glassy conditions at Oceanside Harbor’s South Jetty. Overhead for the groms, the weekend waves offered ample opportunity for competitors from the U9 Micro Grom Push-in division through Legends Over 50 to showcase their prowess on shortboards, longboards, and in the case of the Adaptive division, prone boards and wave skis.

The next WSA of the season is scheduled for Feb. 14 and 15 at the Huntington Beach Pier.