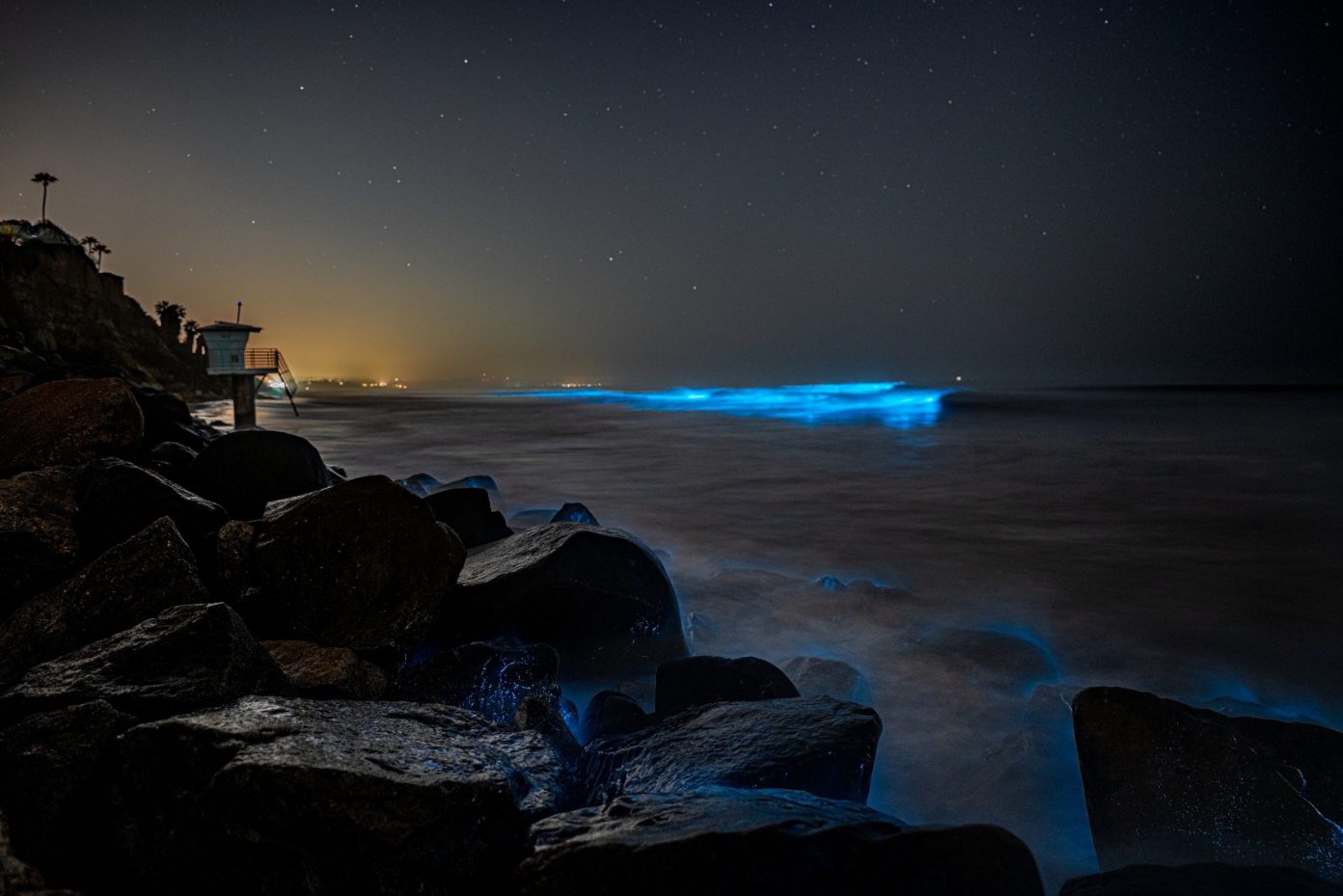 Surfrider Foundation has announced a survey to track health issues from red tide exposure in Baja and Southern California.

From March 30 to May 31, beachgoers noticed record-breaking counts of Lingulodinium polyedra (L. polyedra), a species of phytoplankton that created a red tide along the Baja and California coasts from Ensenada to Ventura. During the day, a thick brown-red plume could be seen at beaches and bays across the region. At night, the plume would turn into a bioluminescent show with bright blue glowing waves and shore break.

The Surfrider Foundation is a nonprofit organization that seeks to protect the world’s oceans, waves and beaches through its activist network. Its Clean Water Initiative aims to protect coastal waterways, communities and wildlife from water pollution.

The Southern California Coastal Ocean Observing System (SCCOOS) and researchers at UCSD Scripps Institution of Oceanography are collaborating with the Surfrider Foundation to collect community anecdotal information and data for inclusion in future publications and bulletins on symptoms experienced after exposure to an L. polyedra bloom.

SCCOOS is one of 11 regions that contributes to the national U.S. Integrated Ocean Observing System by collecting, integrating and delivering coastal and ocean observations in order to improve safety and protect the environment.

Creators of the survey are asking people who visited the beach during the latest red tide to complete a short questionnaire. The survey is anonymous, but for those interested in having researchers follow up, an option to provide contact information is provided. The survey can be taken in either Spanish or English.