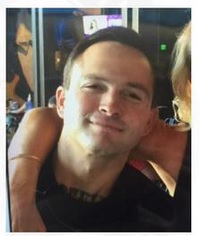 Orange County Sheriff’s Department deputies said Craig Tanber, 37, is the primary suspect of a stabbing homicide that took place early Monday morning at a bar in Laguna Niguel, just a couple miles from the border of San Juan Capistrano

According to a press release distributed Monday evening, OCSD officials said Tanber has an extensive gang history and is believed to be armed and extremely dangerous.

Around midnight on Monday, Tanber was in an “altercation” with Shayan Mazroei, 22, of Laguna Nigel at Patsy’s Irish Pub, located at 28971 Golden Lantern. Tanber allegedly stabbed Mazroei in the upper torso. Paramedics took him to an area hospital where he was later pronounced dead.

Tanber has been associated with the prison-based and Southern California gang known as Public Enemy Number 1, or PENI, a white supremacists organization that, according to FBI information, is known for distribution of methamphetamines, credit card fraud and identity theft.

In 2004, Tanber was implicated in the death of a 26-year-old Huntington Beach man, according to police records. Tanber was one of nine suspects in the case and was eventually found guilty as an accessory to manslaughter. The original case was ruled a mistrial because a juror had performed illegal research on one of the defendants. In 2007, Tanber received six years for his crimes.

According to a Facebook page that was set up for him in 2013, Tanber was recently released from prison. The Facebook page also identifies Tanber as a former student of Dana Hill High School.

Tanber is described as a Caucasian man, 6 feet, 1 inch tall, 180 pounds with multiple tattoos that cover his body. As of Thursday morning, Tanber had not been seen since the night in question and OCSD was asking for the public’s help in locating him. The OCSD press release stated he frequents Laguna Niguel and areas around Huntington Beach.