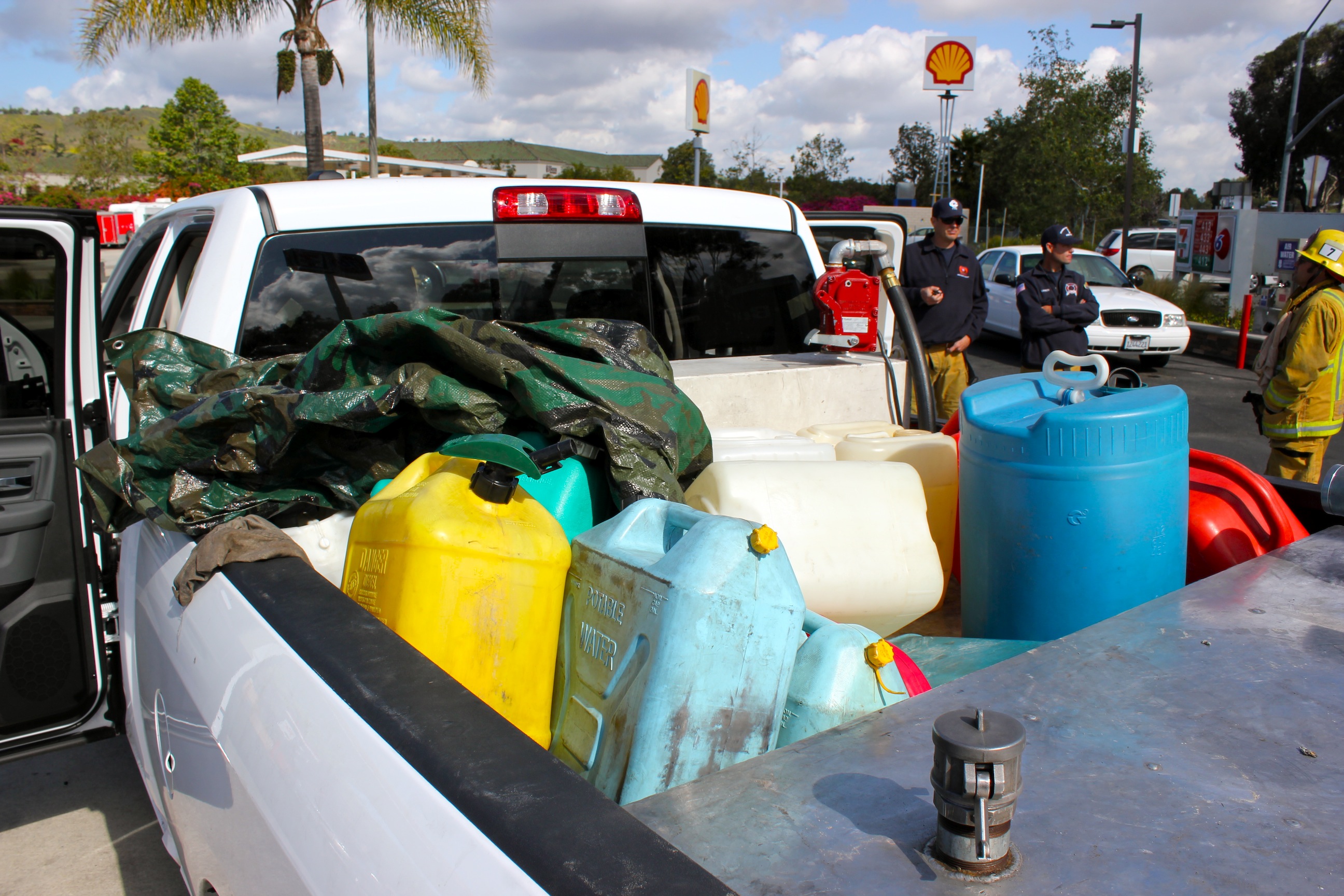 A would-be petrol thief caught trying to take a big gulp out of the pumps at the 7-Eleven gas station in San Juan Capistrano was thwarted Tuesday morning thanks to quick action taken by the station’s owners.

Zahir A. Shabass, 49, was arrested for robbery, burglary and possession of burglary tools at the station located at 26572 Junipero Serra Road, according to an email from Lt. John Meyer, the city’s chief of police services.

Shabass was detained by co-owner Jim Adam, after Adam and his brother, John Adam, arrived at work around 6 a.m. and noticed Shabass pumping gasoline into several containers in the bed of a white pick-up truck.

Jim Adam said he was suspicious because he had seen a television news story about a string of gas thefts in Los Angeles County in which the suspect pried open gas pumps and filled containers, covered by a tarp, in the bed of a pick-up that had no license plates.

When Jim Adam approached Shabass, he saw that the front casing of the gas pump had been removed.

“I saw him and I was like, ‘I wonder if that’s the same guy?’ So I came back to look at his plates, and sure enough, he had no plates,” Jim Adam said.

When Jim Adam told him not to move, Shabass jumped into his truck and attempted to drive away. Jim Adam ran toward the moving vehicle and pulled Shabass onto the ground. The truck, however, continued to speed forward and crashed into a nearby electrical box, taking out power to traffic lights in the area and six nearby businesses. Crews from San Diego Gas & Electric responded to the scene and restored power at 11:05 a.m., according to spokesman Hanan Eisenman.

“When I confronted him, he jumped in his car, put it in drive and slammed down the gas pedal with me in it,” Adam said. “The door was open. I jumped in, grabbed him and threw him out of the car.”

Shabass attempted to flee on foot, but Jim Adam took chase and tackled him to the ground after about 10 feet. Unsure if he had a weapon, Jim Adam, who said he had previous training in jiu-jitsu, held Shabass to the ground while John Adam called police.

“He seriously could have injured my brother, but Jim wouldn’t let him go,” John Adam said.

The Adam brothers said they had experienced gas theft at the station at least twice before but were unsure if Shabass was the same thief. When police arrived, they found three large cylindrical containers filled with around 120 gallons of gas worth between $500 and $600, according to Jim Adam.

“He manipulated the gears inside the pump. He knows what he’s doing,” he said.

Investigators with the Orange County Sheriff’s Department conducted interviews and recovered evidence from Shabass’ vehicle. They are looking into any connections to the gas thefts in Los Angeles County.