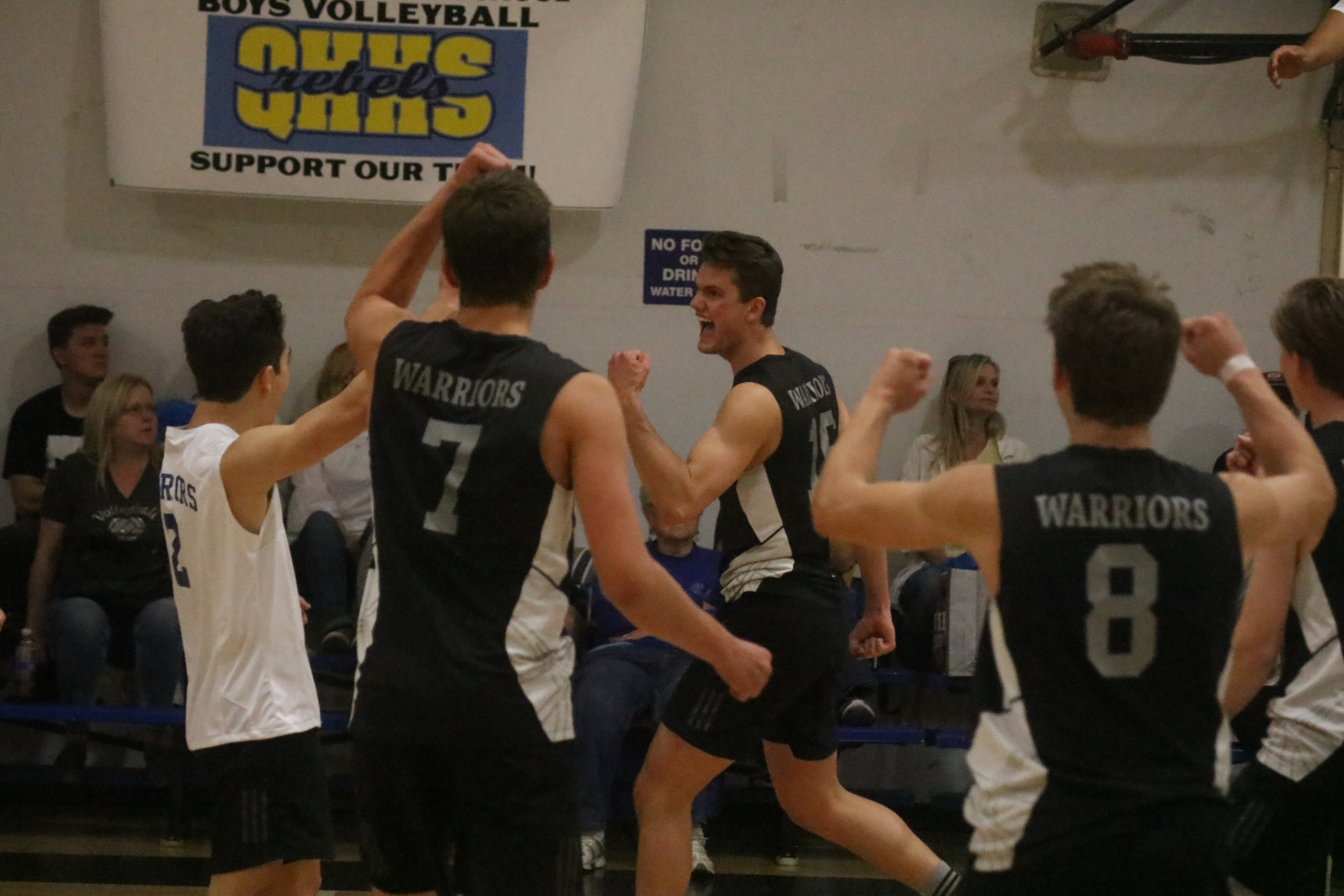 SAN JUAN CAPISTRANO – Getting to CIF-SS finals should be old hat for the Saddleback Valley Christian boys volleyball team, but Warriors coach Ryan Van Rensselaer said, “This has by far been the hardest year.”

The journey may have been harder, but the destination is still the same.

“We have a team scripture,” Van Rensselaer said, “which is ‘there is no greater love than to lay down your life for your friend.’ That’s what we talk about. … Volleyball is our platform to do that right now. So that’s really the truth of our success. All these guys are the kind of guys you’d want at your back when you’re in battle.”

Van Rensselaer said the group had a lot of freshmen and only one club player among its upperclassmen, but over the last eight matches, SVC has gelled together in another run to the finals.

“There’s a couple of unique variables,” Van Rensselaer said, “reeling it all in and getting them unified, that’s the battle. I didn’t think we’d get this far, to be honest. I knew we were capable, but with all those pieces not coming together, I thought okay, maybe we can do this.”

Saddleback Valley Christian closes out the 4th set over Quartz Hill, 25-15, to advance to its 5th CIF title game (all in the last 6 seasons) looking for its 5th CIF title. CIF-SS D2. @svcsathletics @CapoDispatch pic.twitter.com/bjkfnjnrsn

SVC made it harder on themselves at the end of the first set.

The Warriors led by four, 22-18, before Quartz Hill made a comeback. Quartz Hill fought off set point to tie it at 24 and at 25. Quartz Hill hit the final three points to win the set, 27-25.

From there, SVC got back on track.

“We really wanted to go back to our fundamentals,” SVC senior Bryce Laxson said, “and focus on what we’ve been working on in practice, sealing our block and really going hard on every point.”

SVC and Quartz Hill traded points to a 10-10 tie, but the Warriors hit seven straight points to push ahead. SVC held on to win the second set, 25-20.

The third set was similarly tight, but SVC hit eight of nine points for a 20-11 lead in the eventual 25-16 win.

SVC was in control of the fourth set from the jump with a 6-0 lead. SVC led by as much as 10 and won by that margin with a 25-15 victory to close out the match.