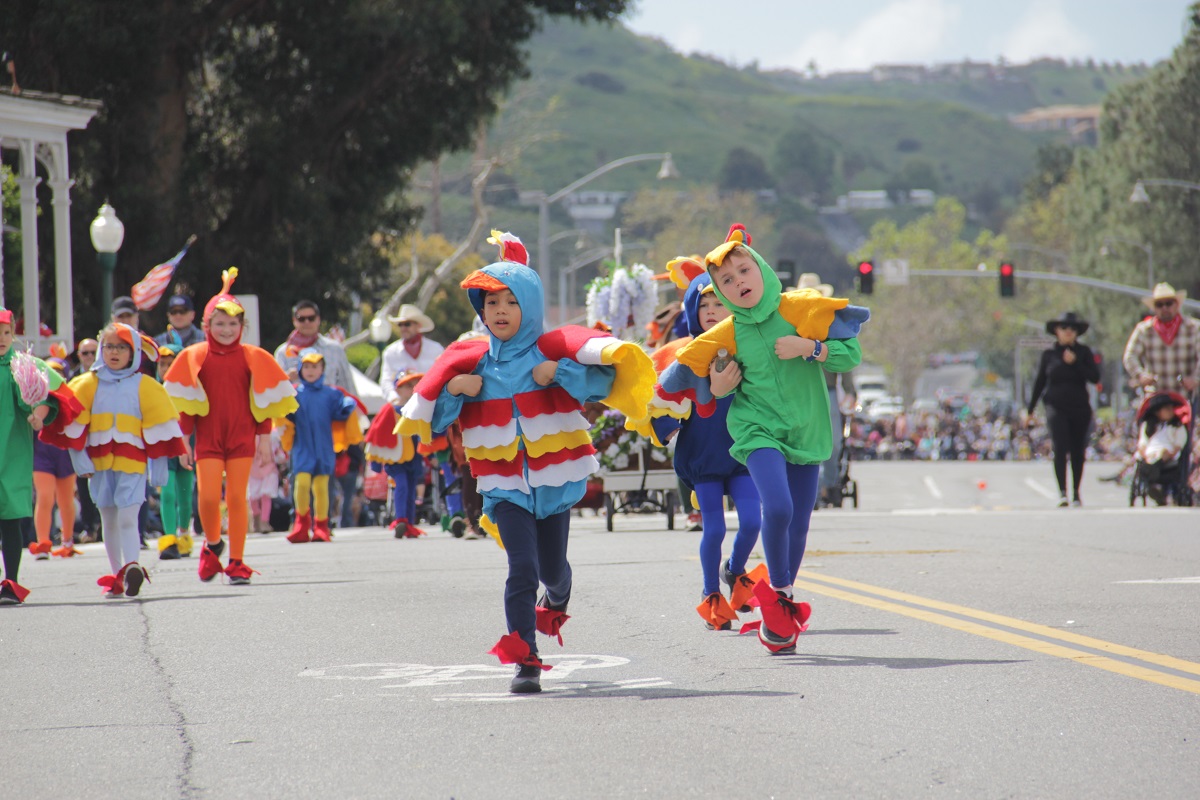 The 62nd Annual Swallows Day Parade was set to go on as usual in March 2020—and then the COVID-19 pandemic fully took hold.

The parade was indefinitely postponed that year, and also didn’t happen in 2021.

Fast forward to 2022, where cases have dropped and things are more back to normal than they have been in some time. The parade is set to occur on Saturday, March 12, in downtown San Juan Capistrano. Just as the swallows return to town, the parade is also coming back after a two-year hiatus.

Even then, it will still be a bit different. The parade will not have any horses, due to an equine virus outbreak. The disease is known as EHV-1, or horse herpes, and is spread by horse-to-horse contact. People cannot get EHV-1.

“This can be and has been fatal for some of our beloved horses,” the San Juan Capistrano Fiesta Association—a volunteer organization that organizes the parade and related events—said in an announcement. “The State has strongly urged that ALL equestrian events in the near future be cancelled or postponed to help stop the spread of this virus. We in the community have seen firsthand the horrible effects this virus is having.”

People will still be able to walk in the parade, and marching bands will also participate. All wagons will be pulled by vehicles and certain special horseless carriages have been invited to be in the parade for the first time ever, the Fiesta Association said.

Even given the forced last-minute changes, Fiesta Association members involved in organizing various parts of the big day are looking forward to the event.

“From my perspective, it’s a great thing for the city. I think people have been locked up because of the COVID-19 virus and haven’t had any excitement,” said Ben Dixon, who was handling the horse aspect of the event. “This is going to bring a great deal of recognition and excitement to paradegoers and the community of San Juan.”

Karen Stine, who is organizing the overall parade, said the return of the parade is exciting and has been received well by the community.

“The challenges have been that we normally are in full planning mode starting in October. We really didn’t get to start full planning mode until the very end of December/beginning of January, to even put it out there that we were possibly having a parade,” Stine said. “Then when it was fully approved was the beginning of February, with the city.”

“San Juan has such a community feel about it, and the last two years has been a major disconnect,” Stine said. “The parade celebrates the history of what San Juan is all about. It brings to the forefront the history of our town and why we love it so much.”

Along with the parade, Saturday will also feature the concurrent Mercado Street Faire which will have plenty of entertainment and adult beverages off the main parade route at Historic Town Center Park.

“The Mercado is a really fun, family-friendly, and local community event that we do every year with the Swallows Day Parade,” said Mercado organizer Michelle Erca. “It brings out about 20,000 people. We have merchandise vendors, food vendors, lots of Western products, and lots of kids products.”

There will also be a DJ and live music by Big City Hillbillies.

“I think they’re so ready,” Erca said of the community’s anticipation for the parade day. “They look forward to this as a tradition every year, and I think the crowd will be at least 25% to even 50% bigger.”

The parade starts at 11 a.m. Visit swallowsparade.com for more information.