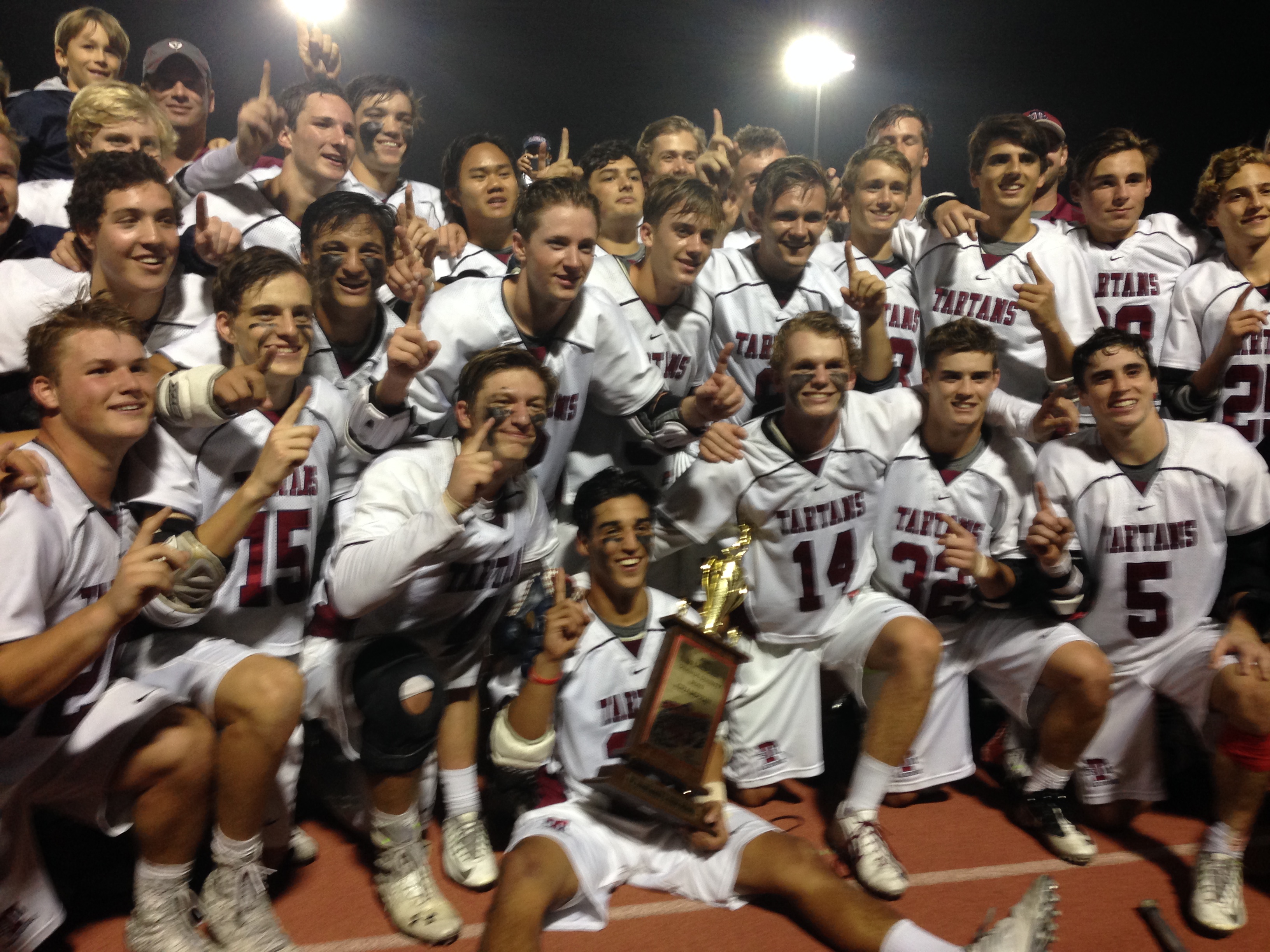 For the second time in three years, the St. Margaret’s boys lacrosse team was crowned as the U.S. Lacrosse Orange County champion.

The Tartans defeated a red-hot JSerra team 14-9 in the tournament championship game on May 13.

St. Margaret’s will face Palos Verdes in the Southern Section Championship at Mira Costa High School on May 16.

The high-powered JSerra offense came into the championship match having scored 41 goals in their previous three playoff games, led by seniors Yuta Murata, Logan Olmstead and Jake Schleppy. But the Tartans were able to limit the Lions playmakers with a team-oriented approach on defense.

That was a task that took some doing.

In the opening minutes of the game the Tartans lost their lockdown midfielder Nicholas Iavarone to injury and the Lions opened up a 3-1 lead on goals from Schleppy, Olmstead and Murata.

St. Margaret’s led 7-5 at halftime and exploded out of the gate in the second half with three straight goals from Samuel Harnisch, who scored twice, and Ryan Harnisch to take a 10-5 lead. JSerra went on a run of their own just before the end of the third quarter to make it 11-9 but in the fourth quarter, the Tartans defense dug in and halted their opponent’s momentum, holding the Lions scoreless for the final 12 minutes.

“Experience definitely helped us in this game. When we went on those big runs you could see that stuff was falling apart (for JSerra) and when they went on their runs I felt like we, as a team, kept our cool,” St. Margaret’s senior defenseman Fernando Delgado said. “We did kind of get rattled a little bit but the seniors and juniors who lead kept it calm. We knew we were going to come out on top.”

The Tartans defense was anchored by junior goalie Payton Fales, who had 14 saves on the night.

It looked like the Tartans would comfortably pad their 11-6 lead midway through the third quarter but JSerra turned in an aggressive final eight minutes of play.

After a Murata goal made it 11-7, Schleppy found junior Matt Karzak in front of the net for a goal. Schleppy played distributor again with 44 seconds left and set up a James Yanes goal to cut into the Tartans lead at 11-9.

“This was very, very tough … They had a ton of weapons everywhere and it was a very difficult puzzle to try and solve. I don’t even know if we did solve it, fortunately they ran out of time,” St. Margaret’s head coach Glen Miles said.

St. Margaret’s, who won the Southern Section Championship after claiming the Orange County title in 2013, defeated Palos Verdes 11-8 back on March 14.