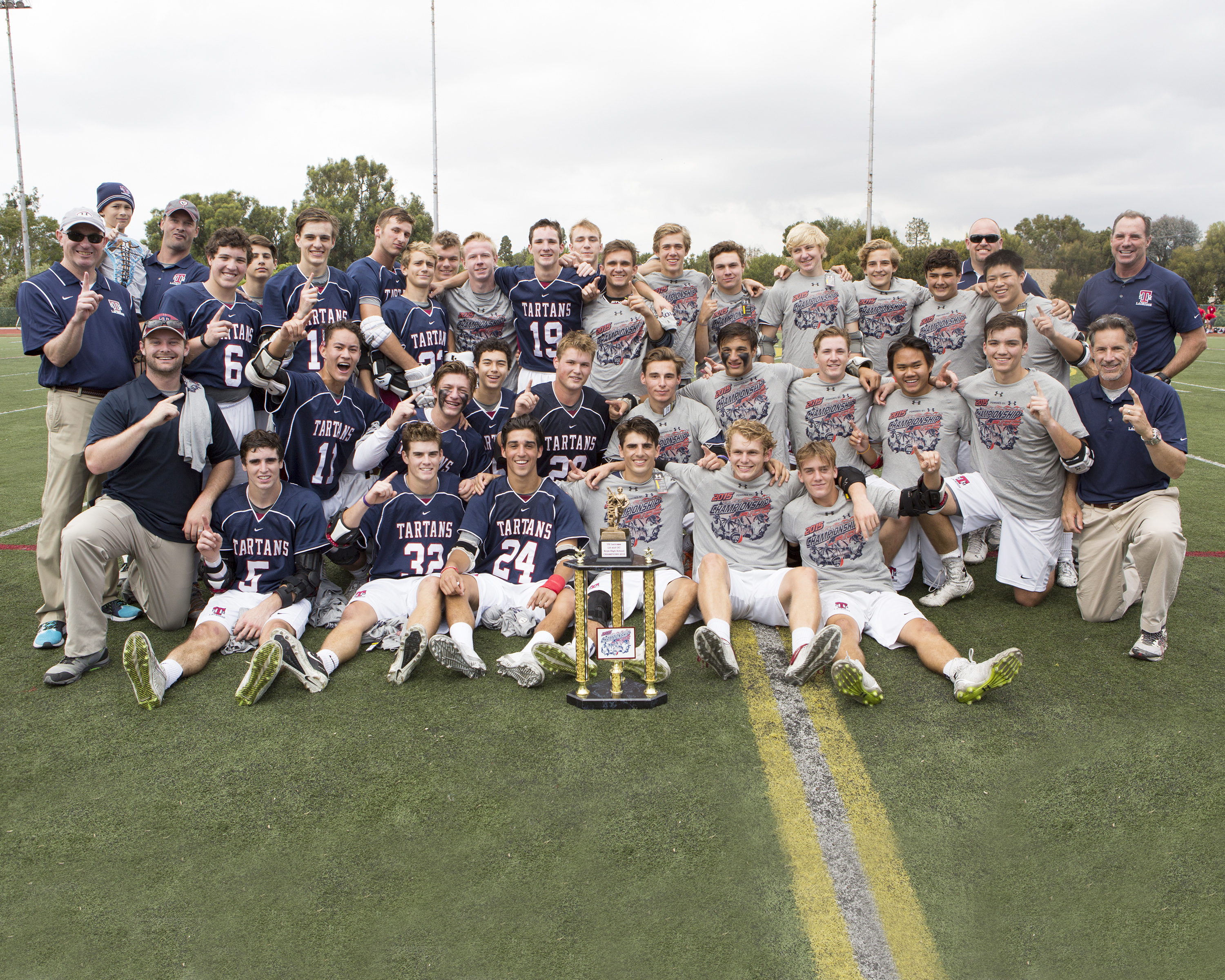 For the second time in three years, the St. Margaret’s boys lacrosse team ran the gauntlet of postseason play to capture both the US Lacrosse Orange County and Southern Section championships.

After defeating crosstown rival JSerra in the Orange County championship game on May 13, the Tartans traveled to Mira Costa High on May 16 and defeated Palos Verdes 14-8 for the section title.

A huge fourth-quarter scoring outbreak separated the Tartans from the Sea Kings in the sectional championship.

Nick Shanks broke an 8-8 tie with just over 10 minutes to go in the game and his teammates followed suit. Samuel Harnisch, Paddy Fallon and Eric Suh all contributed consecutive goals as the Tartans outscored Palos Verdes 6-0 during the final 12 minutes to seal the win.

Both teams battled to a standstill throughout the match and entered the second half tied 7-7. Palos Verdes tied it up just before halftime behind goals from Austin Lowi, Peter Kenkhaus and Stanny Gilbertson.

St. Margaret’s and Palos Verdes scored only one time in a tentative third quarter.

The Tartans had to navigate their way through an experienced and talented field of teams in the Orange County postseason bracket. The Tartans defeated Yorba Linda, Trabuco Hills and Corona del Mar before facing JSerra in the finals.

The Lions had just knocked off top-ranked Foothill in the semifinals and had scored 41 goals in their three previous playoff games before facing St. Margaret’s. While JSerra playmakers Yuta Murata, Logan Olmstead and Jake Schleppy all had multiple goals, the Tartans defense was able to hold on and St. Margaret’s won, 14-9.

St. Margaret’s saw an 11-6 lead shrink to a two-goal advantage in the third quarter. After a goal from Murata, Matt Karzak and James Yanes each scored right before the whistle to make it 11-9 heading to the fourth quarter.

But the St. Margaret’s defense clamped down and the offense dominated possession over the final 12 minutes. The Lions were held scoreless in the fourth quarter.

“This was very, very tough … They had a ton of weapons everywhere and it was a very difficult puzzle to try and solve. I don’t even know if we did solve it. Fortunately, they ran out of time,” St. Margaret’s head coach Glen Miles said following the win over JSerra.

St. Margaret’s last accomplished the feat of winning both the Orange County and Southern Section titles in 2013.