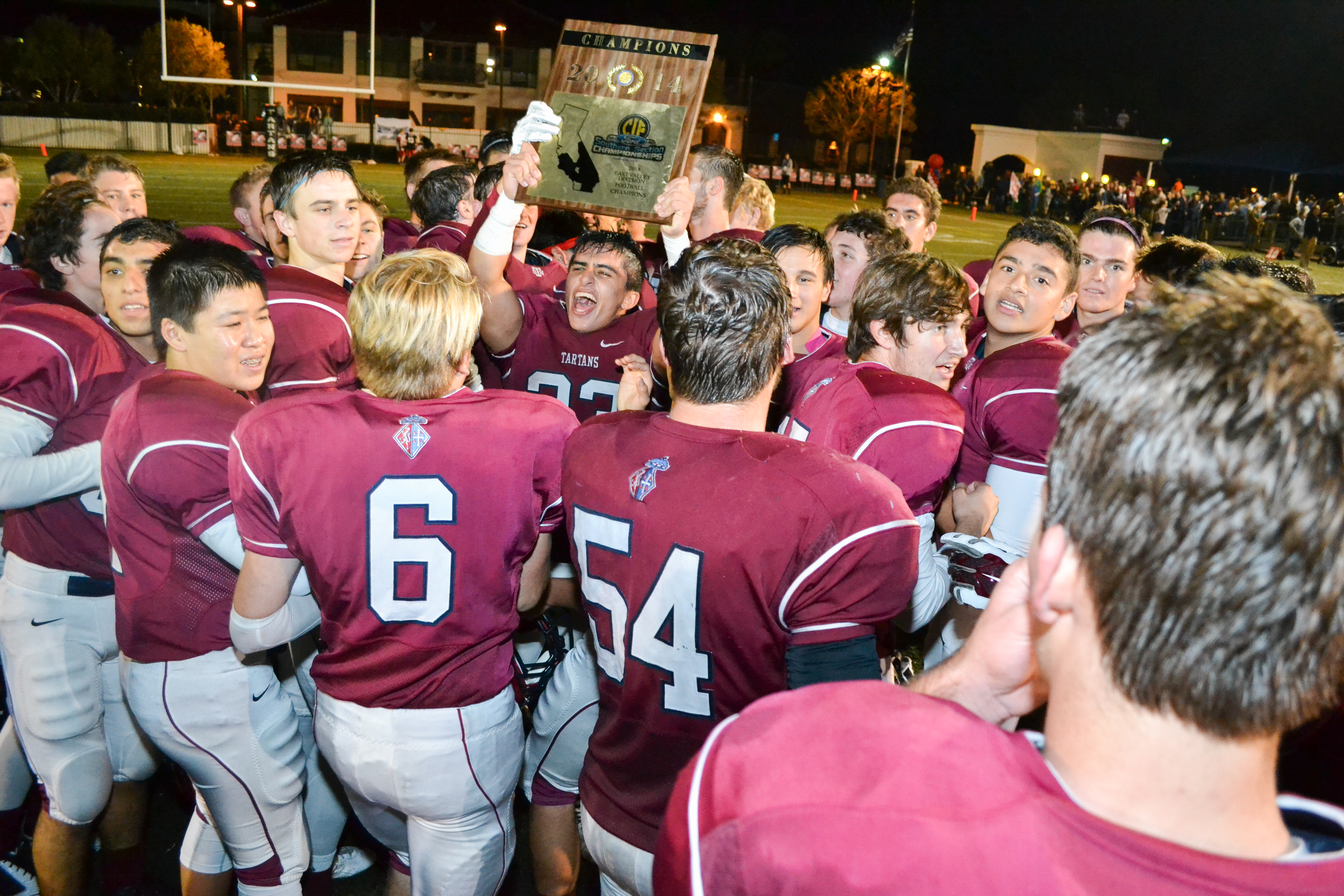 Last season’s CIF-SS East Valley Division runner-up finish was still on the minds of the St. Margaret’s football team when they took the field Dec. 6 to play Grace Brethren in the 2014 championship game. The Tartans, a perennial playoff contender, got so far last season, only to see it escape their grasp.

But when things got close Saturday night, with a chance to finally stamp their name on the the CIF-SS record books, St. Margaret’s relied on their trademark defense to come through with big plays in a 34-21 victory.

The Tartans cashed in on the first mistake when, on the ensuing drive, quarterback George Krantz threw a screen pass to Nick Shanks, who bobbed and weaved his way around the Lancers defense and into the end zone for a 33-yard touchdown strike.

Seven seconds later, Delgado intercepted Woodard for a second time and again, the Tartans turned the turnover into points. Running back Oscar Gomez burst for a 21-yard touchdown and put St. Margaret’s up 34-14 with just over five minutes to go.

Delgado’s timely interceptions helped swing the momentum late, but the Tartans run defense was impressive in the first half. Grace Brethren came into the game averaging 362 rushing yards per contest and were limited to just 66 yards on the ground in the opening two quarters.

“It feels great. Complete team effort … We knew we could do it. Defense wins championships and that’s exactly what we did today,” St. Margaret’s head coach Stephen Barbee said. “(The Defense) has been a staple, for the last five years since I’ve been here, and it shined. It shined tonight.”

Nick Shanks returned a Lancers punt 65 yards for a touchdown with three minutes remaining in the first quarter to put St. Margaret’s up 14-0.

Shanks had 38 yards rushing on seven carries and caught five passes for 91 yards and a touchdown.

St. Margaret’s finished the year with a county-best 14-0 undefeated record.

The win over the Lancers was a long time coming for the group of Tartans seniors, who were able to overcome last year’s disappointment and hoist a CIF-SS trophy on their home turf Saturday night.

“It’s surreal. We’ve been together four long years and we just fought. Finish strong was our motto into that second half,” Delgado said.