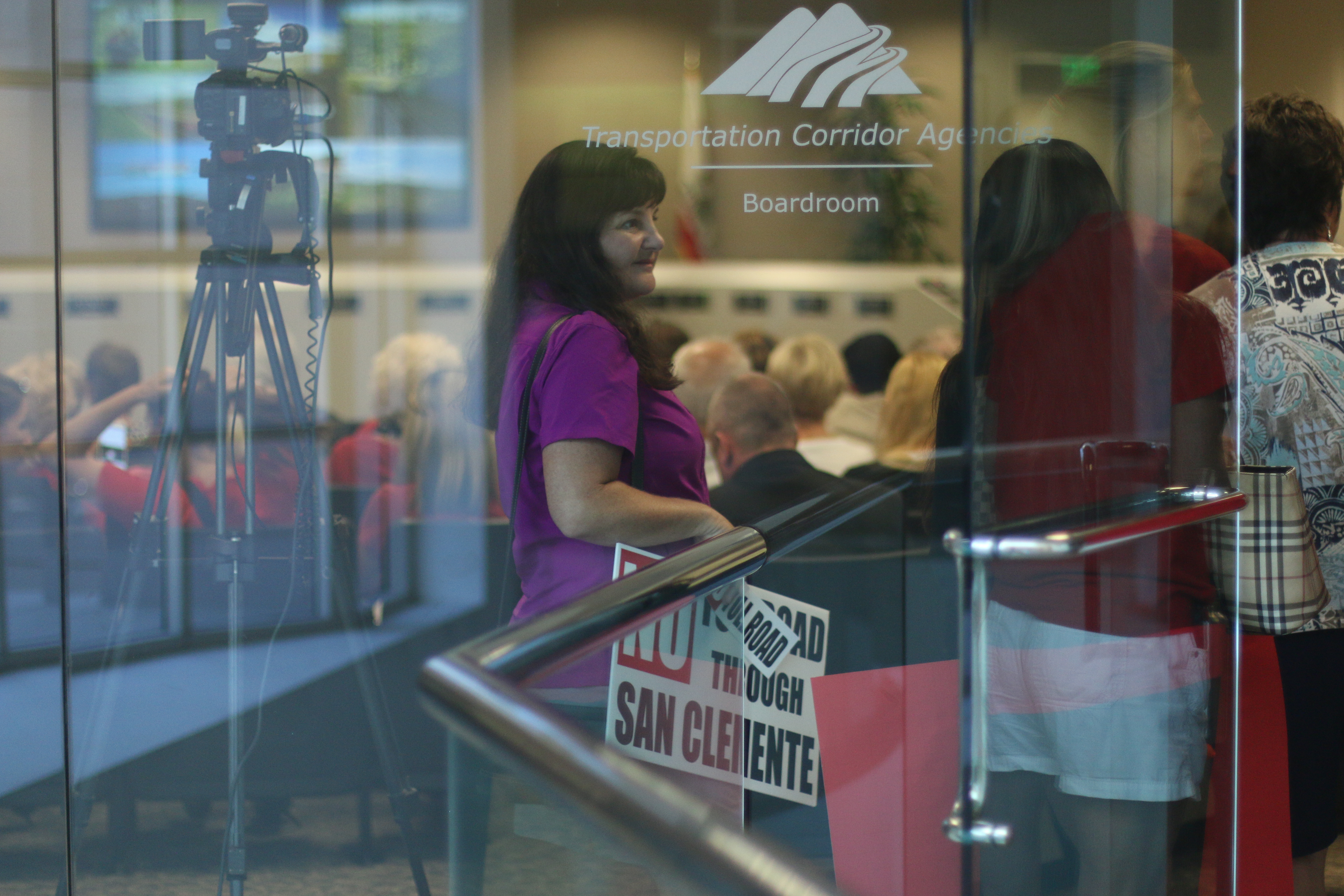 TCA Will Fight Lawsuits Filed Against it by City of San Clemente, The Reserve

Following a closed session meeting on Aug. 10, the Transportation Corridor Agencies (TCA) voted to defend its position regarding the two lawsuits filed against the agencies by the city of San Clemente and The Reserve Maintenance Corporation, a homeowners’ association in San Clemente.

San Clemente Mayor Kathy Ward, who is a board member on the Foothill/Eastern Transportation Corridor Agencies, recused herself from the closed session portion as she voted at City Council’s closed session to authorize the city to file a lawsuit against the TCA.

The lawsuit filed by the city of San Clemente seeks the court’s action to require the TCA to go through the process of the California Environmental Quality Act (CEQA) before a settlement agreement is made. The settlement was completed between the TCA and various environmental groups in November 2016, which states so long as the TCA doesn’t build a toll road through an avoidance area, covering most of south of San Clemente and Trestles, the groups will be provided with a $28 million conservation fund.

In a statement from the TCA, read by the Joint Board Chairman Ed Sachs during the meeting, the agencies argued that they had the authority to settle agreements related to lawsuits between it and local environmental groups. It also disputed claims against them that they violated California’s open meetings act, the Brown Act, when it settled those agreements in a closed session, which are not open to the public.

The TCA disputed claims that they were violating the California Environmental Quality Act, as it has not taken any steps to approve projects under the act. It also disputed claims regarding lack of CEQA processes related to the Oso Bridge project and converting a road in Rancho Mission Viejo into a toll road.

In order to figure out the traffic needs of South Orange County, the Transportation Corridor Agencies (TCA) approved $649,000 to fund a traffic engineering performance assessment report and mobility in the area as well as some additional spending, if necessary.

Ward said the study should reflect data that will be compiled after the I-5 corridor expansion and Avenida La Pata expansions are complete, as data collected during construction times would not accurately reflect “normal” traffic.

The final vote to approve the expense included those points. Jeff Corless, spokesperson for the TCA, said officials will not commence studies until the major traffic projects have been completed.

San Juan Capistrano City Councilman Brian Maryott concurred that the data should show the most accurate numbers, adding that he is “very anxious” about the possibility of a toll road being built through San Juan or any other neighboring city.

After a slew of complaints from members of the public who attended the third public forum hosted by the TCA on June 5 at Saddleback College, the agencies will look to formalize a disclaimer form for comments and questions made during public forums.

At the forum, TCA officials acknowledged security personnel “misinterpreted” what items were to be allowed and not allowed at the forum, such as signs showing favor or opposition to the toll road process.

Another problem people disputed was when the TCA collected comment cards from the public and intended to publish them online, people were unaware that their contact information was also published with the cards.

TCA officials said they took steps to correct the errors at the forum, but people at the public comment portion of the Aug. 10 meeting were unsatisfied, claiming the organization did not do all that it could to immediately correct the mistake. The next joint board meeting is scheduled to take place in October.