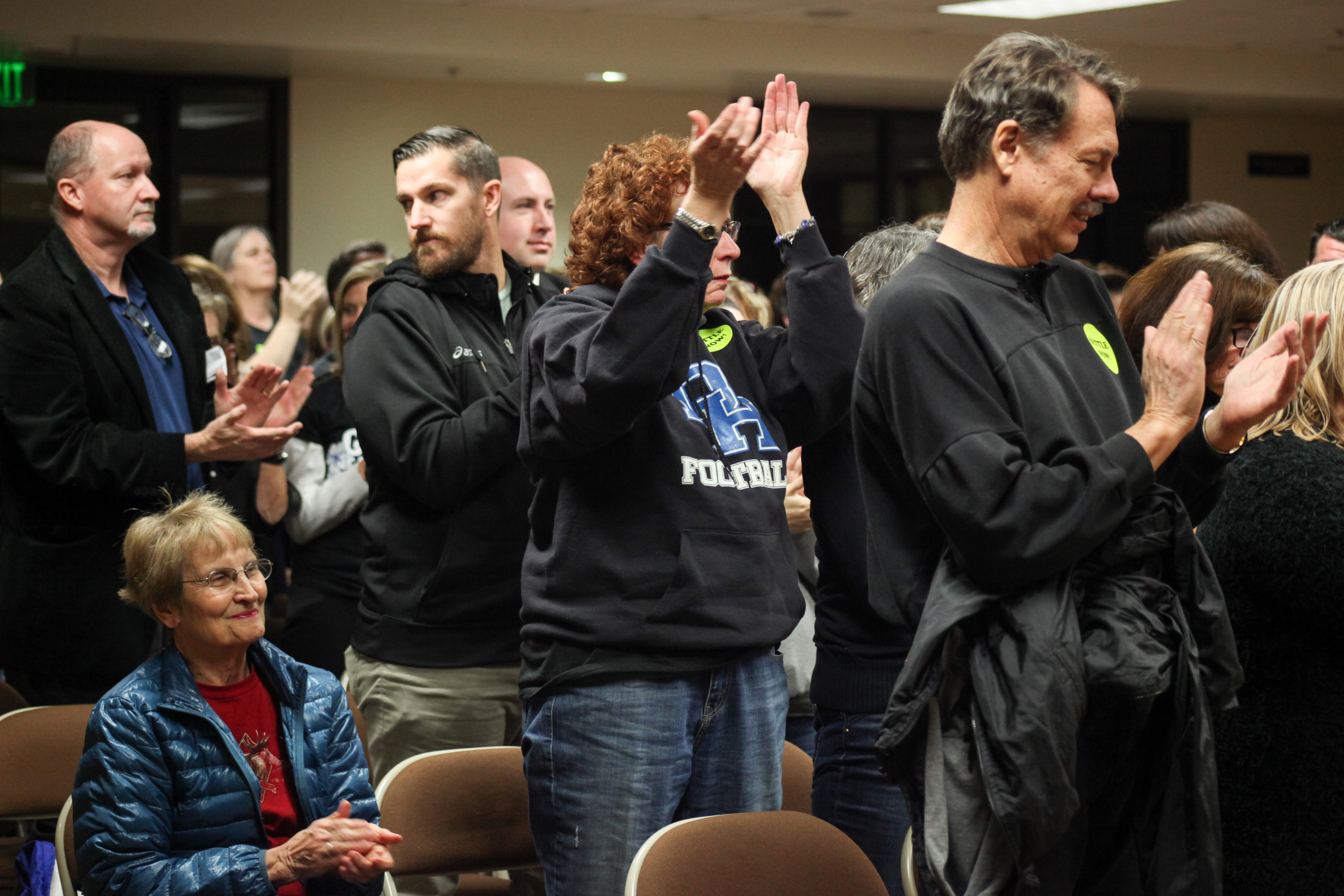 Well over 100 teachers and supporters displaying lime green “Settle Now!” stickers filled the Capistrano Unified School District board room on Jan. 13, occupying many of the seats and lining the back wall during the brief, two-item meeting. During public comment, two representatives from the Capistrano Unified Education Association spoke to the group’s reasons for attending the meeting, including shedding light on labor negotiations between CUSD and CUEA that have been ongoing since September.

CUEA president Sally White told the Board of Trustees that teachers are “tired of begging for a raise.”

“They have been worn out and worn down by constant changes to education that come from above,” White said. “Since 2007 to 2008, they’ve only seen 2 percent added to the salary schedule; that’s 0.25 percent a year.”

Michael Hulse, a 13-year history teacher at Dana Hills High School and member of CUEA’s executive board, added that while his job in CUSD was initially the envy of all his peers, today “qualified teachers no longer wait patiently for an opening in our district.”

“The best candidates often have offers before they ever finish their credential programs,” Hulse said. “We now hire from a shrinking pool of candidates and hope for the best.”

White noted that Gov. Jerry Brown’s proposed 2016-2017 budget recently delivered good news with increased funding for education. Brown wrote that “relative to years past, the state budget is in good shape” and “education funding is at its highest level ever.”

White asked CUSD trustees to reflect that increase in the district’s budget.

“Please show them by your budgeting that they matter … that someone is noticing what they’ve been doing a shoestring for too many years,” she said.

“All of the districts around us have gotten very good increases in the last few years, and we haven’t been able to do that,” White said in an interview. “This year, we’ve gotten the most amount of money from the state. If we can’t get a good raise this year, we’re never going to get one.”

Negotiations between CUEA and CUSD continued on Jan. 22 without resolve. After 10 meetings, CUEA representatives reported on their website that they are “not yet close to a tentative agreement” with CUSD. New negotiation dates are currently in the works.

“We believe that CUSD has sufficient funds to meet our current proposal and still maintain adequate funding for its other needs as well as its reserve,” CUEA’s website states. “The issue appears to be CUSD’s ability to pay versus their willingness to pay.”