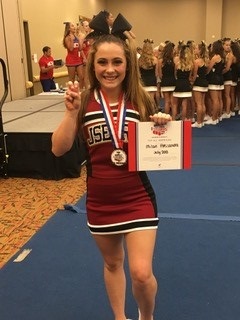 A local teen at JSerra Catholic High School is collecting gowns for the Marine Corps Ball in Carlsbad in November.

Milan Alessandra was initially bummed when her mother, Trisha, told her she would need to get rid of some of her many gowns, but she found a way to turn that experience into a positive.

Not only did she square away some of her own gowns, but she has also collected them to give to Christian group Armor of Light. The group will give out the gowns for free to women attending the ball in a special event on Sept. 8, according to their website.

Trisha Alessandra said one of the things that motivated her daughter to collect gowns is that her grandfather served in the Army for many years.

So far the teen has collected 75 gowns with the goal of collecting 100, her mother said.

“This was just her way to give back to my dad and the people who serve and take care of our country,” Trisha Alessandra said.

Those who have gowns who would like to contribute to Milan Alessandra’s cause can send an email to talessandra@cox.net.