The Last of the Founding Stallions

The foundation has been set at San Juan Hills High School, thanks in large part to the class of 2013.

When these students entered high school in 2010, their campus was still only three years old. The familiar trappings of the typical high school experience were virtually non-existent. There were no traditions or long-standing rivalries. There wasn’t even a senior class.

In four short years, however, these students—primarily drawn from San Juan Capistrano, Dana Point, Ladera Ranch and San Clemente—helped build their school’s reputation as top performers in the classroom and in the athletic arena. And through service activities, they developed a strong connection with their community as well.

But during their commencement ceremony on Tuesday, June 11, at the Bren Events Center, speaker after speaker emphasized what is perhaps the class of 2013’s most important legacy: establishing a sense of school community and Stallion pride.

“We really grew into a real high school this year,” said Briana Baptiste, this year’s Scholar of Scholars. “The other classes might have broken in the school, but I feel like we were the first class to make it a really big high school community.”

This year’s list of milestones and accomplishments are a testament to the groundwork and blueprint for success the class of 2013 has laid for future Stallions.

In May, Newsweek/The Daily Beast placed San Juan Hills as the 500th best school in their annual list of the top 2,000 high schools in the country—behind only Tesoro High School (337th) in the Capistrano Unified School District. In the fall, the football team broke in the school’s new home stadium, dubbed “The Badlands,” with a victory and finished the season with a school record-tying seven wins. And in the spring, the Stallions boys volleyball team earned a share of its first Sea View League title.

Evan Parker Gentry, who was team captain of the boys volleyball team and one of four valedictorians to speak at graduation, said attending San Juan Hills provided a unique opportunity to help establish the school’s identity from the get-go and to turn what was once a “lonely campus” into a vibrant, supportive community.

“Because we were sort of the founding fathers of this school, we were able to decide how we wanted to represent San Juan Hills High School and prove we were the best out there,” Gentry said.

With 388 seniors earning their diplomas, the class of 2013 is the smallest of San Juan Hills’ three graduating classes—last year, the school graduated 439 students. Gentry said being a part of a small class was favorable because it allowed students to become closer with one another.

“I’ve been able to make connections with people all around and really network with them,” Gentry said.

When asked to describe the class of 2013, Principal Tom Ressler said he was most proud of the solidarity shown by the senior class. As an administrator, Ressler said he wasn’t pleased when over 300 of his seniors decided to partake in the senior “ditch day” tradition. However, he admitted that he was slightly impressed by their loyalty to one another, even when they were punished the day after.

“While it was a negative, it was showing how together they were,” Ressler said. “The fascinating thing is, when they heard we were going to penalize them, rather than complaining, they said, ‘Okay, we did it. We accept it. But we are happy we came together to do something.’”

Ressler also highlighted the class of 2013’s compassion for underclassmen. This year’s seniors, he said, made it a point to involve juniors, sophomores and freshmen in school-wide activities and efforts.

“Probably more so than any class I’ve seen in many years, they included other kids,” Ressler said. “They developed a sense of leadership in the kids below them. It was just a really neat class.”

The class of 2013’s contributions won’t end with graduation, however. During the commencement ceremony, Ryan St. Onge, senior class president and the 2013 Stallion of the Year, revealed his class’ parting gift: an original bronze statue depicting a bucking Stallion.

“We’ve already got a beautiful campus, but now we’re going to have a place that can become a focal point,” Ressler said. “They’ve given that seed for us. Now, it’s up to the rest of us to make it a rallying point.”

To read the 2013 San Juan Capistrano graduation special, including full graduation lists for all five local high schools, see below: 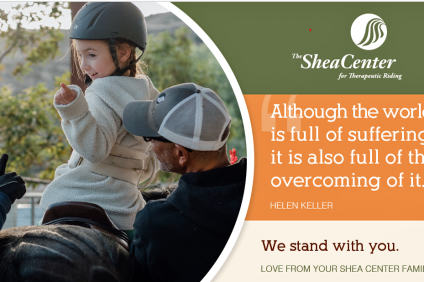