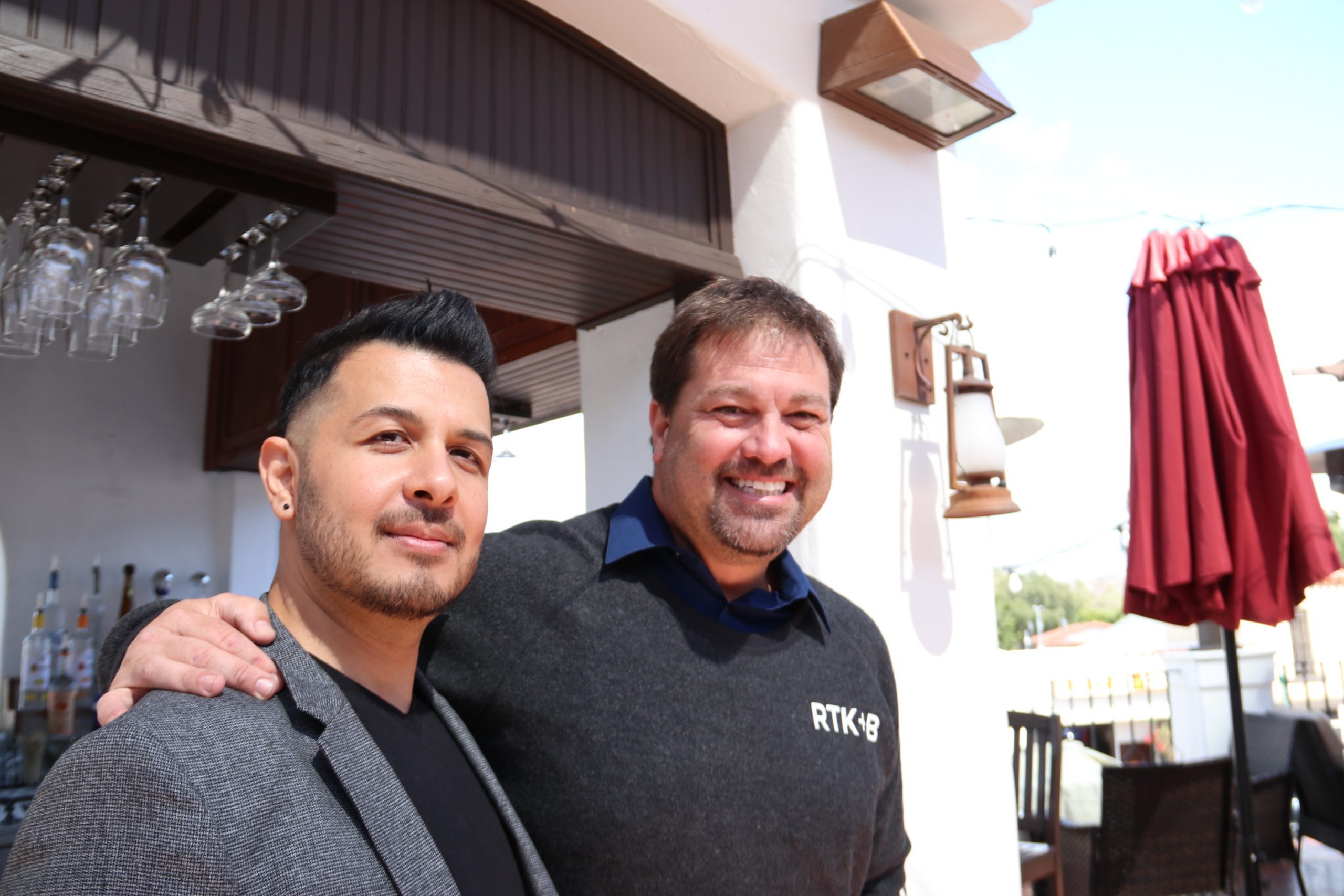 When restaurateurs Archie Hami and Marc Resnick wanted to introduce their new venture, The Rooftop Restaurant & Bar, to the San Juan Capistrano community, they decided to do it on a big day—the Swallows Day Parade on March 12.

The longtime friends, who have more than 50 years of combined experience in the restaurant industry, held a limited VIP soft opening for their new restaurant, which ended up selling out of tickets. The business partners hope conditions will be similarly kind when they have a grand public opening on April 16.

“We want something that’s a little different—a little bit of San Juan Capistrano. We wanted a very cabin, woody feel,” Hami said. “We wanted something more of the American comfort cuisine, with a modern twist to it.”

The Rooftop lives up to its name, with open-air seating that offers a bird’s eye view of downtown. The restaurant is located at the former Ruby’s Diner location above Selma’s Chicago Pizzeria & Tap Room, just across the street from Swallow’s Inn. Some small patio tables have several seats placed around them, allowing for intimate group gatherings.

Menu items include chicken pot pies, meatloaf, and shishito peppers, which have a tangy taste from vinaigrette seasoning.

“We want to bring the new world and the old world together, give them some memories of what they were having when they were younger or what they were cooking for their kids—and at the same time, one of the best views of San Juan,” Hami said.

The two are Orange County locals. Resnick attended Dana Hills High School and now lives in Laguna Niguel, while Hami lives in Lake Forest. Their paths tended to cross in the restaurant industry, so they decided to go into business together in San Juan.

“I’ve mostly been in the bar scene and financial advising team. Marc is the marketing genius behind everything,” Hami said of their business experience. “He’s one of the most connected people I know. He knows almost everybody. He grew up here.”

Resnick, who’s 45, laughs that he started selling pretzels at the Mission Viejo mall when he was 15.

“I’ve owned and operated restaurants. I’ve opened multiple locations for different new openings,” Resnick said. “I’ve worked in the hotel side. Been there, done it.”

The two remarked on how San Juan has grown from when they were kids. Hami recalls visiting Mission San Juan Capistrano when he was young and how there was “nothing” around.

“Growing up down here, you would pass through San Juan,” Resnick said. “It was never a destination place. Now, you look at what’s going on in Dana Point with the harbor; it’s a destination spot.”

Hami and Resnick reduced seating capacity in the restaurant after acquiring the property to give the space more breathing room for customers.

“We’re trying to give an experience, along with the food and drinks,” Hami said. “You can sit out over here, whether it’s a first date or anniversary. It’s an experience we want people to go home with. They can sit outside and enjoy the weather.”

The Rooftop is also aiming to be a music venue as well, with live music planned for the restaurant—including for the grand opening on April 16, which will feature Yachty by Nature and other acts.

Where The Rooftop now sits actually used to be a community gathering spot called Woodman’s Hall, according to Resnick. He and Hami want to pay homage to that concept of being a place where people can hang out on a Friday night after work.

Hami and Resnick scouted numerous potential buildings when searching for the right location, and the downtown spot above Selma’s was the first one they examined.

“We were very, very fortunate. This restaurant was a Ruby’s Diner for 30 years,” Resnick said. “The idea is, we want to have the kids cycle through and work for us as teenagers and have their kids work for us. We want to carry on the tradition that Joe Campbell had here, where it was just a family place.”