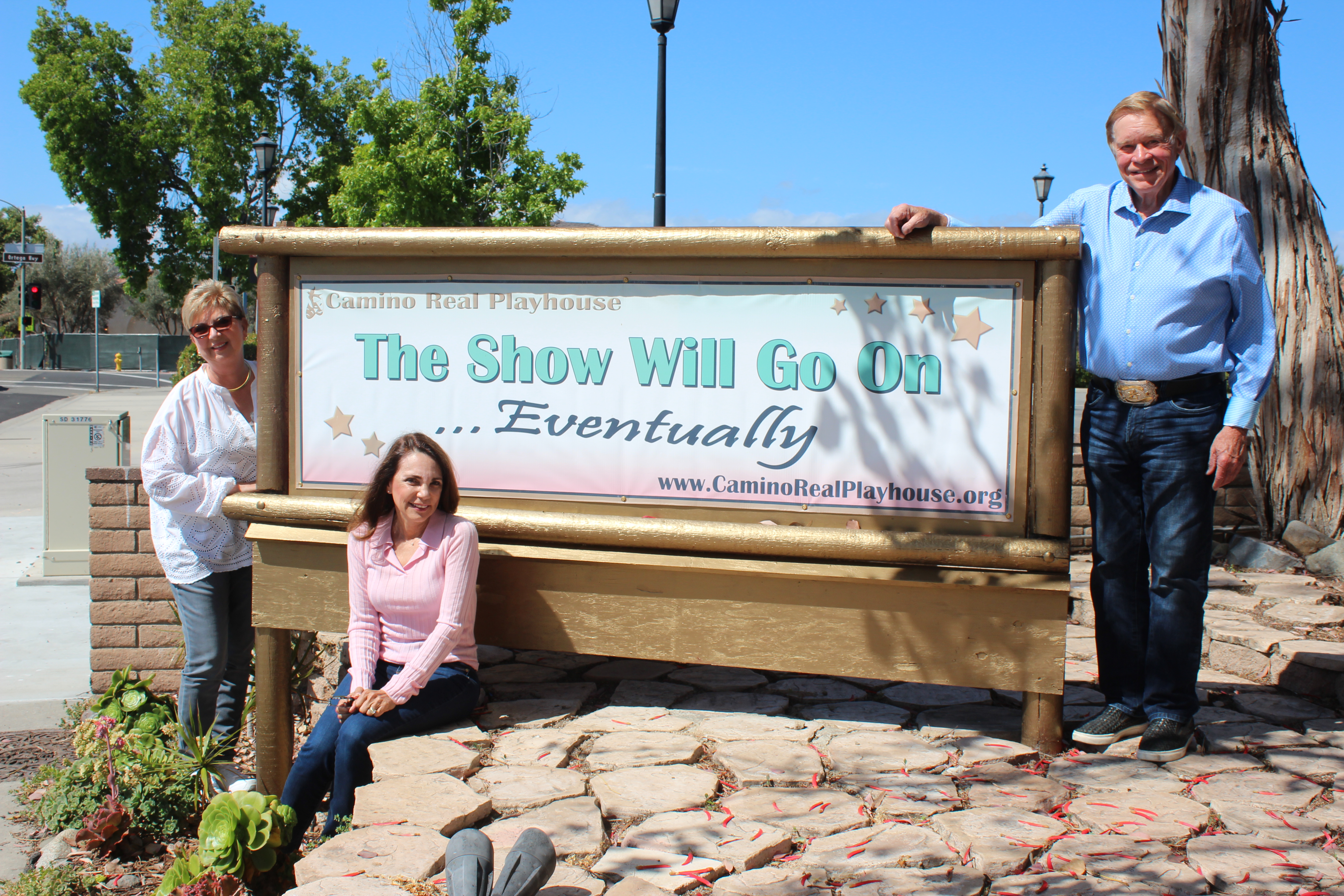 The Show Will Go On for Camino Real Playhouse. The Question is When.

So says the sign outside Camino Real Playhouse. The community theater has no productions going on during the global health crisis, and when they will resume is up in the air.

There was a show ready to go in March, but that had to be delayed as the pandemic grew.

“It’s on hold, and our expectation is that’ll be the first show we open with,” said Tom Scott, Camino Real Playhouse President and Founder. “Once we can start rehearsals, I’d say it will take up to a couple of weeks for it to get back on its feet.”

The Playhouse reopening depends on numerous factors, including when restrictions are lifted and if it’s safe to do so. Beverly Blake, the theater’s Vice President and Scenic Artist, points out it’s also a question of if audiences will be willing to return, since people currently are cautious about public gatherings.

“If we were to do (carefully spaced seating and limited occupancy), it would mean we would have about a third of the house with social distancing,” Scott said. “We would have to tape off (seating) in checkerboard fashion for each of the rows that are there.”

Theaters may be some of the last places to reopen, said Artistic Director Leslie Eisner.

The usual in-person summer theater camp for kids will not happen as scheduled, but it is taking place virtually.

“People can sign up online and choose a morning or afternoon session,” Eisner said. “It will all be on Zoom. There’ll be different components, a choreography component, an acting component, lots of things the kids can do.”

In the meantime, Playhouse staff has been handling maintenance work during the closure, including interior painting and changing outside fixtures. The technical director has organized the technical booth to ensure there are no loose wires.

“It’s been very interesting for us financially,” Scott said. “We have had quite a number of donations, none of them really large, but a lot of our patrons have made $20, $50, $100 contributions, which has been very, very nice.”

The Playhouse has been sending out 10-minute play performances with email newsletter notifications that go out on Tuesdays. The email notifications also have links for donations.

Like other organizations and businesses, Playhouse staff also qualified for and received funding from the Paycheck Protection Program (PPP), which will cover some expenses temporarily.

Eisner said they are going through “total withdrawals,” with no performances or rehearsals. Actors are wondering when they can return and say they miss the theater, according to Eisner.

“When I come in under normal circumstances, it isn’t unusual for us to have three rehearsals going on at the same time,” Scott said. “We have two rehearsals and an audition, or someone will spontaneously be doing a dance rehearsal someplace. It just vibrates. Now when I come in here to work, it’s so spooky, even the ghosts have left.”

The set is painted and ready for when shows resume, Blake said.

“We’re just anxious to get the show on the road,” Scott said.