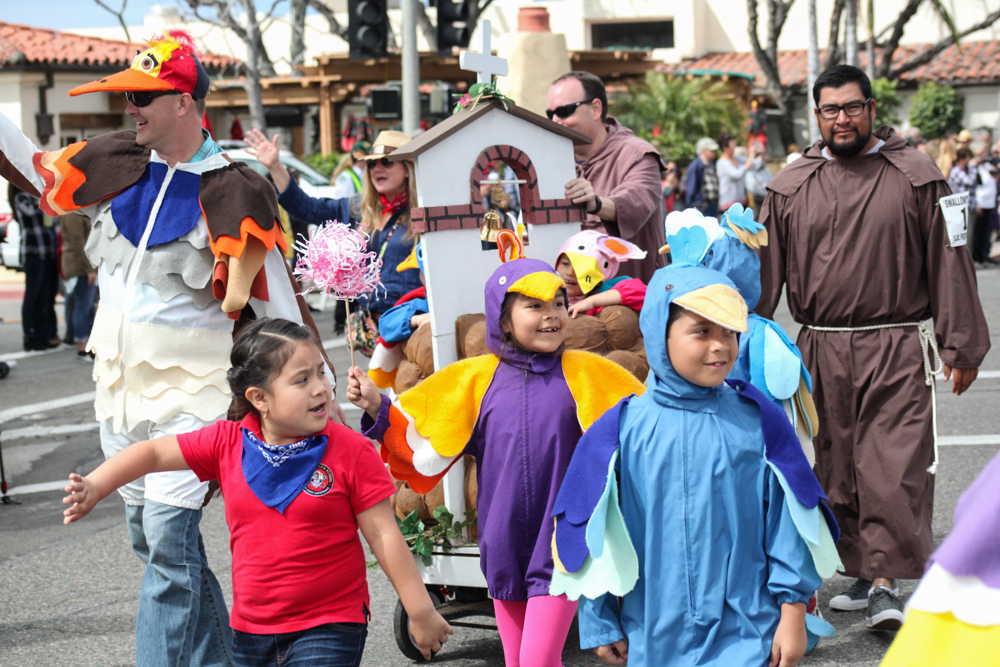 The Fiesta Association held a contest on Facebook in July seeking ideas for the 60th parade theme. The winning idea came from Rachael Wendel, who was awarded with a gift card to Trevor’s at the Tracks.

The all-volunteer nonprofit organization hosts an array of events each year during the three-month Fiesta de las Golondrinas, which leads up to the Swallows Day Parade and Mercado Street Faire—one of the nation’s largest non-motorized parades. The 2018 Swallows Day Parade is set for March 24.

The Fiesta Association board’s next public meeting is Wednesday, Sept. 13, at the Nydegger Building, located at 31421 La Matanza Street in San Juan Capistrano. Doors open at 6:30 p.m. for socializing and refreshments. The meetings generally run from 7-8 p.m. During the off-season, Fiesta meetings are every second Wednesday of the month.

The next major event for the organization will be the Farewell to the Swallows BBQ at Zoomars Petting Zoo on Saturday, Oct. 21, from noon to 4 p.m. Residents can also meet members of the association at the city’s final San Juan Summer Nites concert on Wednesday, Sept. 20, at Historic Town Center Park, located at 31852 El Camino Real.