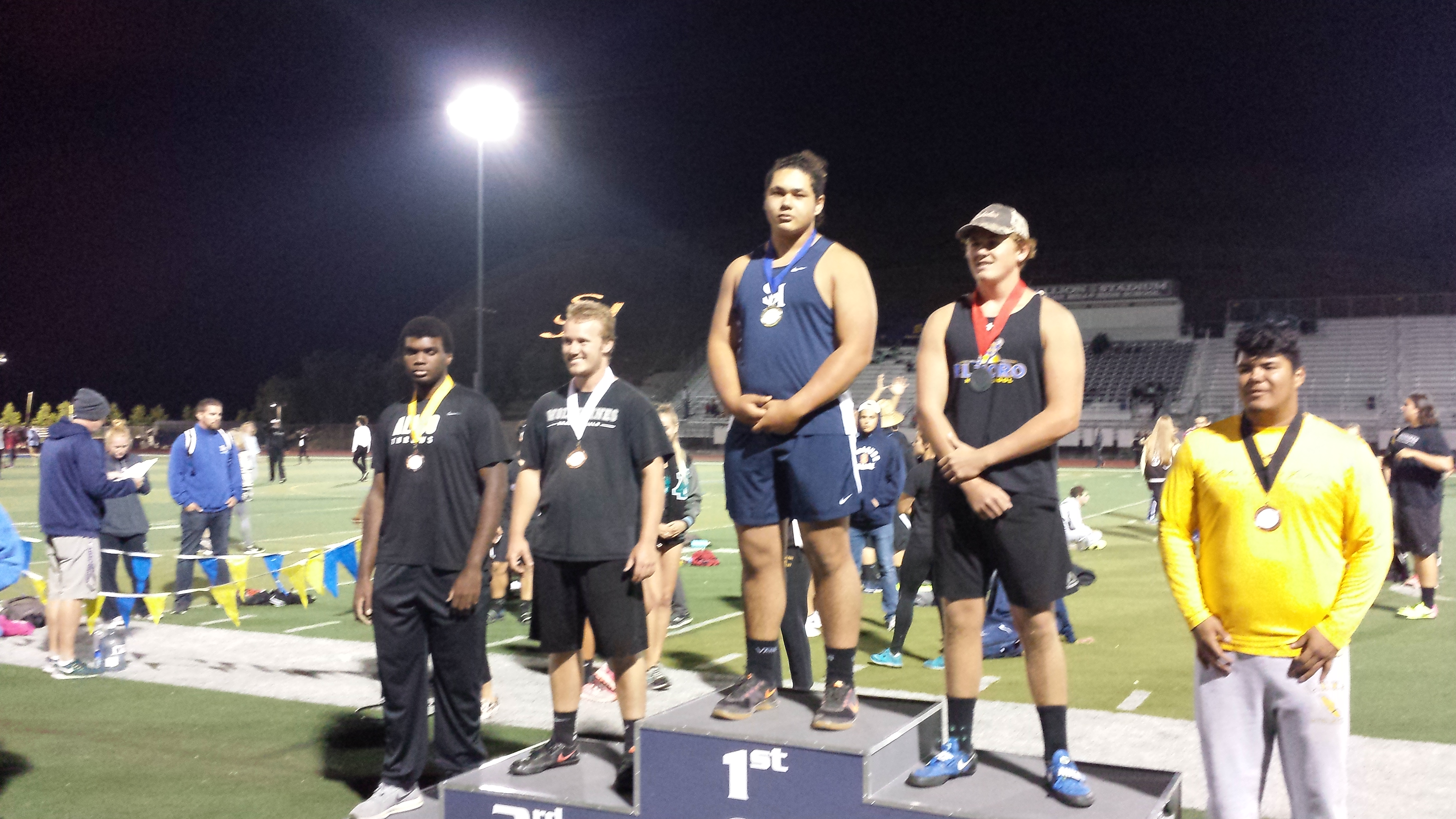 San Juan Hills High School’s Sean Rhyan has been excelling in the shot put for the Stallions’ track and field team this season.

The 6-5 sophomore claimed the Sea View League title on May 5 by clearing the mark of 53-feet-1-inch at San Juan Hills’ home track. The throw is now a new program record.

Rhyan became the first Stallions shot put thrower to claim the league title since 2008, and he will head to the CIF-SS Division 2 Track and Field Championship Prelims at Moorpark High School on May 13.

This is Rhyan’s first season competing in shot put, and he has several high finishes to his credit. He finished second in the frosh/soph division at the Orange County Championships on April 22, clearing 53-feet for the first time.

Rhyan is also a member of the Stallions football team, and he is a rising recruit. Rhyan, a left tackle and defensive end, picked up an offer from UCLA this summer.