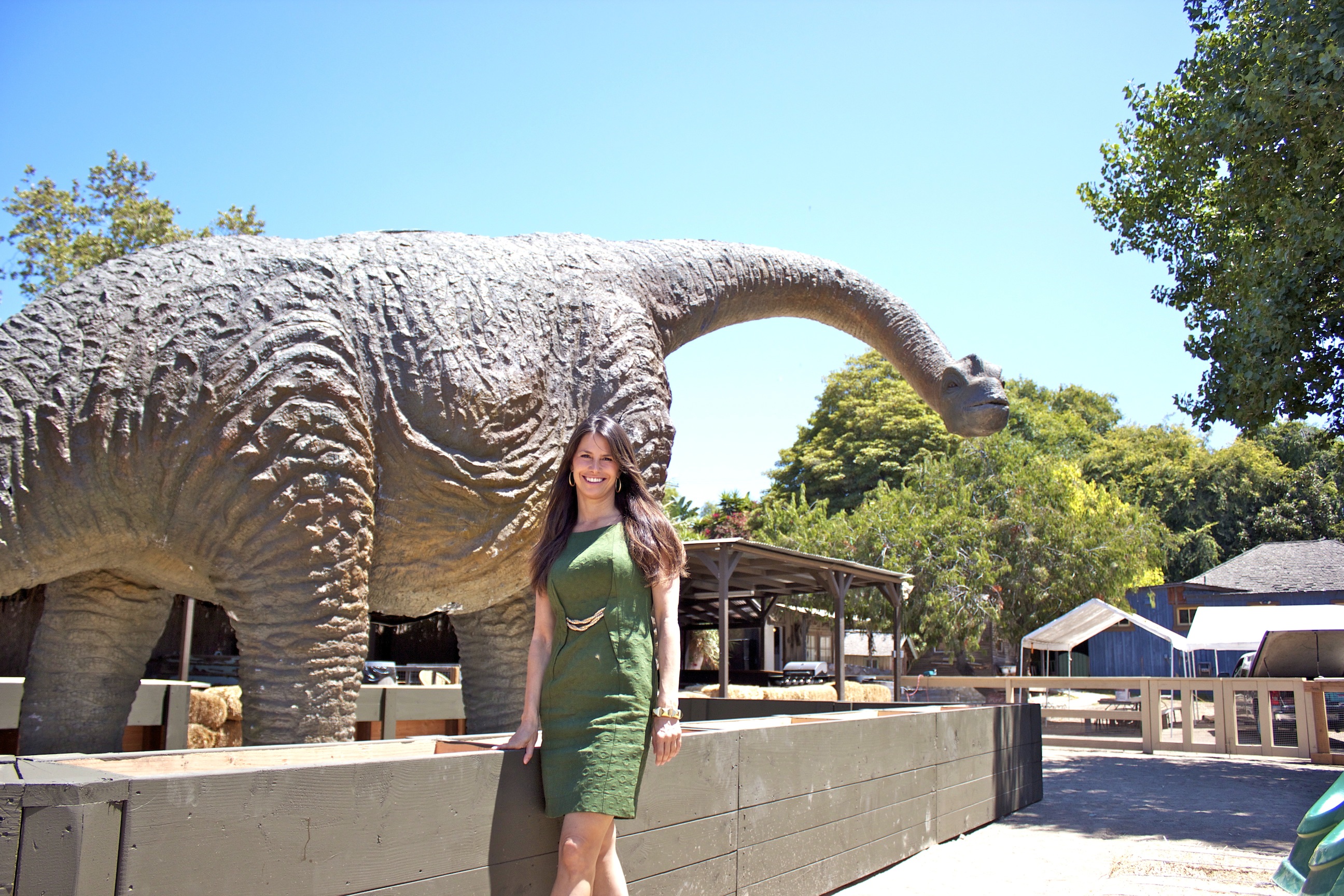 Like the apocalyptic asteroid that’s theorized to have wiped out its real-life brethren, Juan, the controversial dinosaur statue at Zoomars Petting Zoo, was delivered its final extinction notice from the city of San Juan Capistrano Tuesday night.

An appeal to save the apatosaurus replica failed to pass on the City Council’s 2-2 vote – a decision that was met with praise from its preservation-minded critics, who believed the dinosaur was an unbefitting addition to the Los Rios Historic District, but stunned Zoomars owner Carolyn Franks and her small army of supporters.

“This is a sad day for the kids,” said an emotional Franks after the hearing. “I feel like I let down the kids. It’s not about the money. It’s that I’m going to have to tell these kids that the city doesn’t want the dinosaur.”

After hearing close to two hours of public comment – from 21 dinosaur supporters and 11 opponents – the City Council discussed the item for nearly an hour themselves. Before them was Franks’ appeal of a January denial of the dinosaur by the Planning Commission.

Since the dinosaur replica was first installed and flagged for removal in June, the city has argued that the structure is inconsistent with the Los Rios Specific Plan, which sets the goals, policies and historical scope of the Los Rios Historic District – believed to be the longest continually-inhabited residential neighborhood in the state.

In previous commission meetings, city staff said a single vantage point of the dinosaur from Los Rios Street could potentially threaten the district’s standing on the National Register of Historic Places, although the petting zoo itself falls outside the boundaries of the historic designation.

In November, Franks presented the city with revisions to her conditional-use permit to allow for additional structures that could block the view of the dinosaur from Los Rios Street. The proposal received support from the Cultural Heritage Commission but was denied by the Planning Commission on a 2-2 re-vote in March. On Tuesday, the City Council unanimously approved the additional structures – including shade covers, an authentic Acjachemen reed hut and a fossil sandbox and dig area – but could not come to a consensus on the dinosaur.

“It’s a bridge too far. It’s an assault on peoples’ quiet enjoyment of their property,” Councilman Roy Byrnes said. “This is a land-use issue … The projected uses in my mind are inconsistent with the Los Rios Specific Plan.”

Mayor Pro Tem Sam Allevato and Councilman Larry Kramer provided the votes in support of the dinosaur. Mayor John Taylor recused himself from the hearing because of the proximity of his home to Zoomars.

“The general public, when they see historic, they go back to the beginning of time. To me, historic character does conjure up a dinosaur,” Allevato said. “I believe in Father Serra’s motto, ‘Siempre Adelante’ or ‘Always Forward,’ and I think that’s the way we need to look.”

Franks has said the dinosaur has attracted around 10,000 visitors each month to her zoo and surrounding businesses. Councilman Kramer said those numbers could not be ignored and suggested the statue be allowed to stay over the two-year course of the Interstate 5/Ortega Highway interchange project and then be removed.

“I want to keep those people coming in during the interchange project,” Kramer said. “There are very few family-oriented facilities in the area for people to use.”

Mark Bodenhamer, CEO of the Chamber of Commerce, told the council the dinosaur was an opportunity for the city to show its commitment to its local businesses.

“By approving the dinosaur, the city sends the message that it truly supports business,” Bodenhamer said. “The dinosaur has been there for nearly a year, and for me, it still feels like Los Rios.”

The city received nearly 50 letters on the item, the majority written in support of the dinosaur, including ones from State Assemblywoman Diane Harkey and State Senator Mark Wyland.

Before the meeting, Zoomars supporters set up a table in front of City Hall to ask for petition signatures and to offer people stickers, either showing support or opposition to the dinosaur.

San Juan Capistrano resident Wayne Schrimp, a dinosaur supporter, presented the council with more than 500 petition signatures in favor of the dinosaur, around 60 of which were collected prior to the meeting.

The dinosaur also found support from 4-year-old Chase Michael, who was allowed to speak out of turn because it was “past his bed time.”

Speakers on both sides used the city’s motto, “Preserving the past to enhance the future,” to support their arguments.

“The most important historical building of all in our town (the Mission) just got a brand new gatehouse,” resident Erin Kutnick said. “It’s all part of the process. It’s blending the past with our future.”

Jan Siegel, a member of the Cultural Heritage Commission and a volunteer with the Historical Society, spoke against the dinosaur, saying that its presence took away from the historic district’s existing features, including the nearby Rios Adobe.

“These are the elements that are important and they must be preserved,” Siegel said. “There never were dinosaurs in San Juan Capistrano … The dinosaur is not in keeping with the historic district.”

Throughout the 10-month long debate surrounding the dinosaur, Zoomars’ most vocal critic has been Capistrano Historical Alliance President Jerry Nieblas, whose family predates the Mission. After the council’s decision, Nieblas expressed relief that the dinosaur was voted down but said he’d continue to fight Franks’ other proposed additions.

“I think the dinosaur would have been a destructive message to all of Los Rios Street and all of Orange County because our history started here,” Nieblas said. “It’s been a battle. It’s been draining. I hope now it’s over with and the community can start getting back together.”

Just outside the city council chambers, Nieblas and Franks hugged, as supporters and critics trickled their way out of City Hall. Franks said she has been approached by attorneys willing to represent her if she pursues legal action to save the dinosaur. “I don’t know if we’re about that. We have a lot of decisions to make,” Franks said.

As Franks and Nieblas broke their hug to go their separate ways, Franks said, “It was a good fight.”