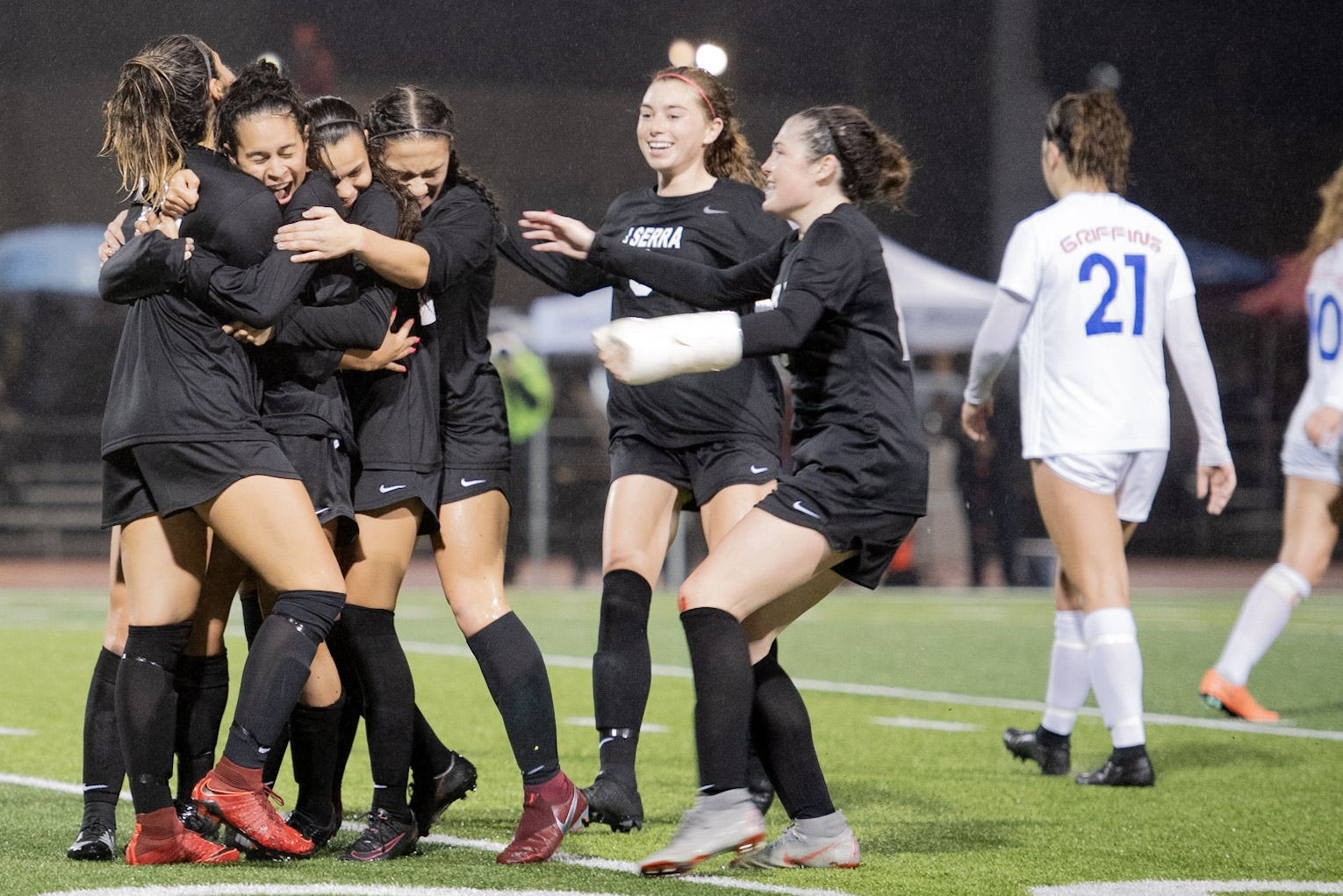 Jserra scores in stoppage!! Sam Williams for her 2nd goal of the night. JSerra 3 – Los Alamitos 1. JSerra is your 2019 CIF Regional Champions!! pic.twitter.com/KolMKyaZV0

The JSerra girls soccer completed its dominant march to the finish line.

On Feb. 23, the Lions won their third straight CIF-SS Division 1 championship with a 3-0 win over Los Alamitos at Warren High School in Downey. JSerra got set-piece goals from Rachel Bastone and Bella Beltran, and Isabella D’Aquila scored her 134th and final goal of her record-breaking JSerra career in the game’s dying seconds.

JSerra, ranked No. 2 nationally, played without D’Aquila in the regionals as D’Aquila joined the United States U20 national team in Spain. However, the Lions didn’t skip a beat with a 3-0 win over San Luis Obispo and a 3-1 win over Our Lady Peace of San Diego. JSerra again met up with Los Alamitos, ranked No. 3 nationally, in the Division I Regional Final.

Congratulations to an extraordinary group of young ladies. pic.twitter.com/aRnoyLBJQ6

St. Margaret’s returned to the scene of the CIF crime and righted a wrong.

On Feb. 23, the Tartans lost in bizarre fashion as a penalty-kick shootout at La Salle High School in Pasadena was prematurely ended by miscount of the shots by the referees. After the trophies and championship T-shirts had already been handed out, the teams returned to the field and La Salle made a final kick to win the CIF-SS Division 4 title, 2-2 (4-2).

St. Margaret’s wanted a rematch and earned it with a 4-0 win over Roosevelt of Los Angeles and a penalty-kick win over Ramona, 0-0 (6-5).

The Tartans returned to La Salle for the Division IV Regional Final and followed a similar script, but St. Margaret’s rewrote the ending.

St. Margaret’s overcame another one-goal deficit and took a one-goal lead with strikes from Charlotte Jones and Juliet Ballard to win its first regional title, 2-1.