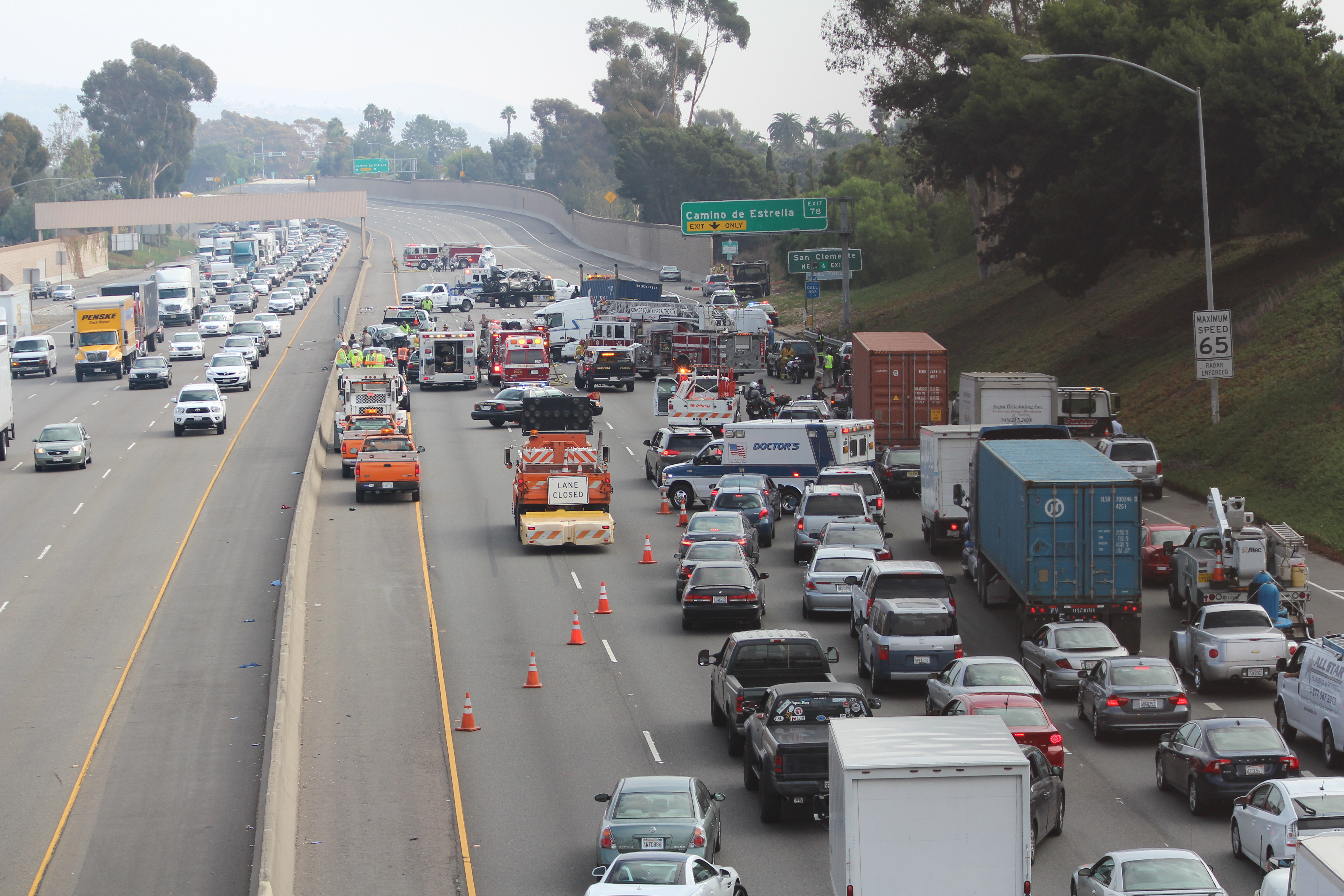 With weekend I-5 traffic in South Orange County becoming a concern, officials with the Transportation Corridor Agencies (TCA) recently took the Picket Fence Media team on a tour of options that will soon be considered as part of the public outreach and engagement process for the South County Traffic Relief Effort (SCTRE.)

Caltrans is the lead agency on the effort to study the SCTRE and TCA is the project sponsor, meaning the TCA is paying for required environmental studies.

One of the stops on the tour was near the Los Patrones Parkway and Cow Camp Road intersection, near where a proposed traffic route called Alternative 22 would start. According to the TCA website, Alternative 22 would extend Los Patrones Parkway in Rancho Mission Viejo southerly from Cow Camp Road through RMV’s future Planning Area 5 and connect with Avenida La Pata at the southerly limits of the Prima Deshecha Landfill.

“At this point in the process, we aren’t sure whether Alternative 22 would be a tolled route or not,” said Valarie McFall, chief environmental planning officer for TCA. “We have to go through the California Environmental Quality Act and National Environmental Policy Act processes, which will take at least the next year, before any preferred routes are identified and to know whether those routes would be tolled or not.”

In a statement, Mike Balsamo, senior vice president/governmental relations for Rancho Mission Viejo, said they will be interested in studying this new alternative once it is formally presented and “at this point, it’s too early in the process to provide comments.”

Other options include Alternative 23, which would add managed lanes in the median of I-5 from Avenida Pico or State Road 73 to Basilone Road, south of the San Diego County line.

“Caltrans has directed us to consider more than a dozen alternatives that might help South County’s persistent traffic challenges,” said McFall.

The I-5 Freeway through San Juan Capistrano, Dana Point and San Clemente bottlenecks at county line “with no significant alternate north-south routes,” said Kit Cole, spokesperson for the TCA.

The I-5 has a higher rate of accidents on the weekends, according to a study report.

Caltrans will hold public meetings in November and December in which the community can give input on the project.