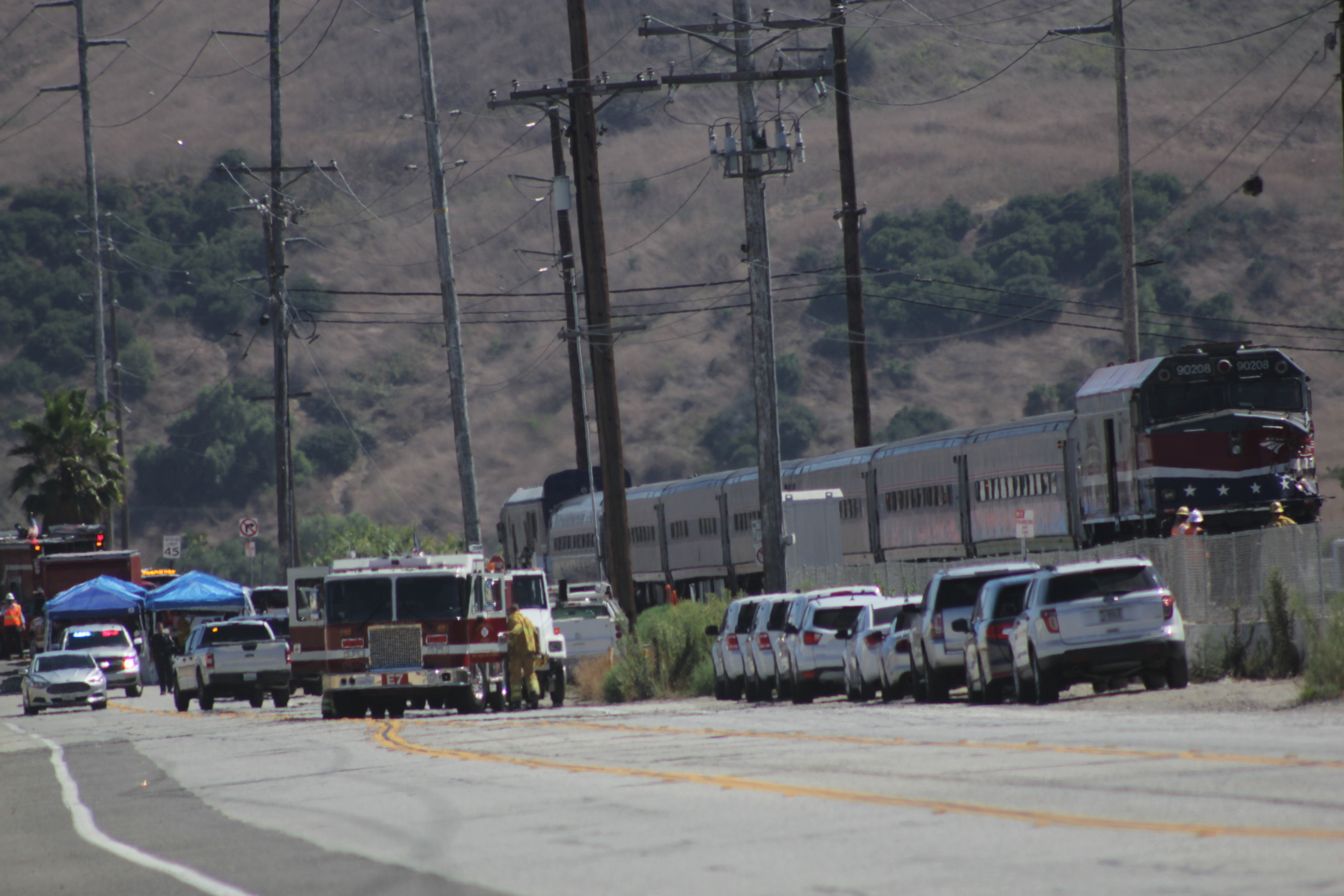 Editor’s Note: This story has been updated to further explain why the man was operating a forklift on the track.

A 50-year-old male construction worker operating a forklift on the railroad track in San Juan Capistrano was hospitalized after being struck by an Amtrak train heading northbound Thursday afternoon.

The train, traveling around 50 mph, was coming through a turn when it hit the forklift, injuring the man who had suffered minor wounds such as bruises and lacerations, according to Jon Muir, spokesperson for the Orange County Fire Authority.

The man was sent to Mission Hospital in Mission Viejo where he was treated as a trauma patient, Muir said.

“He was in stable condition and was walking around until paramedics got there,” Muir said, further explaining that “even though you seem to be fine, we put you through the proper screening. We’re giving him the best care he can possibly get.”

According to Muir, the man was part of a construction company subcontracted to move gravel around the track.

The collision occurred between the 73 Freeway and Hidden Creek Road, shutting down trains in both directions, according to Muir and later confirmed by Amtrak. OCFA received the call to respond to the incident at 1:17 p.m.

Authorities blocked off a portion of Camino Capistrano between Avery Parkway and Junipero Serra Road, while crews responded to the scene.

The collision resulted in a small fuel leak, which firefighters stabilized and stopped quickly, Muir said. The air conditioning unit on the train was also broken, prompting an OCFA support services team to come out and provide cooling measures and hydration to passengers

According to Amtrak, 186 passengers were aboard the Amtrak Pacific Surfliner Train 573. None of the passengers or crew members were injured during the incident. Those passengers have transferred to a connecting bus service.

“Amtrak Pacific Surfliner train 774 and 777 were delayed due to the incident,” the train company said in an official statement. “Amtrak is cooperating with the Orange County Fire Authority to investigate the incident.”