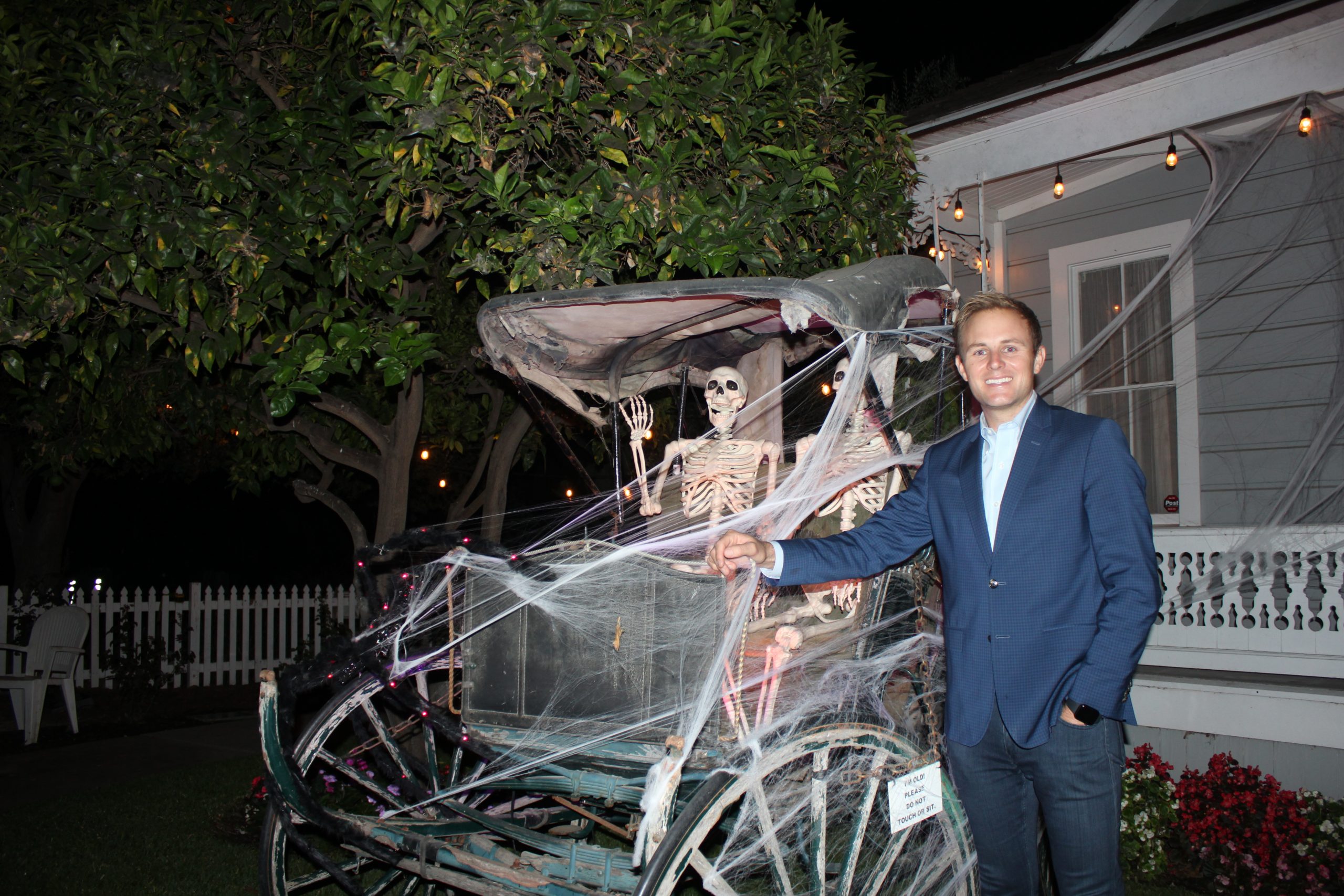 The community is organizing a trick-or-treat event on Halloween from 5:30-7:30 p.m. in the Los Rios and downtown area. Due to the COVID-19 pandemic, social distancing and masks are encouraged—the latter fitting for Halloween.

Los Rios area resident Harrison Taylor said the street hasn’t really come together before to hold a trick-or-treat event. Taylor, who grew up in San Juan, said neighborhood kids would go to other parts of town for Halloween.

“This year, my wife and I were like, what if we tried to get all the neighbors together and rally the troops and have a socially distanced safe Halloween?” Taylor said. “Basically, the concept was, have a folding table out in front of the house or in the driveway—anywhere so people don’t have to come to the front door—and then you would place the candy in small little stacks on the table. The child would come to the table and just grab it. You would stand six feet back.”

Los Rios is an ideal spot for Halloween since the street has a historic and spooky feel, though the trick-or-treat event aims to be family-friendly and not overly scary, Harrison said.

“We’re all uniform in our approach with keeping everybody safe,” Harrison said. “No one’s specifically spearheading or endorsing this—no organization.”

Businesses and organizations are participating. Damian Orozco, owner of The Tea House, said they will have decorations and candy outside of the restaurant until 6:30 p.m.

“We hope it will be a fun, safe and socially distanced time for those attending,” Orozco said. “I’d recommend for those coming, to park at the train depot, as the lighting in our area is rather dark.”

Marianne Taylor, founder of Goin’ Native Therapeutic Gardens and Harrison Taylor’s mother, said they will have a table set up at their office headquarters.

“We’re giving away boxed stickers on the table per child as we keep our distance and say hello to all our friends in the community,” Marianne Taylor said. “It will be a safe and fun outside neighborhood walk.”

Haideh Mehr, manager at Las Catrinas, said they shared information about the event on social media.

“We are taking all precautions to make it safe for the families and the kids, so they can enjoy this Halloween,” Mehr said.

Around the corner, Trevor’s at the Tracks is also participating in the trick-or-treat festivities. Trevor’s will also have live music throughout the day and night, as well as featured drink specials and a costume contest.

Taylor said parents want to be safe and not spread the virus, but at the same time give their kids an experience to remember and get them away from the television and electronic devices.

“We didn’t know of anything that was safe trick-or-treating, and we didn’t feel comfortable going somewhere else, so we were like, what if we just did it here and made it safe?” Harrison Taylor said. “It’s definitely hard to have kids during this time, especially little ones. My son is 4 ½  now, and he’s old enough that you can tell he’s kind of bored. We’re both working from home, so we’re trying to keep the lights on and keep our finances alive during all this, but at the same time, we don’t want our kids to suffer or have lack of experiences.”

A virtual version of the Ghosts & Legends Tour from the San Juan Capistrano Historical Society is also available through Oct. 31. The tour is usually held face-to-face in groups, but the health crisis forced a revision.

This year, people can watch ghost reenactment videos on their phones by scanning QR codes at various stops in the area. Tickets for the virtual tour can be purchased at sjcghosttour.com.

“We took total precautions on COVID,” Harrison, a board member for the Historical Society, said about filming the videos. “We all wore masks. Plus, we only shot one ghost at a time, and we had time slots for each ghost to come down to the district. Everyone was spaced out by, like, 35 to 40 minutes.”

All proceeds will go to the Historical Society, the front lawn of which has been decorated with skeletons and an inflatable pumpkin.

“This year, we don’t know what to expect,” Taylor said. “We’re hoping people will come out, but we just don’t know. The cool thing is, though, this will live on forever, this video.”