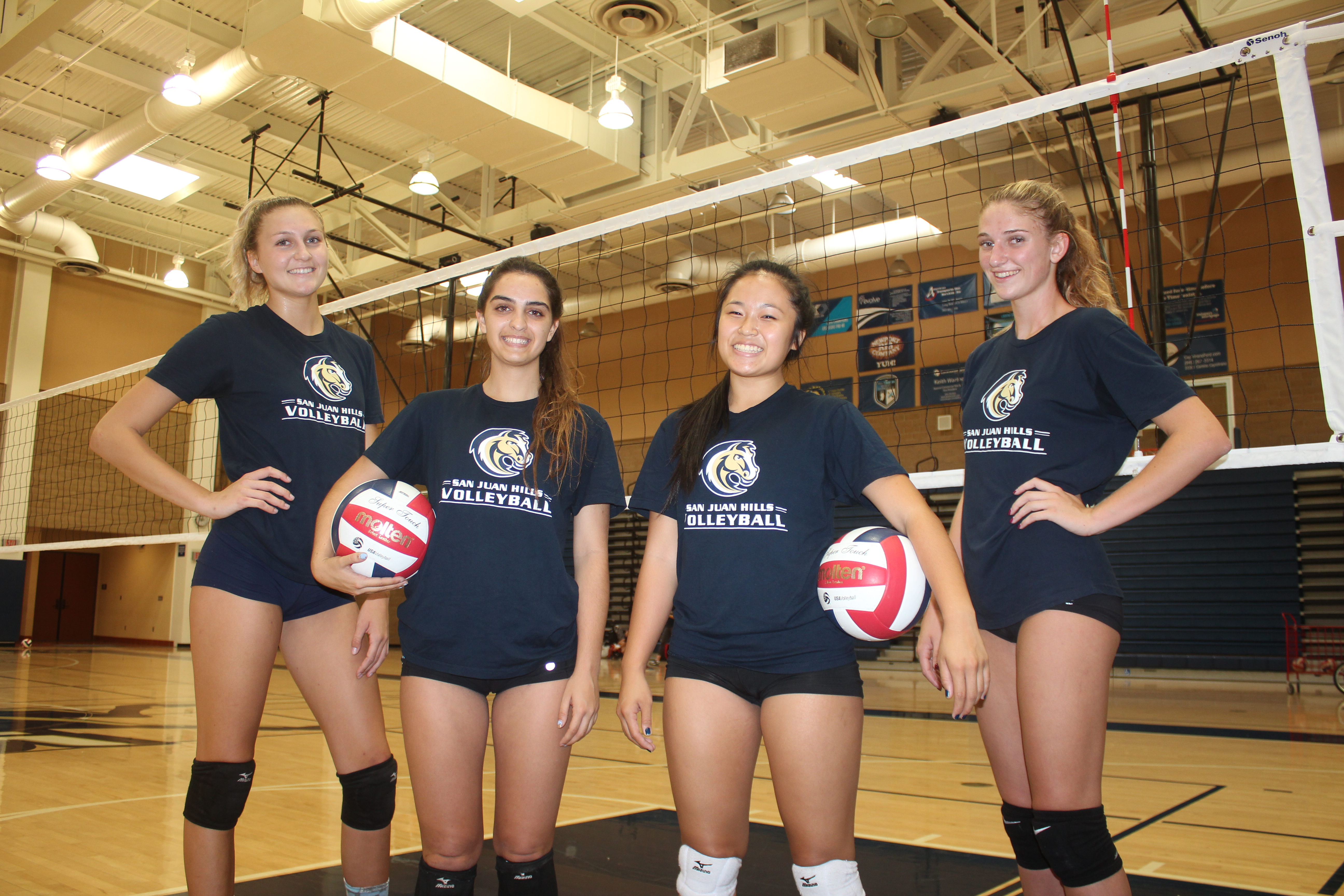 There isn’t a name for it.

But it sure is effective.

The “it” in question is the unconventional rotation being used by the San Juan Hills girls volleyball team this season, which has the Stallions off to their best start in program history.

The Stallions roster is full of athletic and talented players, something first-year head coach Jessica Papell immediately recognized when she took over the program in the offseason. In order to maximize the potential of the Stallions standout players, like outside hitter Katie Lukes and senior middle blocker Madilyn Mercer, and lean on the team’s overall athleticism, Papell decided to think outside of the box. What she came up with is a modified version of a 6-2 rotation, which features two setters.

Rather than have two setters sub in for an opposite player, the Stallions setters sub in for middle blockers, creating what Papell believes is a superior passing combination given the team’s personnel. The rotation also allows San Juan Hills to run their best two hitters on the court across the front of the net for two full rotations, which goes against the grain of some coaching philosophies. Papell said the Stallions are the only team in the area that runs this type of rotation.

“(The rotation) makes it harder to defend against us in those two rotations because they have to figure out who they are going to try and go block out of both of these offensive weapons in the front row at once,” Papell said. “I’ve definitely seen some confused looks on coaches’ faces when they look out and see where our kids are standing. They don’t really understand what we’re doing at first.”

As of Oct. 13, San Juan Hills is 21-2 on the season with a perfect 6-0 record in South Coast League play. They are ranked eighth in both the latest CIF-SS Division 1 coaches poll and the USA Today Super-25 Region 9 rankings, which covers all of California, Arizona, Nevada and Alaska.

The Stallions have had successful seasons in the past, but have seen nothing like this.

“I would have never thought (as a freshman) we’d play Mater Dei (in a tournament final). They were just a big threat to us and now we can play with them and it’s so cool,” Lukes, a three-year varsity player, said.

Another key element to the Stallions’ game plan is their tenacity.

San Juan Hills players can be a blur on the court at times. They pride themselves on their willingness to run after every loose ball, doing everything in their power to keep a rally alive and stay strong on defense. Three Stallion players have recorded over 120 digs this season. Junior Gabby Bellizzi leads the team with 184 digs and senior libero Phia Bellizzi has 167.

By keeping the play alive, the Stallions can fall into system and ignite playmakers like Lukes, who has 292 kills on the season and is hitting at a 47 percent clip. Mercer, the other part of the Stallions’ one-two punch at the front of the net, has 117 kills and a team-best 61 blocks.

Setters Mikayla Arimura and Casi Newman, who are responsible for running the show on offense, are averaging 7.6 and five assists per set, respectively.

Everything has fallen into place for the Stallions during this breakout season. After their first round of league play, they failed to lose a set and are primed to repeat as league champions.

The team advanced to the second round of the CIF-SS Division 1AA Championships last season, but with a new look and plenty of momentum, they are hoping for an even deeper postseason push this time around.

“This is probably one of the best teams ever at San Juan Hills,” Lukes said. “We just train super hard and we know we can go far enough and we believe in it.”