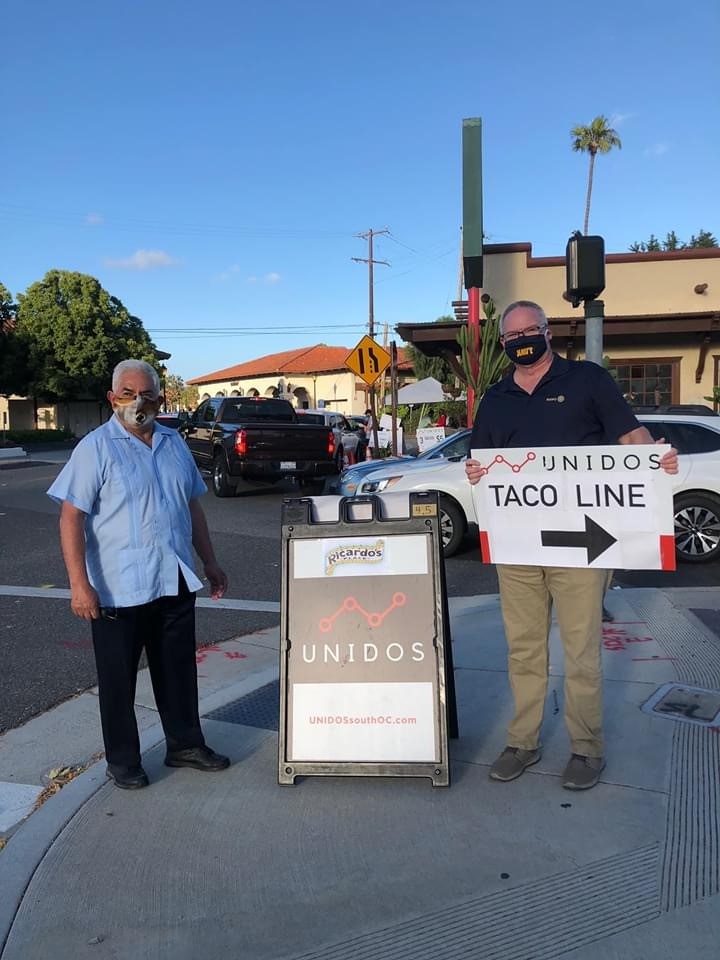 Like many people, UNIDOS South OC found itself in new territory during the COVID-19 outbreak.

The San Juan Capistrano-based nonprofit has been a community-building organization since 2017 that often served as a liaison between different organizations and groups in the area. They held homework clubs for students, as well as encouraging people to gain confidence and become leaders. Their particular focus is the Capistrano Villa neighborhood, a high-density area that married couple Heather and John Chapman, UNIDOS co-executive directors, said is underserved.

“Every week since April 2020, we have supplied a decent box of food to 500-plus families,” John Chapman said.

Some of the people who received food assistance also helped distribute food.

“The amount of leadership and ownership they have is big,” John Chapman said.

UNIDOS is now directing people to nearby food pantries.

The nonprofit also gave more than $80,000 in total to various families for financial assistance and had an educational support program called STS (Safety,  Technology and Supervision) that helped a number of families with giving their kids a place to do their online learning for eight weeks in partnership with HarborPoint Church.

They received an award from the California PBIS Coalition for helping Marco Forster Middle School families with their grant program.

“Our vision and our hope is we’re empowering our neighbors,” John Chapman said.

In place of their usual in-person events, UNIDOS has held car parades for the community, including one around Christmas. John Chapman said if it’s safe to do so, they would like to eventually return to Stonefield Park for their usual big celebration for Día del Niño, a Children’s Day celebration in April.

Prior to the pandemic, UNIDOS offered general enrichment opportunities for kids, including camps in partnership with local churches and beach days. They also had library activities, and worked with the local Boys & Girls Club so kids can develop life skills.

“A lot of our work is connecting them to resources that already exist,” John Chapman said.

On that front, UNIDOS works with the City of San Juan Capistrano, the Capistrano Unified School District, and school principals. They emphasize leadership development in young people.

“We’re really gearing back up with our educational efforts,” Heather Chapman said.

UNIDOS is looking to build bridges, particularly since the Hispanic community in the Capistrano Villa neighborhood can become socially isolated due to discrimination, Heather Chapman said.