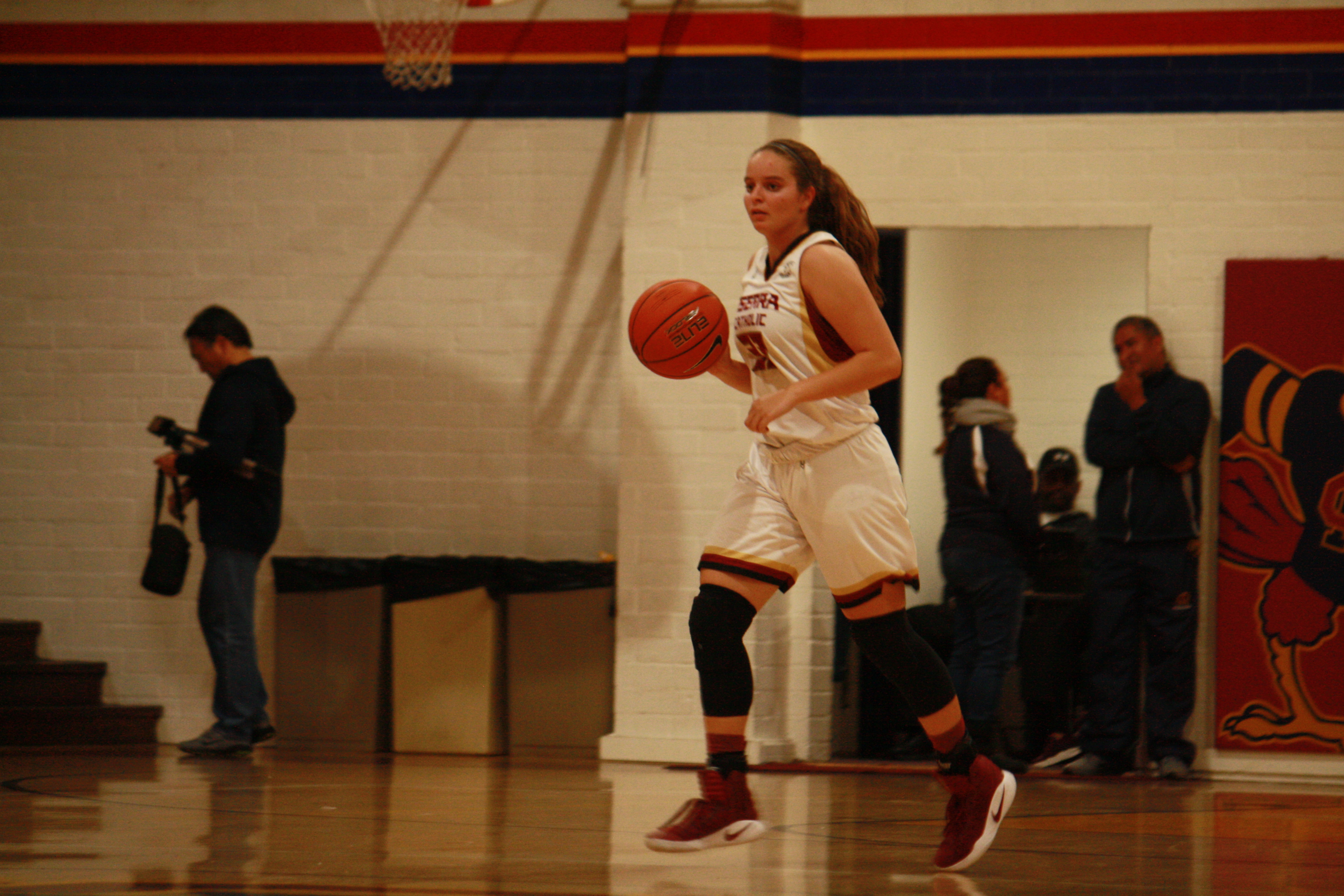 With just one second remaining on the clock, JSerra point guard Lexi Vail made a dramatic layup to seal a 49-47 come-from-behind victory over Los Altos in the CIF-SS Division 2AA girls basketball quarterfinals on Feb. 22.

In the fourth quarter, JSerra was able to finally make a move after trailing Los Altos for most of the night.

JSerra senior Julia Ackerman hit back-to-back 3-pointers late in the fourth quarter that helped spark the Lions’ comeback. Ackerman’s first bucket from beyond the arc brought JSerra within one point of the Conquerors. Her second consecutive 3-pointer tied the game up at 47-47. The JSerra defense forced a turnover on the next Los Altos possession with 22 seconds left, setting the stage for Vail’s late-game heroics.

JSerra will host Rosary Academy, a Trinity League rival, in the semifinals on Feb. 25.

The Lions had to make multiple comebacks during the game and trailed 17-4 after the first quarter. JSerra went on a 13-0 run to tie the game at 17-17, but Los Altos took the lead again and went into halftime up 28-19.

“We had to take a couple deep breaths and calm down,” JSerra coach Mary Rossignol said. “They’re just a really resilient group, and I knew it was a matter of time before they would figure out how to close the game.”

-In a shocking upset, the top-seeded Saddleback Valley Christian boys basketball team was defeated by North of Torrance 56-51 in the first round of the CIF-SS Division 3AA playoffs on Feb. 17.

The Warriors (24-4) played without star guard Trey Smith, the Orange County scoring leader, who has been dealing with knee issues throughout the season.

-The JSerra boys basketball squad drew the unfortunate task of having to play Chino Hills, the No. 1 team in the nation, in the first round of the CIF-SS Open Division Championships on Feb. 17.

The Lions hung with the Huskies in the first quarter but Chino Hills, led by standouts LiAngelo and LaMelo Ball, went on a second quarter run that helped their team to a 105-74 victory. The Ball brothers combined to score 58 points.

JSerra’s season, however, is not over. Following the loss, the Lions headed to the Open Division’s consolation bracket and defeated Alemany 61-59 on Feb. 21. JSerra will travel to play Damien on Feb. 24.