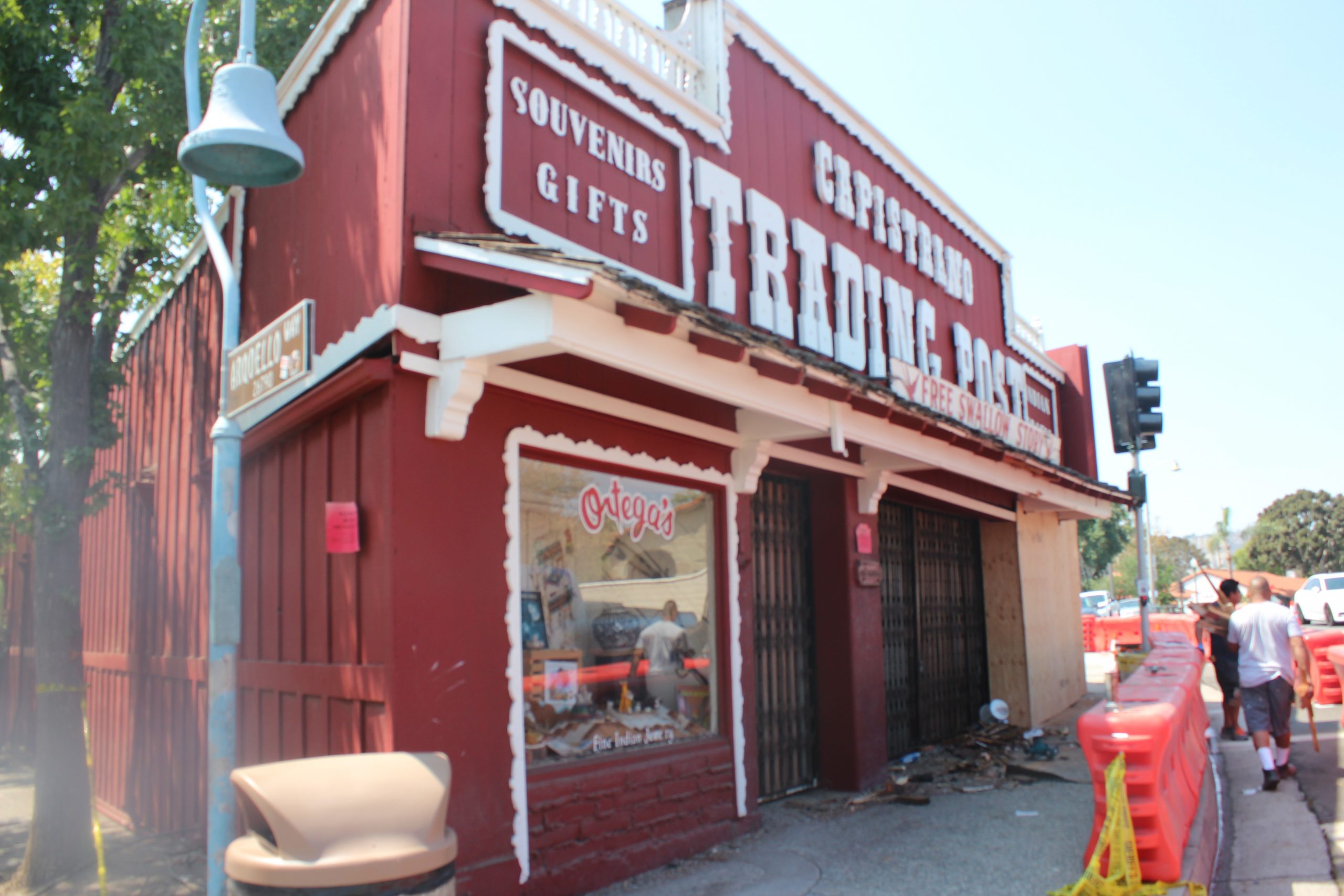 A driver was arrested on suspicion of drunk diving after ramming into Ortega’s Capistrano Trading Post in San Juan Capistrano on early Tuesday morning, according to the Orange County Sheriff’s Department.

Deputies responded at approximately 2:50 a.m. on Aug. 24 to assist the Orange County Fire Authority in the incident. The vehicle was reportedly on fire.

Nearby lanes on Camino Capistrano were temporarily blocked off and telephone poles were down following the crash.

Store owner Bill Ortega was in New Mexico at the time of the incident and heard about it from employees. During a phone interview on Tuesday afternoon, he said he was waiting on a damage assessment from a structural engineer.

Ortega said there have been other vehicle crashes near the intersection over the years.

“This happens every so often,” he said.

The store was closed following the crash, and protective blocks were up at the entrance as of Tuesday.

“Hopefully, we’ll be open by the weekend,” Ortega said.