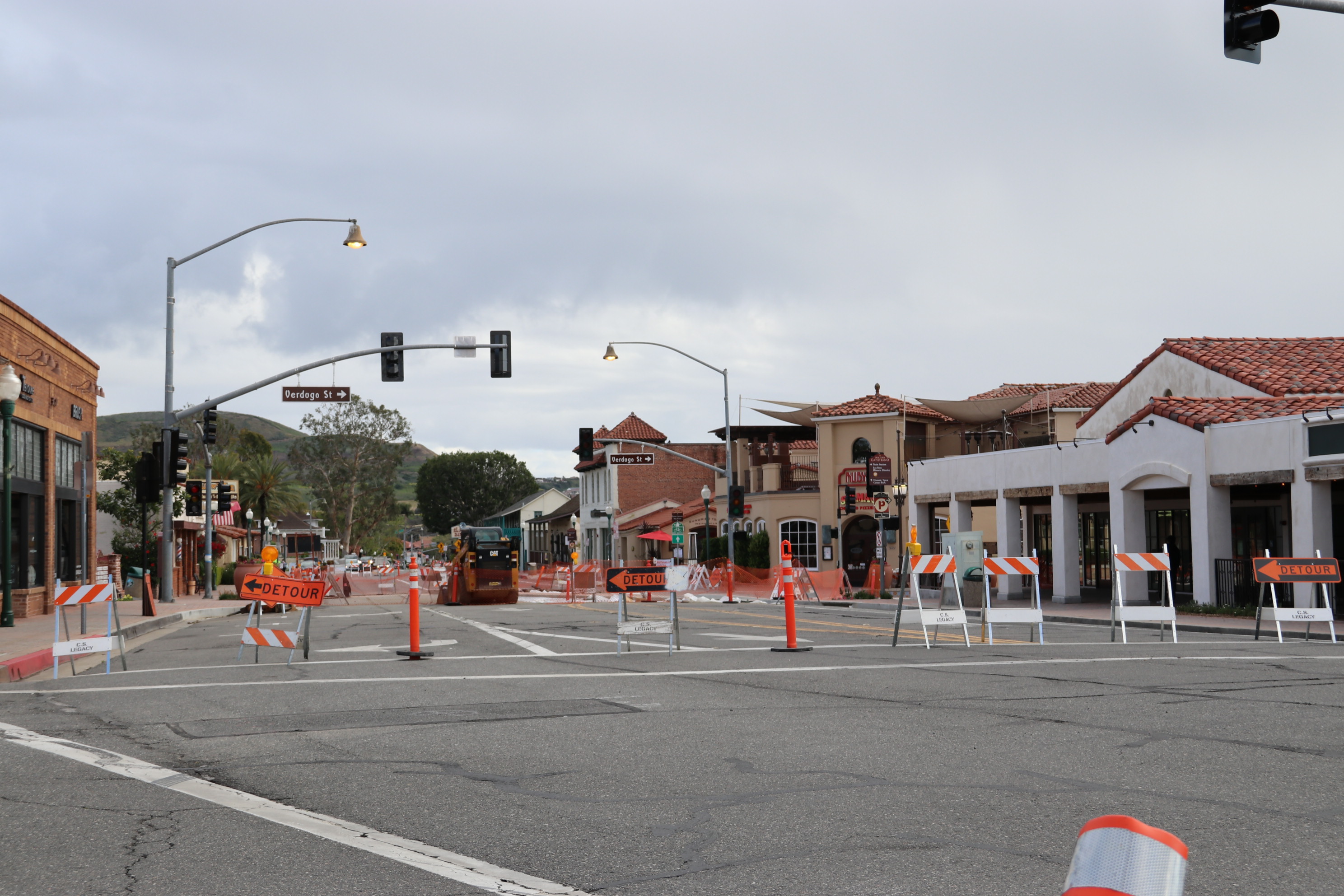 Work on the Verdugo Street Beatification Project is nearly done.

Portions of downtown San Juan Capistrano have been blocked off for resurfacing as part of the project.

Paving of the Verdugo Street/Camino Capistrano intersection is scheduled through Wednesday afternoon.  The work will include the installation of traffic loops, which detect waiting vehicles and transmit the information to the traffic signal, and striping on Camino Capistrano, City Manager Ben Siegel said.

“The contractor is also beginning to install benches within the Verdugo Street sidewalks and train plaza area.  The installation of the overhead string lights is also scheduled to begin on Wednesday,” Siegel said.  “We anticipate being able to open Camino Capistrano by the end of the week, then open Verdugo Street sometime next week once our final ‘punch list’ items are addressed by the contractor.”

Planting pots, landscaping and utility improvements have been some of the previous improvements.

“Construction of the Verdugo Street Beautification Project continued this week with the installation of pavers, concrete pedestals for the new planting pots and new streetlights,” a Feb. 27 update from the city manager said. “The City’s contractor installed new curb and gutter along the east side of Camino Capistrano in preparation for additional sidewalk work scheduled to take place next week.”

Portions of Verdugo Street near the downtown movie theater have already been paved. Total costs for the Verdugo Street work are $1.9 million. Downtown has practically been a ghost town with few pedestrians and businesses open due to the COVID-19 pandemic, though some restaurants are remaining open for takeout and delivery orders.