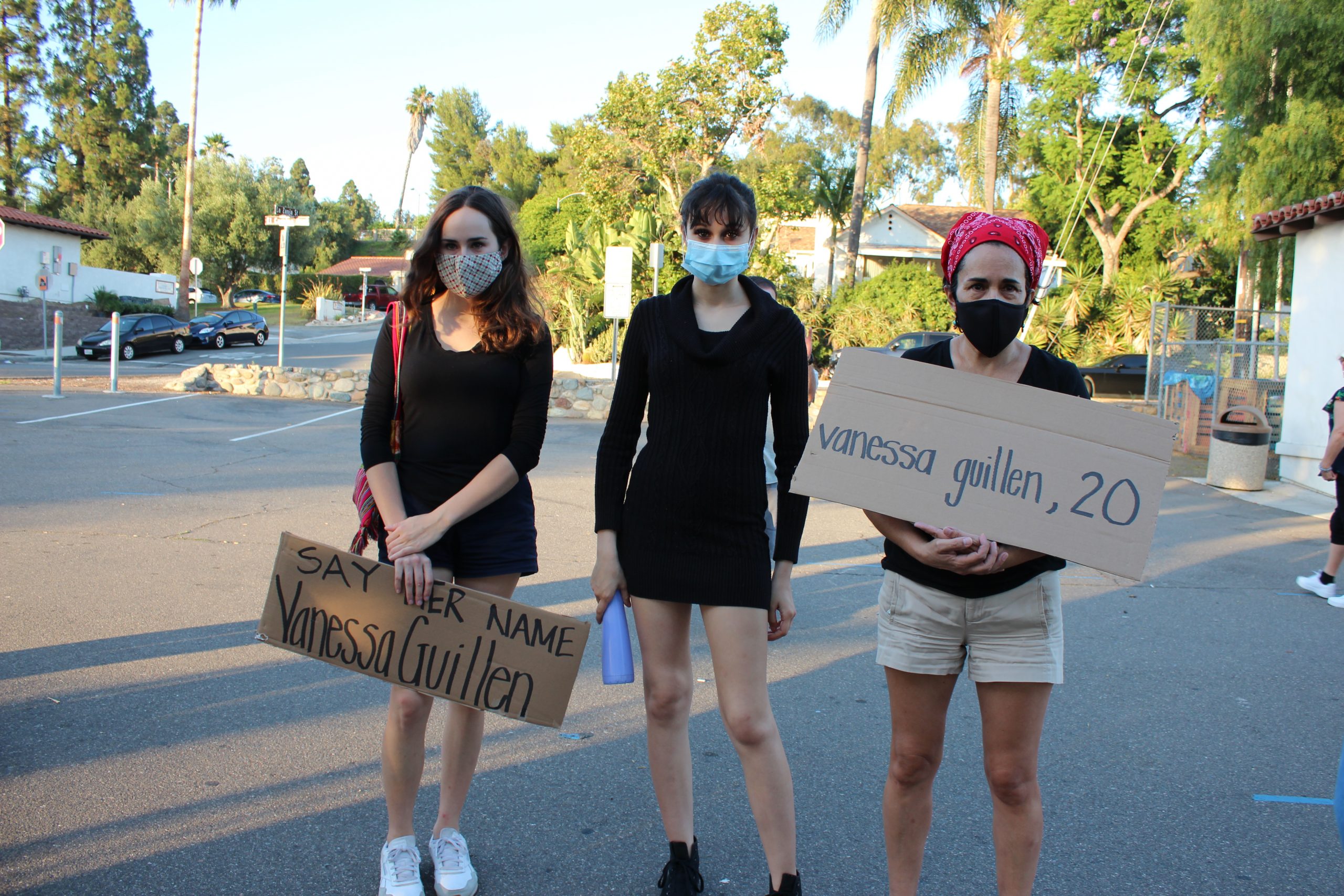 Guillén was an Army soldier who went missing from Fort Hood in Texas in April. Her remains were found in June.

National news outlets have reported investigators believed she was killed, and she reportedly told family members that she was being harassed before her death. Aaron Robinson, a soldier who was a suspect in her death, shot himself in July. Guillén’s death has led to a national discussion against sexual harassment, including as it pertains to the military.

Participants at the San Juan vigil spoke against sexual harassment and misconduct, mistreatment of service members, and general negative behavior. They also tied balloons on the park fence with messages of support and remembrance, lit sparklers in Guillén’s honor and displayed a photo of her.

Kelly Loya, who lives in Mission Viejo and grew up in South Orange County, said they wanted to come together as a Brown community and in solidarity with Guillén’s family.

“Enough is enough,” Loya said. “There’s all these stories popping up. We’ve known that this has existed, but now there’s proof. As a nation, we’ve felt empowered. You see everybody fighting for justice, and we can’t just stand back and not honor her life and what she fought for.”

Loya said harassment has happened for a long time and said people are finally waking up to it.

Cynthia Delamare, who lives in San Juan, said she was speaking up as a mom.

“What gives me hope is all you young people showing up and educating yourself,” Delamare said. “Keep your voice up and educate yourself. Keep fighting.”