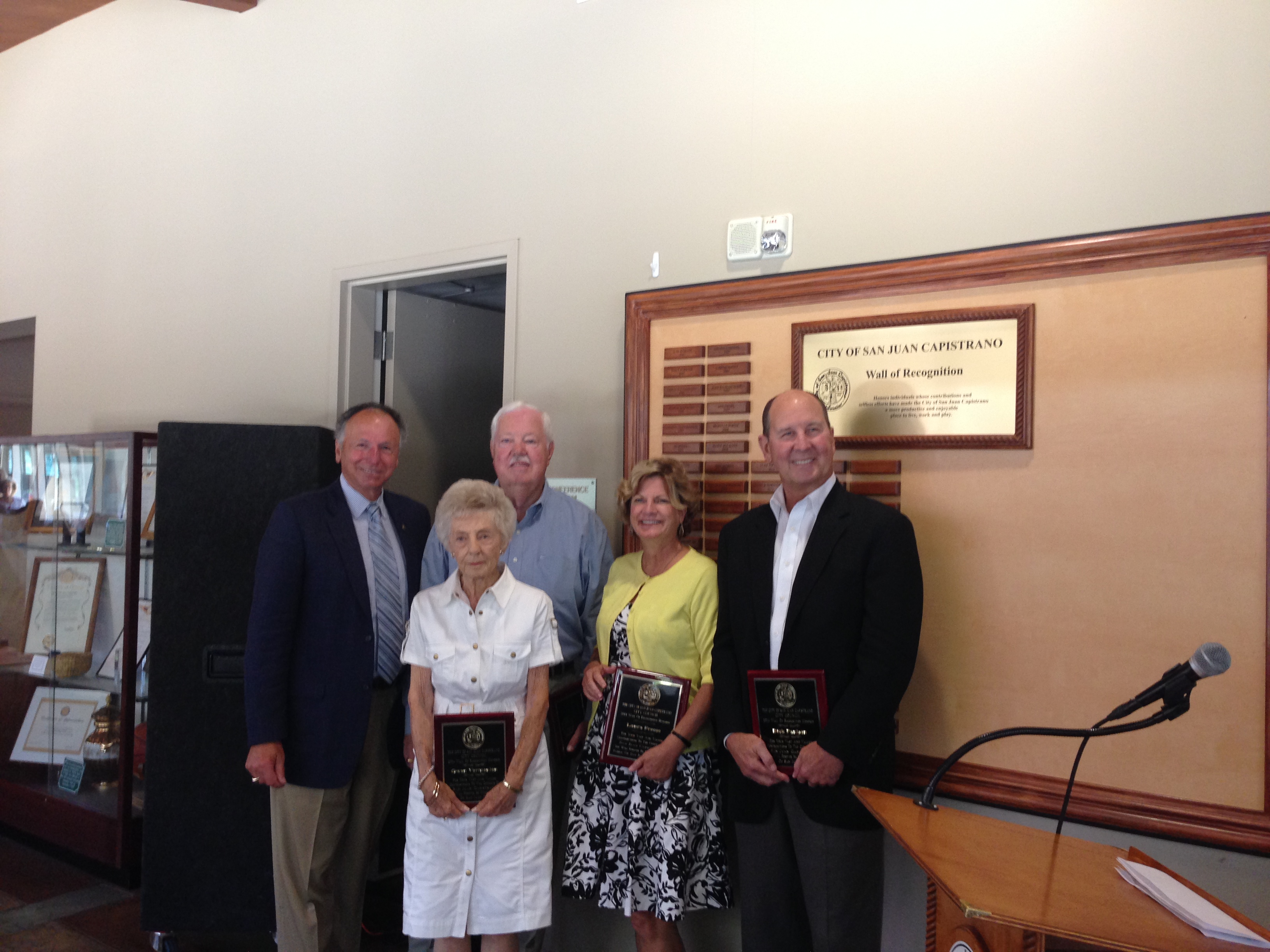 For their commitment and volunteer work to make San Juan Capistrano a better place a live and work, five residents had their names officially added to the city’s Wall of Recognition.

Freese is a former San Juan Capistrano city councilwoman who has remained a vocal advocate for businesses, especially with the ongoing construction of the Interstate 5/Ortega Highway interchange project.

Shirley Howard is a member of the Mission’s Woman’s Guild, the Woman’s Club of San Juan Capistrano and the Historical Society. Wayne Howard, a U.S. Navy veteran, is a member of the American Legion Post 721, the Historical Society and has served with the Associated Senior Action Program, a group of senior volunteers who support the city’s Police Services. The Howards are active members of the San Juan Senior Club and have helped feed the city’s seniors.

Paulsen is vice president of the Open Space Foundation, which has built and funded several of the city’s newest parks, including the Dr. Joe Cortese Dog Park and the Reata Park and Event Center.

Vermeulen has been the secretary for the Historical Society for nearly 40 years and volunteers at Mission Basilica Church every Monday to count collected donations from Sunday Mass.

Both Paulsen and Vermeulen were also named Man and Woman of the Year during the Chamber of Commerce’s installation dinner and awards banquet on Thursday, July 10.