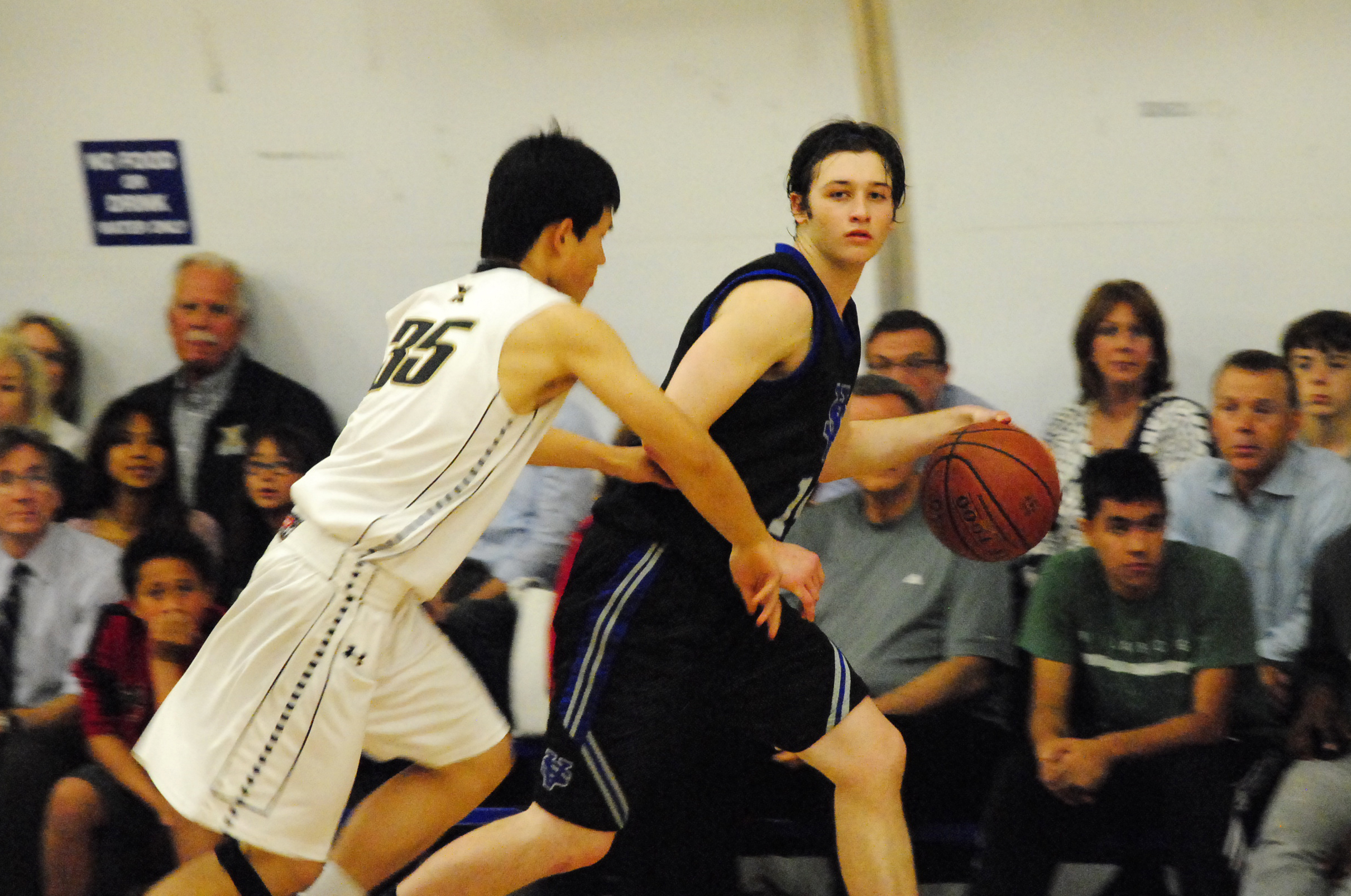 The Saddleback Valley Christian boys basketball team squared off against visiting Xavier Prep in the quarterfinals of the CIF-SS Division 5AA Championships on Feb. 25. The Warriors were on a 14-game winning streak headed into the matchup  and by the end of the night, by way of a 77-53 victory, the streak remained intact.

Xavier Prep (14-13) scored the game’s opening points on a layup by Matt Stearns, but that was the only lead that they would have in the contest.

In the opening minutes, the Warriors (24-5) forced four turnovers in a row and jumped out to a 14-3 lead, and a major momentum swing. The Saints weren’t done yet, fighting back to get within striking distance, trailing 33-25 at the half.

The second half was a different story.

Late in the third quarter, Xavier Prep pushed to within three points of Saddleback Valley Christian. Right when the game seemed to be up for grabs, the Warriors scored nine unanswered points on three consecutive 3-pointers. The scoring spree from behind the arc gave the Warriors a 57-45 lead heading into the fourth.

Saddleback Valley Christian outscored Xavier Prep 20-8 in the fourth quarter, highlighted by a breakaway dunk by Irshad Hunte that put the game out of the Saints’ reach.

The Warriors (25-5) were led by Eric Rwahire’s 17 points. Hunte and Miles Seward both scored 16 points.

The Warriors have  outscored their two playoff opponents by a combined score of 167-96. They defeated Albert Einstein Academy 90-43 in the opening round on Feb. 21.

“It’s all about our defense. If we play solid defense, we will be fine.” Saddleback Valley Christian head coach Tom Lewis said.

The Warriors will now play Bishop Diego in the Division 5AA semifinals on Feb. 28.