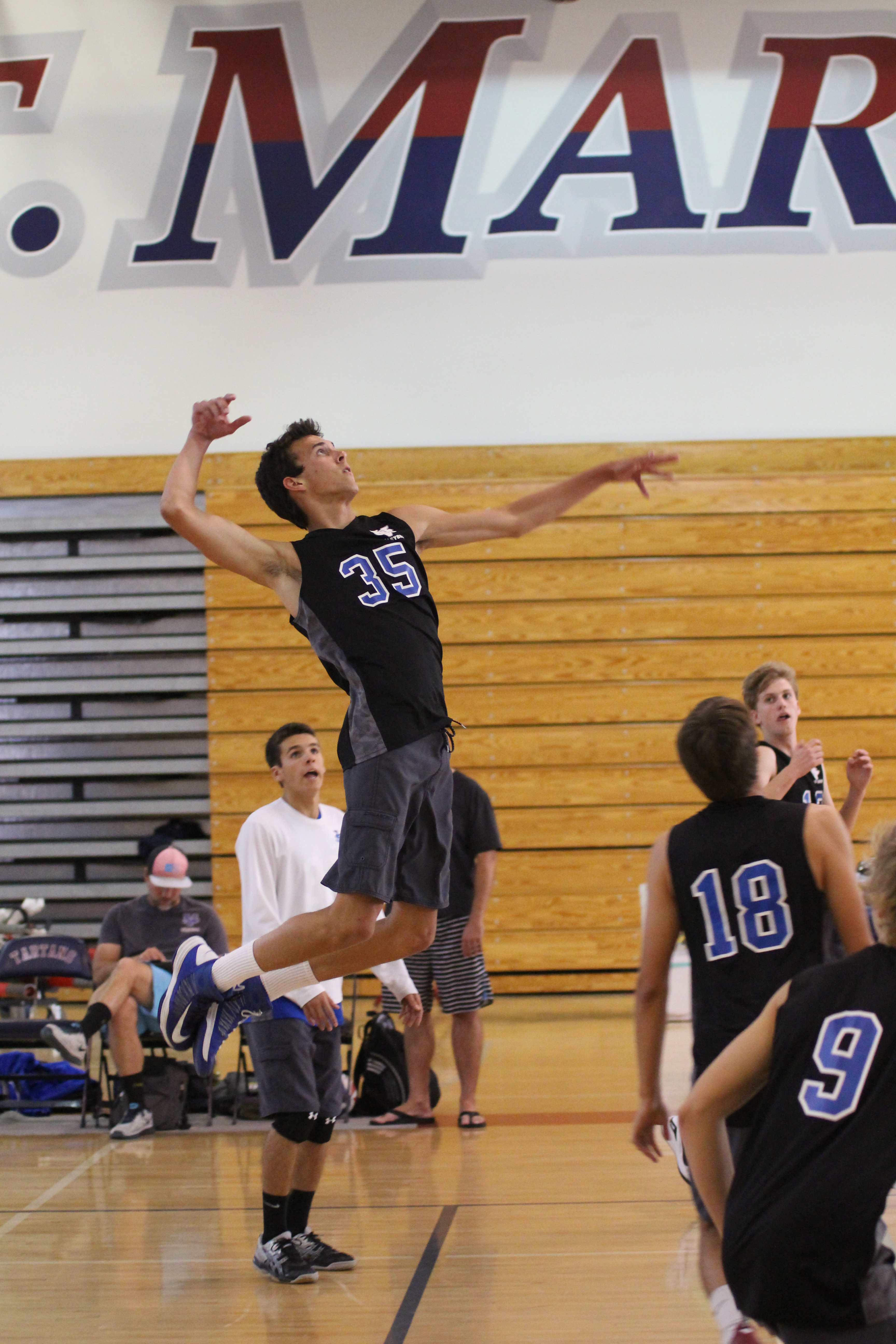 The Saddleback Valley Christian boys volleyball team has spent much of the year playing against upper-division opponents. The Warriors moved from Division 5 up to Division 4 this season, but still played a difficult schedule full of Division 1 and Division 2 competition.

So when the top-seeded Warriors entered the CIF-SS Division 4 playoffs earlier this month, head coach Ryan Van Rensselaer implored his young team to treat each game like it was against a top-tier opponent, no matter who lined up on the other side of the net.

In the postseason’s semifinal match against Santa Ynez the Warriors turned in a very convincing performance, sweeping the visitors from the Santa Barbara area in three sets 25-11, 25-15, 25-15.

Saddleback Valley Christian will face St. Margaret’s in the Division 4 championship game on May 23 at Cerritos College at 11:30 a.m.

The Warriors have swept every opponent they’ve faced in the playoffs, thanks in part to a mindset they have adopted over the course of a tough season-long schedule.

“We’ve been really trying to tighten it up. It’s like ‘You got your briefcase? You’re going to work today. Let’s get the job done’,” Saddleback Valley Christian head coach Ryan Van Rensselaer said. “We’re always saying we’ve been here before, let’s just go to work and have fun.”

Dyer had a game-high 17 kills and Minsberg tallied five with one block. Minsberg continuously set Dyer on the night and fueled a 6-0 run in the third set that put the Warriors up 21-15 and the match out of reach.

Santa Ynez led 8-5 in the second set, their first and largest lead of the game, but the Warriors won the next three points and eventually went on a 10-0 run to take a 19-10 lead. During the 10-0 run, Dyer had two blocks and three kills.

St. Margaret’s has been just as efficient as the Warriors in the playoffs and have yet to drop a set. Saddleback Valley Christian swept St. Margaret’s in three sets during a nonleague match on April 29.