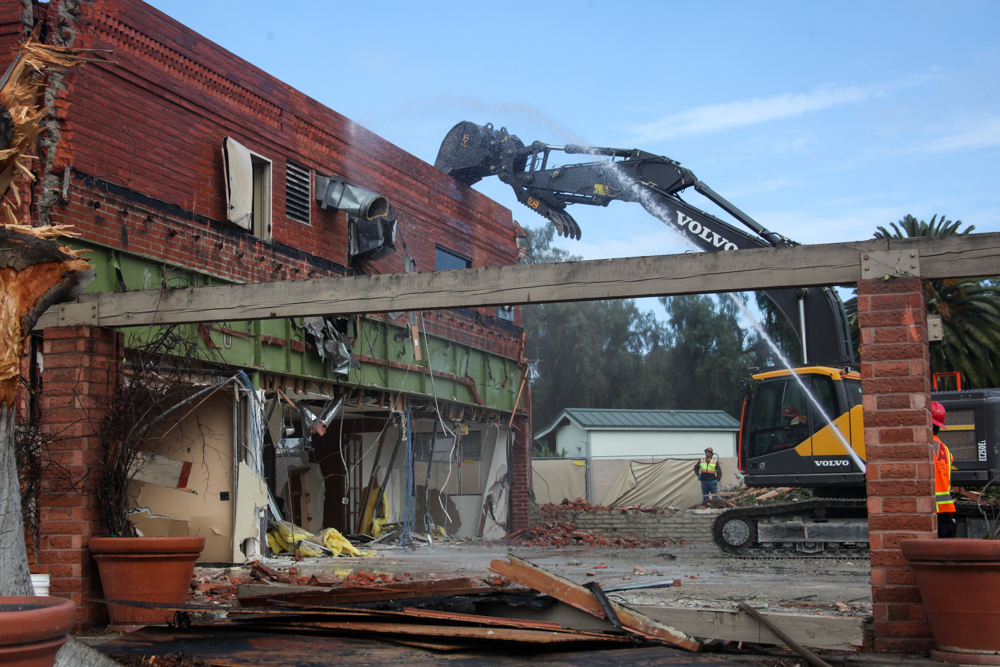 WATCH: Demolition of the Birtcher-Pacific Building

Demolition began on Feb. 11 at the Hotel Capistrano by Kimpton site along Camino Capistrano. Once demolition and grading are completed, construction of the new 102-room 4-star boutique hotel can begin. Hotel developers announced in January that they anticipate opening in summer 2018.

The video below shows part of the Birtcher-Pacific Building—which sat vacant at the site—being demolished on Feb. 14. The building was originally constructed in 1966.