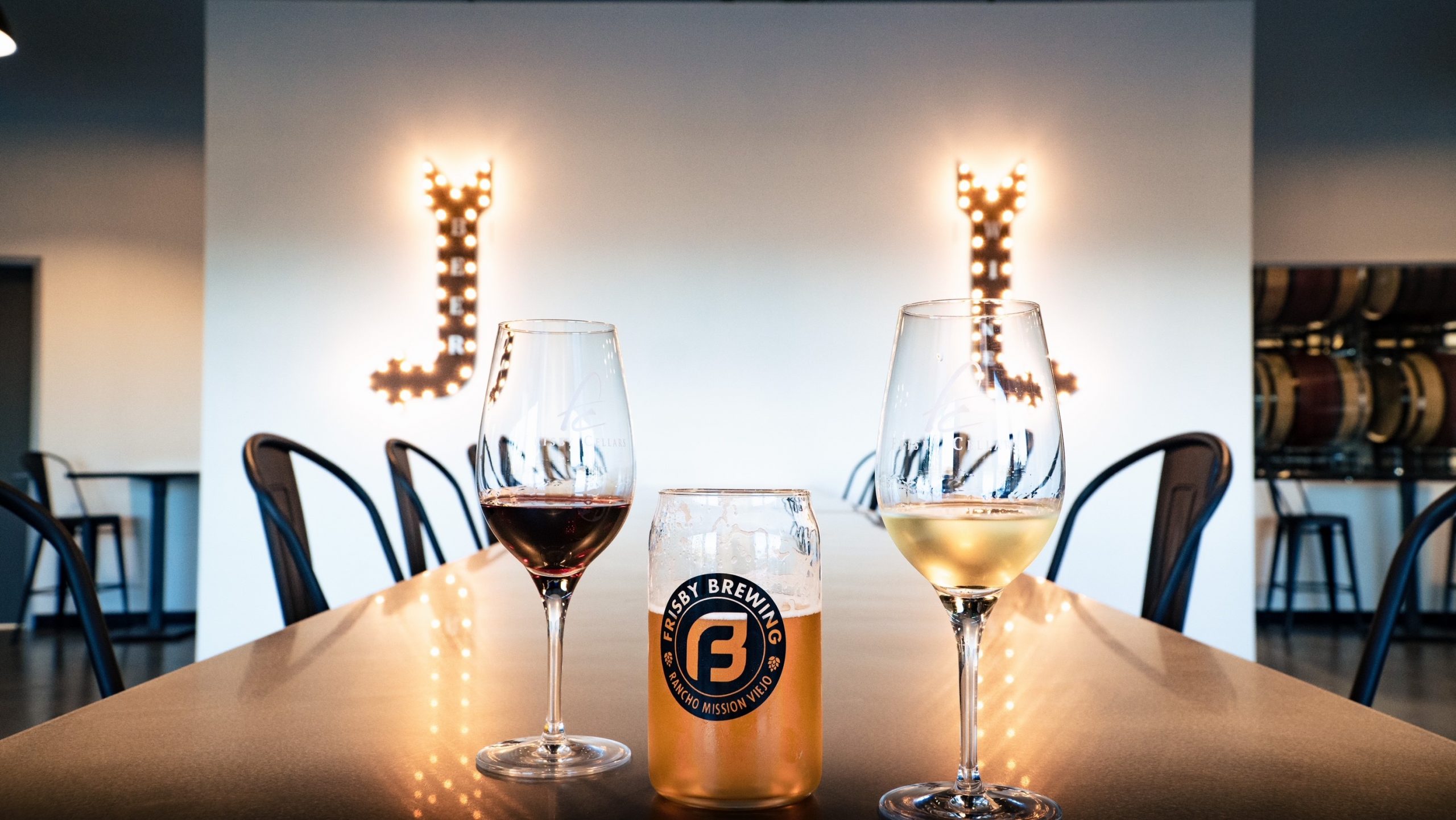 After having served as a firefighter in Rancho Mission Viejo for several years, Josh Frisby figured the area’s hills would make a good backdrop for wine tastings and craft beer events. So when he noticed a location open for lease in the community’s new industrial business center, Frisby got to work opening his third branded wine and beer location there.

Frisby Winery & Brewing officially opened in Los Patrones Summit during the last weekend of June. The winery is one of several new businesses gradually opening in the business center, which RMV officials hope will become an economic and social destination for residents of the master-planned community.

“I was one of the first tenants to lease in there,” Frisby said. “I’m very excited to be part of the early phases of what’s going to be a 10- to 15-year buildout.”

Frisby’s other wine locations through Frisby Cellar are in Dana Point Harbor and Lake Forest. He has been involved in winemaking for more than a decade, and he has had his Dana Point location for approximately three years.

He was eyeing the RMV location prior to the COVID-19 pandemic, saying there was a lot of anticipation with the Los Patrones Summit spot from community members and existing customers. Frisby Winery & Brewing also offers flatbreads and other food that pair well with wine and craft beer.

“It’s been fantastic,” Frisby said of how business in RMV has gone since opening. “It’s beyond what I expected. I knew the location was primed for it.”

Frisby has tracked the gradual development of Los Patrones Summit as plans for it moved forward, and he said the ideal zoning for his business was one factor in choosing the location. The proximity to a major road was another selling point that sealed the deal for him.

As for what he feels appeals to customers about Frisby Winery & Brewing, Frisby said people can hear personal stories about how the wine has been transported to Orange County. As noted on the business website, the wines are produced in Paso Robles before coming to Orange County.

The RMV location also marks their foray into beer production.

“Customers really get to come in and have an experience,” Frisby said.