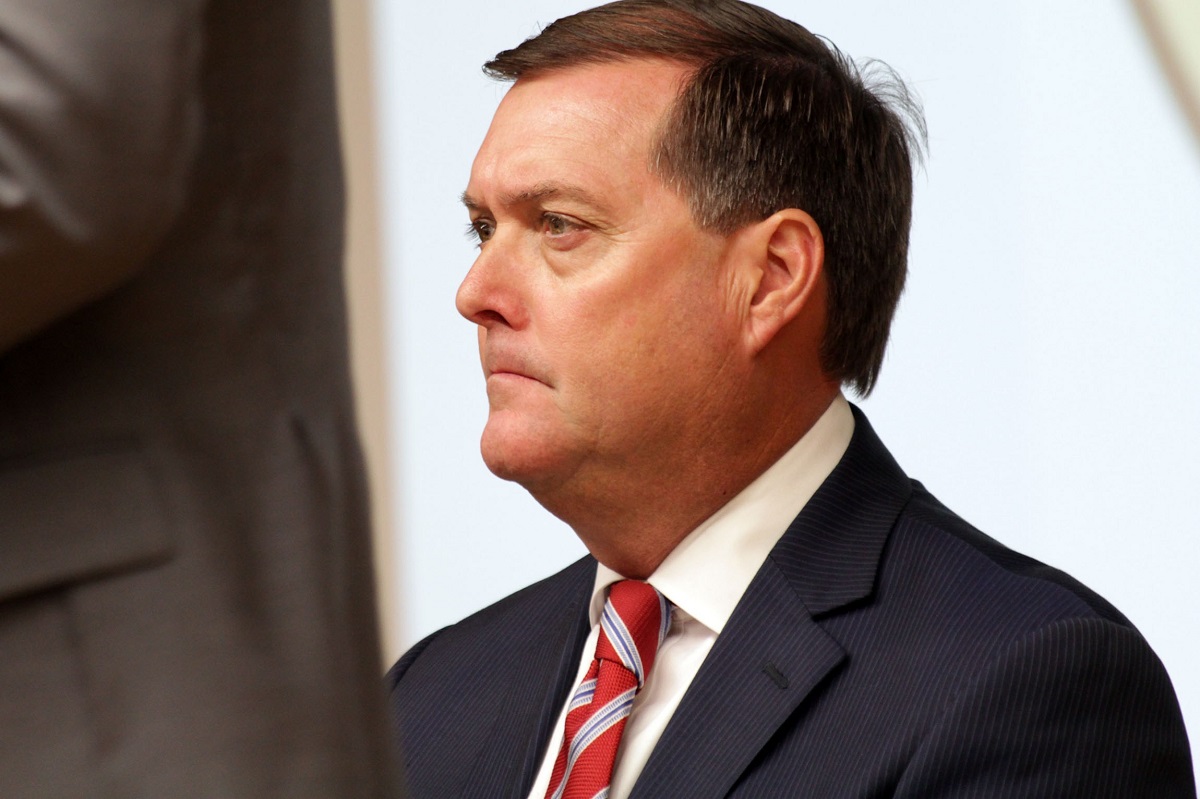 Outgoing Assemblymember Bill Brough, who formerly served on the Dana Point City Council, now faces an accusation of rape as he concludes his third term in the State Legislature.

Patricia Todd, who previously worked as a legislative aide for Sen. John Moorlach (R-Costa Mesa), has recently filed a criminal complaint against Brough for allegedly raping her after a 2015 dinner in Sacramento.

In May of this year, Brough was removed from his positions on California Assembly committees after an investigation was conducted by the state Legislature’s Workplace Conduct Unit, concluding that Brough would provide “political help” in exchange for sexual favors.

According to documents released by Assembly Speaker Anthony Rendon’s office, the unit found that Brough had insinuated he would provide political help if an accuser went back to his apartment with him. In a separate complaint, the unit found that Brough had placed his hand on the small of an accuser’s back and told the accuser he did not live far away from the bar they were in.

“Come on, you know you need to party,” Brough is alleged to have said.

The conclusion of the investigation came after Brough previously had faced multiple allegations of sexual misconduct and misuse of campaign finances. Brough has since expressed his disagreement with how the investigation was conducted and told San Clemente Times that he was considering legal action.

In June of 2019, Orange County Supervisor Lisa Bartlett, also a former Dana Point Councilmember, came forward to the Republican Party of Orange County regarding an incident in 2011 in which Brough allegedly forcibly grabbed her.

Brough asserts that Bartlett’s claims, as well as others’ allegations of sexual misconduct, are political retaliation for his proposed Assembly Bill 1273, which would have vastly restricted the TCA’s authority.

“At the time (March 21, 2011 incident), I felt the action was retaliation for several council votes, and I feel the political timing now is retaliation for my questioning of the TCA,” Brough previously said. “I have been on the end of many political attacks, but I will not stand for personal attacks on me and my family. I have done nothing wrong.”

Brough has not returned requests for comment regarding Todd’s rape allegation.

Todd is at least the sixth woman to accuse Brough of sexual assault or harassment in the past decade, and she is the first to publicly accuse him of rape. Todd is the first known alleged victim to report an attack to both the Legislature’s Workplace Conduct Unit and to law enforcement in Sacramento.

Todd told The Capistrano Dispatch that she did not know about the other allegations until this year.

“Reading about the other detailed allegations against (Brough) and speaking with my priest helped me to come forward. I did not know about any of the other events until this summer,” Todd said. “I knew then I was not the only one that it was important to now, because it is the right thing to do. I have lived with the shame and pain for over five years. I do not want anyone else to have to endure the same torture I have.”

Todd said she hopes Brough, who lost his bid for reelection in March, will serve prison time for the incident that left her contemplating suicide.

“I wish I could forgive you how you robbed me from a piece of my soul,” Todd said in remarks aimed at Brough. “The most I give is to pity you and your family.”

In the criminal complaint, Todd said she was at the State Capitol on July 7, 2015 when she encountered Brough. He allegedly asked her to dinner to discuss a job opportunity of working for the California Irish Legislative Caucus.

Over dinner, Todd alleged in the complaint that Brough offered “perks” to go along with the job description. When she questioned that comment, Todd said Brough winked and said, “You know.” Todd said she told Brough that wouldn’t happen, reminding him they were both married.

When Todd drove Brough home, he allegedly asked her to pull over. Todd told the Orange County Register that Brough had had a lot to drink and she wasn’t sure what was wrong. After pulling into a parking lot, she said Brough attacked her and pinned her down on the center console of her car and raped her repeatedly.

“I could not move, and at one point I could not breathe,” she wrote in the complaint. “I was hoarse from screaming.”

She said Brough asked her to drop him off at another bar afterward. Todd developed bruises following the incident, which she photographed, and sought medical attention for the bleeding and injuries.

“Until it happens to you, no one can understand how this trauma impacts you day in and day out or how you feel,” Todd said. “The secrets of living in the shadows one lives with can have the duality of being terrifying and depressing. There is no rape ribbon to wear. Those who have been affected by rape really would not want to be identified by having that ribbon on our lapel.  We would rather forget what happened to us, but we cannot. It is a burden that is always carried with us.”

Todd filed the criminal complaint on Nov. 30, and she has reportedly provided law enforcement with photos of injuries at the time of the rape, dated medical records and pertinent, dated text-message conversations.

Michael Schroeder, the former chairman for the California Republican Party, is legally representing Todd through the criminal complaint process.

“I only met Trish about a month ago. Once I became convinced that this happened, it felt like somebody needed to do something,” Schroeder said. “I think there’s a culture of silencing victims in Sacramento that Brough has been able to take advantage of for years.”

Sacramento law enforcement will conduct an investigation before determining whether to turn the case over to the Sacramento County District Attorney’s Office. The DA will then determine whether or not to pursue charges.

While Todd and Schroeder await developments in the complaint, Todd says she hopes her story will encourage other survivors to come forward to a trusted person about their experiences.