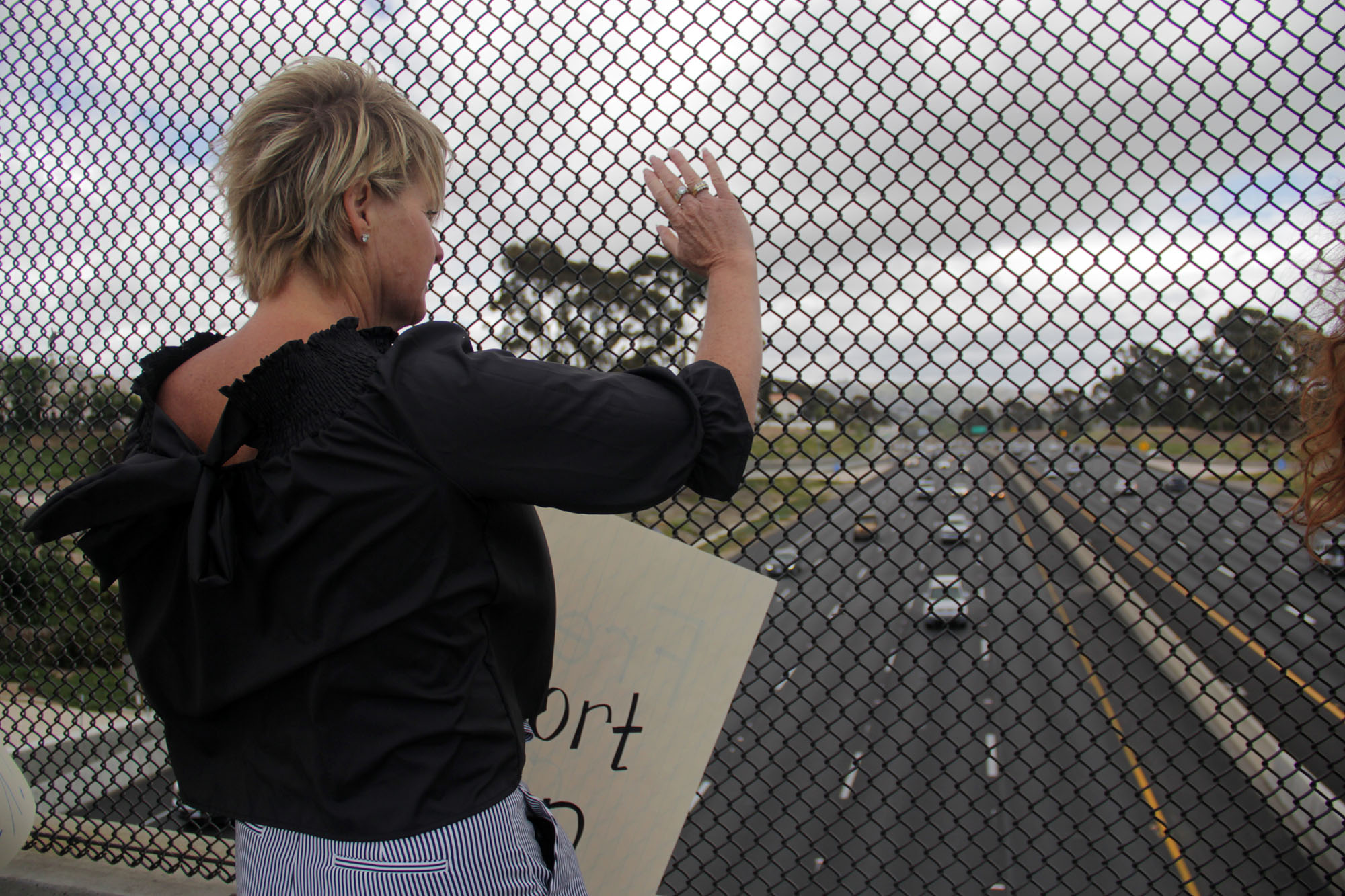 As a show of solidarity with other pro-choice advocates holding rallies throughout the nation, a small group of women from the tri-city area gathered on the Camino De Estrella overpass on Tuesday, May 21, to protest a handful of abortion bans and restrictions that states have passed this year.

The #StopTheBan rallies call for an end to such laws that abortion rights advocates argue are an affront to women’s reproductive rights.

“We’re here because we’re pro-choice, and we believe women should have the freedom to choose. . . . These bans are illegal, and there’s women in these states that need our support, and a large group of men choosing what to do with my womb is not acceptable,” San Clemente resident Traci Arth-Streets said while holding a sign that read “Freedom of Choice” and waving to passing motorists.

States such as Georgia, Ohio, Kentucky and Mississippi, which have GOP-dominated legislatures, have recently passed laws that ban abortions after the detection of a fetal heartbeat, or roughly six weeks into the pregnancy—when most women aren’t aware that they’re expecting.

Other states have either passed or are considering similar legislation to the so-called heartbeat bills. Earlier this month, Alabama passed a law that allows a woman to have an abortion only if there is a serious health risk to herself or the fetus. Alabama’s controversial law also prohibits abortions even in cases of rape or incest.

Proponents of the laws have acknowledged that the bills are meant to challenge Roe v. Wade, the Supreme Court’s 1973 ruling that determined bans on abortions to be unconstitutional, as a woman who decides to terminate the pregnancy is protected under the nation’s “right of privacy” law.

Doreen Dailey of Dana Point criticized the lawmakers who passed these recent bills and stressed the privacy issue.

“I think the choice about abortion and birth control is very, very private,” she said, adding, “It has nothing to do with legislators who don’t know the circumstances.”

Arth-Streets and Dailey said they aren’t worried about any such law coming being passed in California, and that the concern is at the national level, because these bills are likely to be challenged in the Supreme Court, which now has a conservative majority.