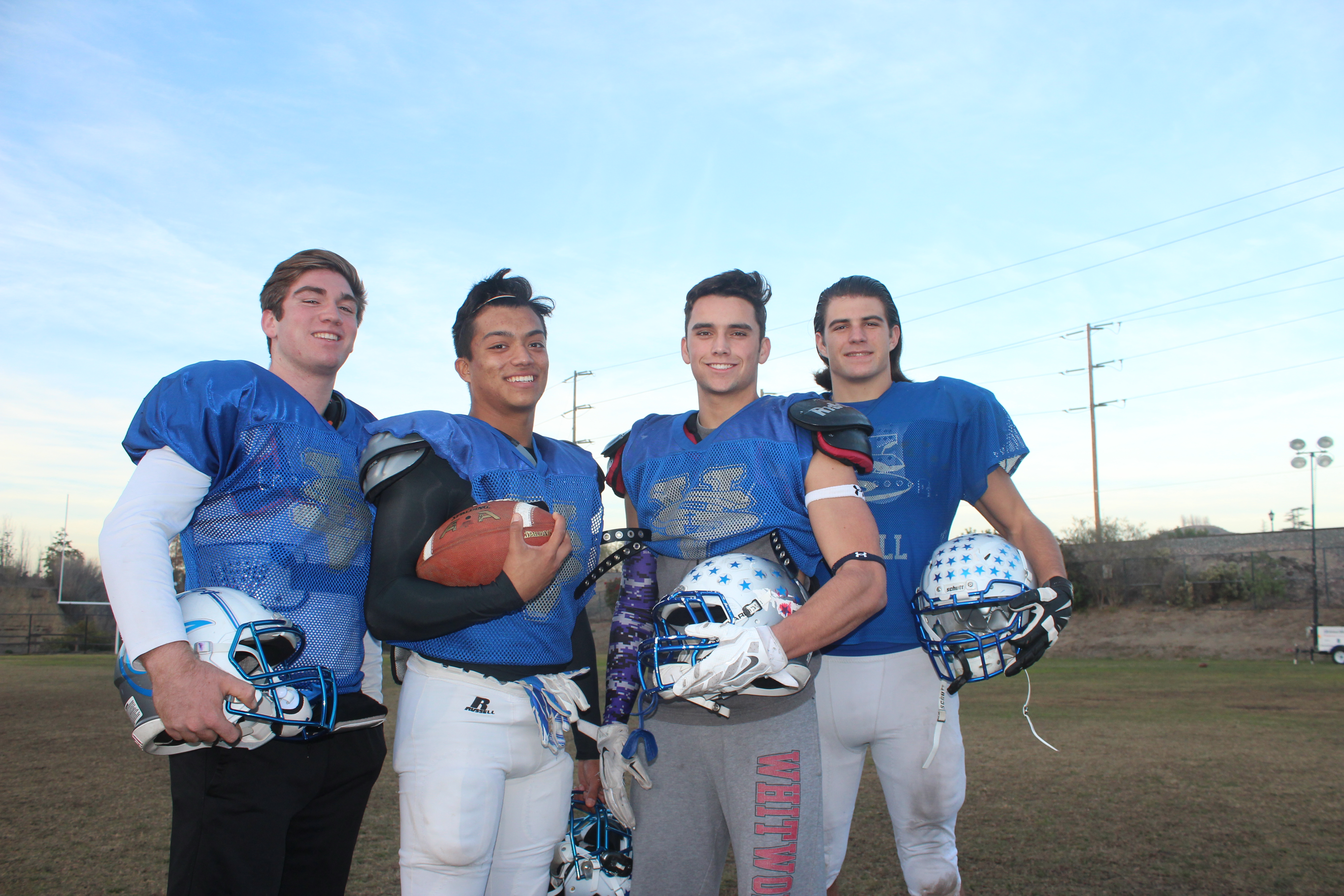 As Brendan Chambers headed to a team meeting Dec. 4, the first-year head coach was contemplating how to tell his football players the news he had just heard.

Undefeated Saddleback Valley Christian was preparing to play Grace Brethren in the CIF-SS East Valley Division Championship game and the entire team was gathered to watch film of their next opponent.

Just a few hours before he stepped into the team room, Chambers was told that Grace Brethren had been forced to forfeit the game due to its use of an ineligible player all season long. The coach decided to watch film regardless. But after three minutes of watching tape, he realized it was pointless. Chambers shut off his computer and told the team it had been awarded the CIF-SS Championship.

The room erupted as the players celebrated the fact they brought home the first CIF-SS Championship in school history. The celebration, however, did not last long.

The Warriors quickly realized they would not be playing Saturday night and a game they had looked forward to playing in all season long was not going to take place.

Hours after news of the forfeit broke, the Warriors received some good news. They were awarded a spot in a CIF SoCal Regional Championship game. SVC will host Kennedy of Delano in the CIF Regional Division 5A South Championship at 7:30 p.m. on Dec. 12 at Laguna Hills High School.

“At the start of the year we were talking about how we wanted to get that (CIF-SS) ring and get that memory. But we actually never got that memory to play in that game with our brothers,” senior running back Dalton Lohman said. “Now we’re looking forward to our state regional game and our state championship game and to make some good memories there.”

If SVC advances past Kennedy, they will play in the CIF State Division 5A Championship.

Not playing last weekend turned out to be a blessing in disguise for SVC. Several key players are nursing injuries, and the week off offered much needed time to rest tired bodies that are entering their 15th week of the season.

Junior quarterback Cade Henjum suffered a leg injury during the playoff run and did not start in the CIF-SS semifinals against Crean Lutheran. SVC shifted its game plan, putting running back David Molina in a wildcat formation on offense that proved effective. Molina sprained his ankle in that game and has been on the mend. Henjum came in off the bench against the Saints but the effects of his injury are still lingering.

Chambers expects both Henjum and Molina to start against Kennedy on Saturday.

The Warriors offense has been able to put up plenty of points in spite of the injuries, but the team’s defense has been at the center of its success in recent weeks. The Warriors secondary recorded four interceptions against powerhouse St. Margaret’s in the quarterfinals and limited Crean Lutheran to just 14 points, despite the fact the Saints started with the ball in SVC territory seven times in the semifinals on Nov. 27.

Chambers believes the Kennedy offense will present a challenge the SVC defense has not faced since Week 5, when the Warriors played Capistrano Valley Christian. Kennedy, like the Eagles, runs the ball at a high rate. The Thunderbirds (10-3) quarterback Felipe Sandoval is averaging only 89.4 yards per game, while the teams’ running backs account for 373 rushing yards per contest. The Warriors front seven will be tasked with containing Kennedy’s senior running back tandem of David Zepeda and Rafael Martinez.

“It’s going to be tough for our defense. I think (Kennedy) is going to come in and try and be ball control, run the clock,” Chambers said. “We have an explosive offense and we want to be on the field. If we can create some stops defensively, I think we’ll be fine.”